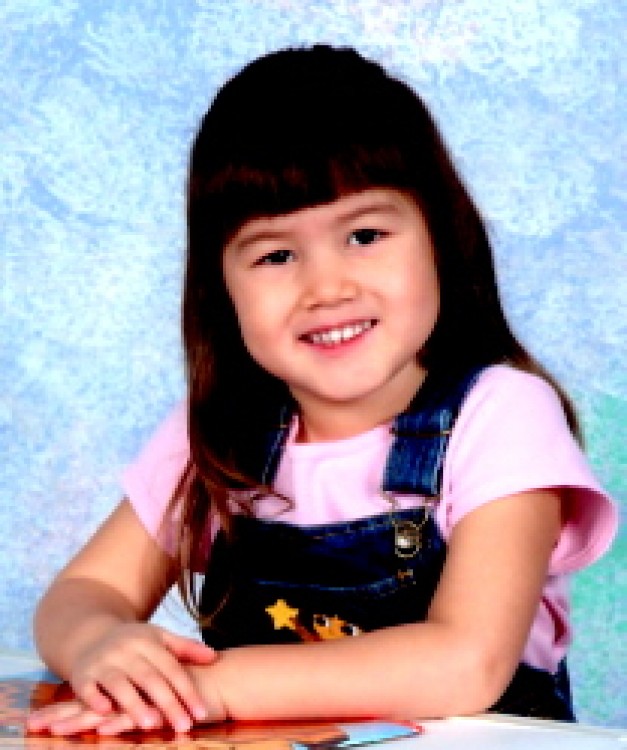 As I sit here trying to put into words our adoption story, my beautiful 3-year-old daughter Raumilya sleeps in the next room. I can hear her stirring as she dreams about who knows what.

Our story isn't spectacular or filled with a lot of heartaches. It's one that started over 3 years ago when we lost a custody fight for my then 4-year-old niece. We fought long and hard, but in the end lost to lies and deceits.

Going through the pain and heartache of the custody battle though opened our eyes to what had been missing in our lives, a child of our own. We knew that we probably couldn't have biological children as we had seen a couple of fertility specialists over the past 9 years of our marriage and they had been unable to find out why I wasn't getting pregnant. I wasn't comfortable using technology to help us get pregnant so we never went that route. We also knew that we couldn't go through the pain of an open adoption and that our chances of finding a toddler girl under the age of 2 through a domestic adoption were slim to none. International adoption seemed like the answer to our prayers.

My brother-in-law and sister-in-law adopted their daughter from Russia when she was a baby, so we talked to them and I read. I read anything I could get my hands on about adopting internationally and did a lot of research on the Internet. I think it was about a month into my research that I found World Partners Adoption. They were wonderful to talk to and I knew right away that they would be the ones to unite us with our future daughter.

As we progressed through what seemed like endless paperwork, we saw many beautiful faces of children waiting for adoption. One little girl in particular caught our eye. Her name was Raumilya and she had the most beautiful smile and these big puffy cheeks that reminded me of a chipmunk with a mouth full of nuts. Because we were still waiting for our home study to be approved by our state, we hesitated about inquiring about this little girl. But then we thought why not, if it wasn't meant to be then so be it. I called our coordinator and shortly thereafter we received Raumilya's medical information and videotape. The video was less than 5 minutes long, but as we watched it, we knew deep in our hearts that this little girl was meant to be our daughter.

Spring came and went and we were well into summer when changes started to come out of the Kazakhstan government concerning adoption dossiers. These changes delayed us being able to submit our dossier by almost a month. I remember being so frustrated with all the changes that when asked by our coordinator if I was okay during a phone conversation one day, I said yes when in actuality I wasn't. I felt like I was losing my daughter even though I knew she really wasn't mine yet to lose. There were many nights I would go into her bedroom, sit in the rocking chair and cry because she wasn't home yet.

Finally, on September 3, 2001 we got 'the call' saying that it was our turn to travel and that we needed to be in Uralsk Kazakhstan in 2 weeks. We were ecstatic. We were finally going to meet the child we had been yearning for since our marriage...the little girl whose face had captured our hearts just a few short months before...our future daughter!

As we readied ourselves for our adventure, getting visas and making travel arrangements, terrorists struck the World Trade Center and Pentagon. In those few moments, America and we as Americans were changed forever. While we watched the events unfold over the next few days, the one thing my husband and I knew with certainty was that nothing and no one was going to stop us from getting on a plane and bringing our daughter home!

We left as scheduled on September 21, 2001 with family and friends worrying about our safety and us, yet all the while knowing that we couldn't not go. We traveled to Frankfurt Germany where we met up with our travel companions, a wonderful couple from Indiana who were adopting two little boys also from Uralsk. After spending the night in Germany we traveled to Samara Russia where our agency's drivers were waiting to pick us up and drive us to Uralsk Kazakhstan. The drive was long, but uneventful and we finally arrived in Uralsk around 4 a.m.

We pick up our agency's local coordinator and interpreter and were taken to our apartment. We're told our meeting with the OVIR wasn't until 2 p.m. and then we would go to the babyhouse after. We were disappointed we wouldn't get to see Raumilya until later in the day, but we were excited to be so close to her. Sleep came very slowly that morning.

Around 4:30 p.m. on September 24, Raumilya is brought to us for the very first time. She was quiet and shy and even more beautiful than her picture! Our interpreter immediately tells her that we are her Mama and Papa and she walks right up to me and lets me pick her up and hold her on my lap. She sat only for a few minutes, but it felt so right and so natural. Instantly my heart was filled with so much love for this child and I knew then what a Mother's love for her child was all about.

Over the next couple of days Raumilya would completely reject my husband and me. That was hard on us, but it was also something we knew she had to go through before she could accept us. Once she did accept us though, she looked forward to our visits and enjoyed them. We spent the next two weeks visiting Raumilya twice a day at the babyhouse, slowly getting to know her and building that Mother, Father, daughter bond that no one can ever break.

We went to court on October 8, 2001 and at approximately 4:10 p.m. our petition to adopt Raumilya was granted and our dream of being a family was finally answered. We became the proud parents of a bouncing toddler girl we named Raumilya Rose our beautiful Kazakh angel! The next day we took our daughter out of the babyhouse for the last time. The good-byes were hard and there were many tears shed. Tears of joy and of sorrow. But as we walked out, Raumilya didn't cry and she never looked back. It was as if she knew we were her parents and that she was meant to be ours. Truly amazing since she was 28 months old and the babyhouse was the only home she had ever known.

It's been two years now since we brought Raumilya home and it's as if she's been a part of our lives forever. I've watched her as she's blossomed from a quiet, shy little girl into a little chatterbox who brings a smile to everyone she meets. She gives the best hugs and kisses, loves Italian food and watching Dora the Explorer and is so much a part of my husband and I that I can't imagine our lives without her. One day we hope to travel back to Kazakhstan to give Raumilya a sibling, but until then, we're content to be a family of three.