Why We Didn't Choose to Adopt Girls 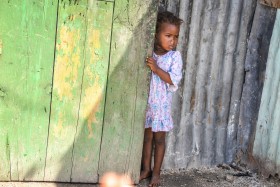 The Need for International Adoption from Haiti

Haiti is widely considered to be the most impoverished country in the western hemisphere, with almost 80% of its citizens living below the poverty line. Due to the extreme poverty prevalent in Haiti, many families are unable to care for their children; 15% of children in Haiti are estimated to be living outside of family care, living them vulnerable to the harsh reality of the world without protections.

In 2010, an earthquake devastated this already poor country, compounding the hardships faced by many Haitians and leaving even more children without families. It is estimated that the number of orphans in Haiti doubled from 380,000 to more than 750,000. This staggering number accounts for almost 7% of Haiti’s population. There is a critical need for international adoption from Haiti.

Since 2010, the country has suffered additional hardships including a three-year El-Niño-induced drought, an additional hurricane and an ongoing cholera outbreak. As a result, the children of Haiti are suffering food insecurity and malnutrition. The Government’s capacities have been stretched to the breaking point. These problems are especially acute for children without parental care.

A Watershed Moment for Haiti Adoptions