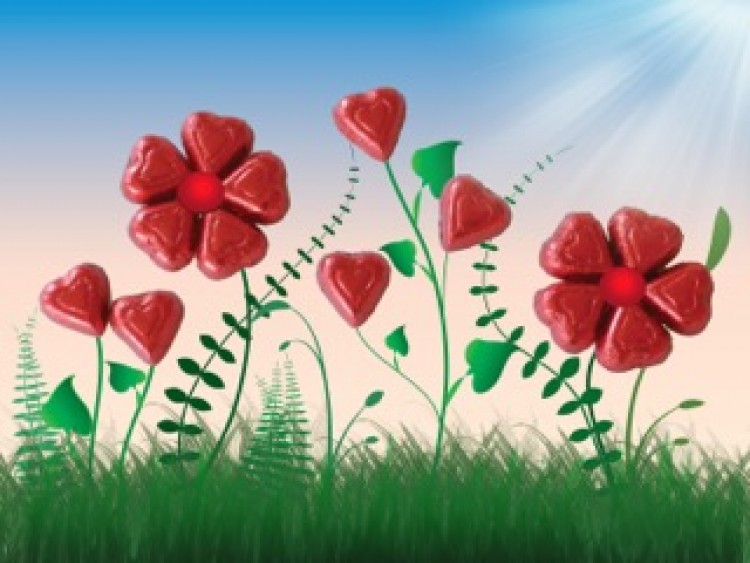 Over there, more, please.

I though I would never have another moment like that in my life, and here we are again, one year into a second adoption, astounded at how far a child can come in such a short time.

When Rebekah came home in 2004, she was a very healthy and happy 5 year old little girl. Because of her severe hearing impairment, she had not had the chance to acquire any spoken or signed language in China, and she was starving for the ability to communicate. She picked up sign language quickly, with English as her second language coming close behind.

Since the first one had been "so easy". I thought that knew what I was in for when I went back to China to adopt my second child, a deaf 3 ½ year old. The day that they handed me my darling Mei in 2006, I knew within moments this adoption was not going to be anything like the first. I had been so focused on my first child being deaf and learning quickly, that I had simply not focused on other delays that might come into play with my 2nd adoption.

At more than three years of age, Mei displayed the skills of an infant. She was skinny, and gaunt, and she was simply seemed so much like a baby, not a toddler. It was hard not to conclude that "there is something wrong here."

I was terrified! I am a single mother, adopting a second deaf child. I entered into this adoption convinced that I knew exactly what I was in for. Rebekak and I molded into a family so quickly that I assumed the next child would come into our family in a similiar way.

I thought that I was taking on something I could handle, but doubts continually ate at me.I knew we were in for challenges, but Mei was ours and we were hers. Rebekah, Mei and I were now a family.

The most encouraging thing any of the doctors could muster was, "I am optimistic that her delays are environmental, but only time will tell". Other doctors weren't that optimistic at all, one fast tracking me to a geneticist to look into syndromes that exhibit both deafness and retardation.

Then there was her big sister Rebekah. "She is perfect Mom, she LOVES me." As it turns out, Rebekah was the smartest one of her support team, and the only one that had the right diagnosis: "Mom, she's just a baby she will learn."

Rebekah was right. Mei was a baby. Even at three and a half years old, mei was an infant with a sharp mind who would prove all her Western doctors wrong. She would learn and thrive. Mei had no exposure to language, stimulation in the shape of colors, sound, light and touch...she had simply remained a baby until someone came along to help her grow up.

We had all been together for about a month when I signed to Rebekah to get her shoes. Mei saw it, and went and got her own.

Another month went by and we started communication therapy (similar to speech therapy, but focused on ASL). Mei had learned that if she made eye-contact she would get information about her world.

Although they had seen her soon after her arrival, at three months home we were visiting Rebeka and Mei's Grandparents, Grandma and Bappa, when Bappa became emotional after realizing Mei's incredible progress. The difference between her arrival as a virtual 'infant' and the simple signs and seeking-out of communication was simply incredible. We could now see the Mei who was trying to break out.

After six months, I was able to communicate through sign language, and Mei could follow most directions. She had even started to answer back with simple signs, like "eat" or more or "bed".

At a year home, Mei had gone from a scrawny size 2 to a size 4, gained 6 lbs and grown 3 inches. She has gone from a baby, playing with her feet, to a toddler playing pretend with her dolls and trying to potty train her teddy bear. And she is putting together full sentences! She received a cochlear implant in China , which failed last fall, so she was re-implanted in February.

With the success of her implant, Mei is beginning to recognize sounds. She loves to hear herself chatter, loves the sound of her own feet stomping when she has shoes on. Do you think I am going to tell her to be quiet? Not a chance!

In hindsight, the only regret I have is having doubted her. I will be forever thankful for the lack of information. Had I known more about her, I would have decided it was more than I could take on. I would have missed out on her delightful smile and watching, for the second time in my life, how much a child can overcome. Mei taught my heart to hear as hers does. With love and acceptance.

At a little over 3 years home, my first daughter Rebekah has gone from 5 year old with no communication skills, to having two well developed languages; she is fluent in ASL and English and I often see her stop and turn around to teach her little sister something. We are a lucky family to have all had such different roads to travel , finally converging as one. Though unplanned and with its own share of obstacles, our path to becoming a family and growing together is one that I know will lead to a bright and loving future for all of us.