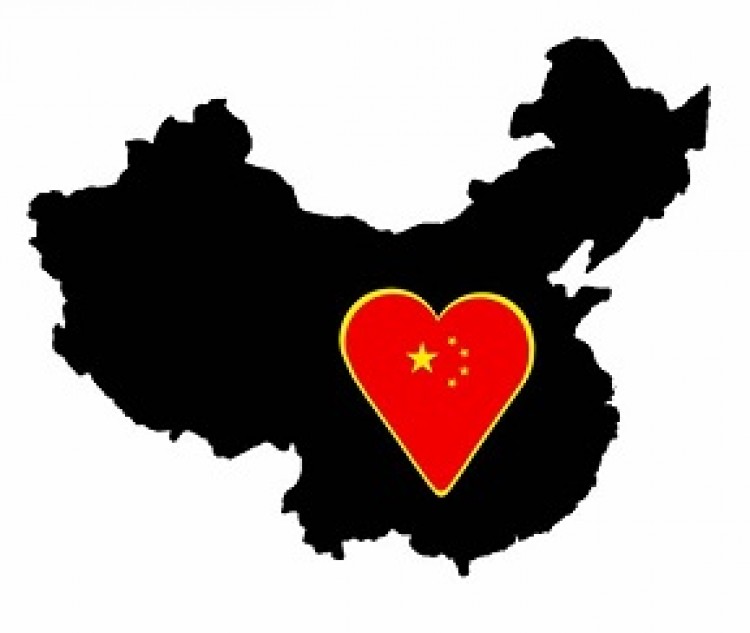 Q: So, you had mentioned that you planned and took your trip somewhat “spur of the moment” for a heritage trip.  Why did you move your timetable up?

A: “I had always told my daughter we would take her on a trip to China “someday”, and I was thinking it would be summertime trip, which is more the “norm”. And, then one August or September a few years ago, I’ happened to hear that my daughter’s orphanage was getting relocated very soon. This, of course meant the building where she had been as a baby would be gone -- long before my “perfect plan” could happen.  I’d previously thought I’d take 1-2 years to plan such a trip.  However, as a mom, it felt an intuitive drive to make this trip happen so my daughter could see the actual building where she had lived. Coincidentally just a few weeks before, our family had attended a summer heritage camp and I’d listened to a workshop on the topic.   So, with the knowledge from that as well as encouragement from friends, I decided to “go for it”. This is pretty ironic, because this was completely outside my “comfort zone.”

Q: What were the obstacles for you?

A: “ My main issue was that it had to be just me and “Emily” (not daughter’s actual name per anonymity requested) for the trip.  The less than 3 months to plan; my youngest child being too young to travel, and of course, overall cost. At the time our daughter was 9 years old.  Somehow a mom, I felt seeing her actual orphanage and the trip itself could be important for her. Turns out, I was right. While I knew she struggled with feeling secure in who she was, I also had an urgency for her to connect to her hometown before too much change happened.

Quite honestly, I had some issues to overcome – my husband wasn’t super keen on the idea of the two “girls” in the family going halfway around the world on our own, (we did not join a group). Something in my gut just prompted me to push past all of the hesitations.  And, I’m grateful that my husband had the confidence in me to trust my “gut instinct”. She came back a changed person. My husband says the same thing.”

Q: Would you explain more about that?

A: “Sure, the most significant benefit was that she became more confident in herself – and, specifically about her role in our family.  When we adopted our son, it was almost like Emily wasn’t quite sure if she belonged anymore.  After the trip, it was like she relaxed enough to fully attach to us as parents.  I think it settled some questions for her that she had never even said out loud – it’s a little hard to describe.  I would even venture to say that the trip was a bit of a turning point for her. She became closer to her dad; she was more secure in her school friendships and had more self-confidence. However, that is not to say it was all wonderful every moment; it is an emotionally intense experience. While not an “easy trip” I would say it was probably the best decision we’ve ever made for our daughter.”

Q: Wow, was there a specific incident or experience on the trip that you feel created that kind of impact for her?

A: “It’s hard to pin it down to one item really -- it wasn’t just one aspect. It’s been a couple of years since the trip, so I’ve thought about this before.  It’s probably the combination of experiences that made it so powerful. Her hometown area visit went better than I had imagined. The orphanage staff provided an incredibly warm and inviting welcome. The facility was well-maintained.   Even the street leading up to the facility was lined with shade trees, so it had a really nice physical look.  Also, I decided to try to locate one of the doctors that cared for her and when we tracked down that doctor, he/she remembered Emily because due to her lengthy hospital stay.  While we didn’t get the information about her beginnings that I had originally hoped we would, it was still a memorable and positive.  Her hometown city was not far outside of Shanghai -- and we had such a great in Shanghai too. Her and I walked along the Bund, did shopping, and I think it felt all so sophisticated for her.

Q: Okay, you’ve told us the best part, what was the toughest aspect of the trip?

A: “Well, for me, it really was just after we landed. The plane landed, and I got out and thought to myself - ‘What I have I done?’  That nagging, worrisome voice in my head said things like: “Here you are in a city where you don’t speak the language with a 9 year old and no other adult.”  Of course, there was the guide, but we were not part of a larger group. My husband was halfway around the world. I guess it wasn’t like I’d originally envisioned. However, I told myself to just get a good night’s rest which helped keep that feeling of sheer panic at bay. The next day, it all seemed more manageable.

Q: What one piece of advice would you share with others regarding trip planning?

A: “It doesn’t have to be exactly as you’ve always planned--it can still be a great time.  Sometimes I marvel at myself lf that I really did that – and with less than 90 days of planning! However, I am so glad I did!  I realize I’d never have known precisely what had been missed, but I think I still would have regretted not going before the orphanage was torn down. Sometimes you just have to grab the opportunities that come around.  And, of course, trust your instinct!”