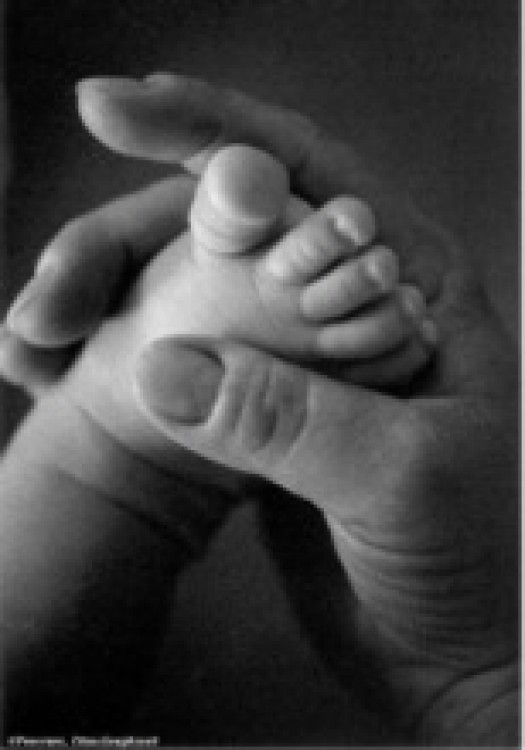 One afternoon, late in the workday, the phone rang.  A few minutes later I  dropped the handle of the phone back in the cradle.  I was staring at the wall, no longer seeing the books and shelves, but the shadowy players in the story I had just been told.  The story that had been relayed was so dramatic that the most reasonable explanation seemed to be “divine intervention.”    I sighed.  How was I ever going to begin the next phone call?  How could I tell a joyful, unsuspecting family of events that had taken the daughter they were planning to adopt out of their lives forever?

Adoption only makes sense looking backwards.  All the delays, bureaucratic changes, and events combine to bring the right parents and right child together at the right time.  This theory is not comforting to families in the midst of the adoption process.  However, when they finally hold their children in their arms, families repeat the same phrases time after time.  I hear how they have the “perfect” child for their family.  They can’t imagine another child; there couldn’t be another child.   THIS child belongs with them.

Some events are quiet and comforting.  I remember one couple who became aware of a little boy with severe clubfeet.  Their hearts went out to him.  They waited almost a year for him to join their family.  When they met him for the first time, his face lit up and he held out his arms.  It was as though he had been waiting for them and was ready to go home.  Only then did they discover that his given name, in its original language, and their family name, in English, were identical.

Some events are dramatic.  My thoughts returned to the phone call.   A caretaker at a small orphanage had invited a childhood friend over for an afternoon visit.  The worker had been at her new job for a short while and was enthusiastic about the small children in her care.  She had pictures of some of them and talked about their antics.

They talked, laughed and exclaimed over the sweet, little faces. Suddenly the eyes of the visitor opened wide.  She swallowed, took a forced, deep breath and tried to sound only casually interested in her next crucial question.  “What about this child?”

In a philosophical sense, only God could look beyond the present and see the specific child that will end up in each family.  But often waiting families have a sense of already knowing their little one in their hearts.  Though the child may be for a long time faceless and nameless, he or she is already loved.  Parents hear the silent cries from far away and are jealous of the tears they can’t wipe away.  They worry about events of potential harm that might befall their child.  The awareness of their child’s existence goes with them everywhere.

There are times when medical information available on a specific child clearly suggests parent and child would not be a good match.  Sometimes, though, there is no identified problem, just an uncomfortable intuition that something isn’t right.  Then the family requests referral of another child.  Often a sense of guilt gnaws at that family. They fear that maybe they have interfered with their “destiny.”  They fear their agency or other parents will view them as flawed because of their choice not to accept a specific child.  But I have found that it is just as likely that this time of misgiving and change is one more movement in the steps of the dance that in the end brings together the right parents and child.

“What about this child?” the friend asked.  The caretaker described the life-saving surgeries that the orphanage had had done on the little girl and remarked proudly, “she is just fine now.”  The visitor struggled to hear her friend’s words over the pounding of her heart.  She looked again at the photo and remembered the day when her niece was born -- the deathly ill first child of her brother whose face she now saw mirrored before her in a small orphanage girl.

There had been the joy of a new life.  Then the horror of how short and painful her life would surely be. Without surgery there was no hope, and without money there was no surgery.  She remembered her poor farmer brother sorrowfully leaving their remote village and, as was the custom, taking the baby far from home to die.  She thought about the jumbled story he later told to the family of a stranger who picked up the dying baby and took her away. Two years had passed.  In a couple of weeks, she learned, the child would be adopted and taken away forever.  The friend cut her visit short and hurried off to share the incredible news with her brother and his wife.

I made the call.  The waiting family was stunned.  They grieved and questioned whether they wanted to continue on with adoption any longer.  The idea of continuing to risk their hearts was painful.  The couple hesitated; struggled; yet they thought of the empty place in their home.  Considering their other children still joyfully anticipating a little sister, they gathered up their courage and held on to their belief that there really was a child that was meant for them.  They refused to give up hope.   They asked for referral of another child.  This family, whose plans were interrupted by the chance recognition of an aunt during a casual visit a half a world away, began to look forward again.

Weeks later they were given information on another child.  They learned her name and birth date, examined her medical history and were informed about her personality.  They overcame their fear and risked their hearts again. They were able to trust that there was some kind of purpose for all of these events.   They sent their new daughter a little book of pictures so she could see what they looked like.  They wanted her to know who they were and what the home was like that she was going to call her own.

A month after that they traveled and returned home with a laughing little spitfire who fit their family.  She had carried their little book of photos around for weeks, they were told, and she recognized them immediately.   She was perfect; a child who perfectly matched what they needed as well as what their family had to offer.  When all was said and done, they would not have reversed the agonizing process for anything, because then they would not have this child and that was unthinkable.  Their family bedtime stories will tell over and over how she was “meant to be” with them.  She had always belonged with them; they just needed to find her.  It all made sense in the end.

And the other little girl, the almost match?  She ended up where she was meant to be too.  She was restored to the family who had mourned her for more than two years.  Returned, as though from the dead, to the parents whose desire that she could have lived had miraculously come true in a fashion beyond their wildest dreams.

Kathleen Looser, M.A, has worked with the International Adoption Program of New Hope Child and Family Agency for more than five years.  The favorite family activity of the Looser family is being keepers at New Dungeness Lighthouse in Sequim, Washington as often as they can.