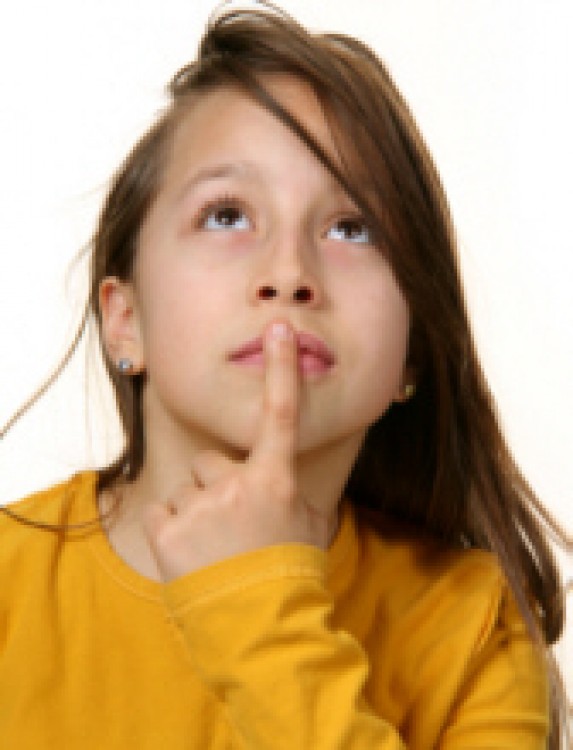 Did she really just say that? Is she kidding? How do I even respond? Her comment repeats in my head. "Your brother is special. Isn't he, Kirsten?"

"Umm" I quickly try to think of something, anything to say. The classroom is completely silent and there are twenty sets of eyes, staring in my direction, waiting for a response.

"I wouldn't call it that"  I finally mumble, almost under my breath. It was the best I could come up with.

"Well, why don't you tell us a little bit about him,"  my 10th grade religion teacher, Mrs. Smith, continues.

As to ensure that the misery does not last any longer than it should, I give her the information she is looking for. "He's adopted. I guess that makes him special."

"And how old was he when he was adopted?"

"And where was he adopted from?"

I fidget with my pen at my desk. My face must be bright red. I am completely mortified.

In high school, an incident like this is almost intolerable a complete social disaster. Letting the cat out of the bag about having a brother who is adopted internationally made me different, and different was just about the last thing I wanted to be in 1Oth grade.

I am hoping the questions will end there. Of course, they do not.

"So, how do you feel about having a brother who is Asian?"

The lesson for the day was about diversity. I should have seen it coming.

"It's okay, I guess." I knew I had to say more than that or she would just ask more questions. "People sometimes stare at us when we are out in public, which bothers me."

Luckily, this comment satisfied her. She moved on to something else, probably probing some other poor, innocent victim in the class discussion. I stopped paying attention, reveling in the fact that I was no longer in the spotlight.

I immediately deemed it one of the most embarrassing moments of my life, fearing word would spread throughout my high school before fourth period. Of course, I was completely overreacting, like any fourteen year old drama queen would.

Almost everyone at our small, private high school knew that my younger brother, Keith, is adopted from South Korea . I was not revealing the answer to some great mystery of life. Even more, I had answered those same questions about 6 million times throughout my life from curious strangers and good friends alike.
Interestingly enough, I have not given the same answers to these questions six million times over. The responses became monotonous and boring after some time, so my brother and I started answering creatively.

A few times, my brother has informed the curious person that I was actually the one adopted into an Asian family. I always just smile and go along with the story he constructs about my "adoption." We have simply stated that the mailman is Asian, allowing the inquisitor to come to their own conclusions. Other times, we simply ask curiously, "What do you mean, we don't look alike?" tilting our heads and wrinkling our faces awkwardly, like we have never, ever heard the comment before in our lives.

Of course, not all moments in the life of a silent sibling can be reduced to the melodrama of adolescence or private jokes to silence strangers. Every once and awhile, it can be difficult and upsetting.

When I was seventeen, I experienced one of these powerful moments at the most unexpected of times. I was staring blankly at the sheet of paper in front of me. "This is supposed to be the easy part," I thought to myself. I had just begun, not even reaching the middle of the first page, but I was unsure of the answer. Had I simply forgotten? Was I never told the answer? Was it assumed by those in the know that I was fully aware of what should be written along the dotted line? Most importantly, my answer was crucial to being accepted into college.

Yet, I was not sitting anxiously in a classroom taking the SATs or ACTs. Instead, I was sitting at my kitchen table, listening to a television show faintly playing in the next room. I was attempting to fill out college application forms. "Place of Birth" was the question and I had no answer. I yelled to my mother, who was ironing upstairs. "Hey Mom, Where was I born?" " Manchester , New Hampshire ," she yelled back, nonchalantly, as if I was asking her the time. However, her answer only brought about a flurry of questions, quickly running through my head. How did I not know my place of birth? If I did not know my place of birth until that point, did that mean it didn't matter?

The most compelling issue for me was that I could tell you exactly where my brother was born. In fact, I had been there, and it was halfway across the world. The year before, I traveled with my parents and younger brother to South Korea to tour the country and visit the small city in which my brother was born. After being adopted by my family as a small baby, the journey to South Korea was very important to him.

I was now concerned that we had never traveled as a family to Manchester , New Hampshire , so I could witness first hand the sights and sounds of the small city. We had moved shortly after I was born and I did not remember any of its intricacies. I suddenly felt incredibly envious. My place of birth was not foreign or exotic. In fact, it is so uninteresting it had been forgotten. My envy turned into upset, realizing that something that is so central to my brother's identity was completely lacking in my own. I was then forced to question my identity, a task that is grueling for anyone at any age.

It took some time to realize that a large part of my identity was due to the fact that my brother is adopted from South Korea . Although in high school I may have thought it was the end of the world, I have come to realize I am so fortunate because of it. I have been exposed to experiences that I would not have otherwise even dreamed of being a part. I have eaten plenty of Kim Chee, attended numerous Korean Culture Camps, and seen countless Korean presentations, celebrations, and picnics. Furthermore, Korean storybooks fill our shelves and Korean artifacts decorate our home. I have even traveled to South Korea , encountering the culture first hand (or suffering from culture shock, as some call it). Although I felt as if I had Kim Chee coming out my ears at times and was speaking Korean in my sleep every now and then, I inevitably learned the great value of diversity with these rich experiences.

After all of these rich Korean cultural experiences, my parents thought it would be a great idea for me to explore my own Polish cultural heritage. So, we traveled about two hours away to the annual Polish Festival in our state. It was truly enlightening, as the events of the day included seeing the largest Kielbasa in the world and numerous carnival rides. I was on the edge of my seat for the most thrilling part of the day a Kielbasa eating contest. I cheered loudly for the winner, who was an elderly woman, weighing no more than 100 pounds. Needless to say, it was not exactly the experience my parents were looking for, but quite enjoyable nonetheless.

Although not an official member of the triad, siblings are fully engulfed by the world of adoption. In fact, having a sibling who is adopted internationally means being an ambassador to the world of adoption: answering endless questions from various, interested people, attending enriching cultural events, among many other tasks, both large and small. It often requires reporting to others who are not aware of adoption not only the basics, but also intimate elements of the everyday life of your family that would otherwise remain private.

At times, the role of ambassador can be a heavy burden, especially since no sibling has asked for this life-long appointment. On the other hand, it can provide diverse, eye-opening experiences that most are not lucky enough to experience and even allow siblings who are brought together by adoption to bond in ways that biological siblings often do not.

Despite how difficult or upsetting it can be at times, it is all worth it to have happy memories of playing "Home Run Derby" in the backyard, building snowmen during the snow days in the winter, and watching the same movie (like Home Alone and Mighty Ducks, for instance) over and over again. No matter what the circumstances, having a sibling is a wonderful thing. There have been many moments in my life when I have felt bad for those who are not lucky enough to have siblings they'll never know how much they are missing.