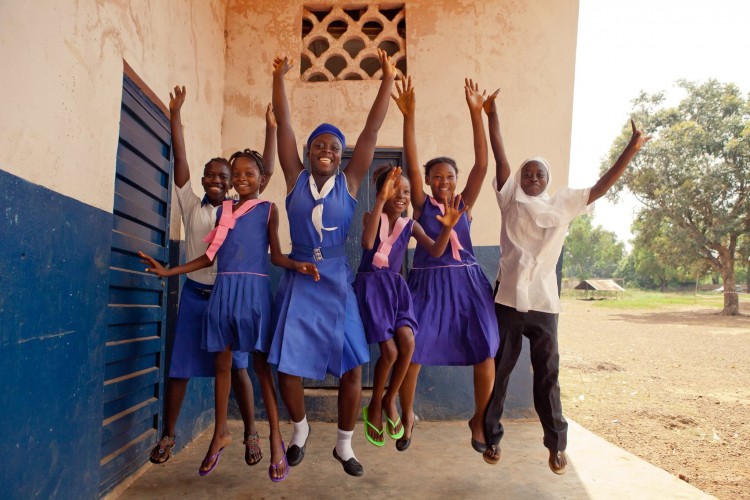 The mission of She's The First can be summed up in two words.  Educate. Girls.

When it was first launched in late 2009 by a group of recent college grads and students, nearly 70 percent of the children without access to education were girls. Using social media to highlight this fact She's The First went live and soon it was providing the opportunity to do something about the inequality in education for girls in the simplest ways possible.

She's the First challenged a growing community of supporters, some who may not be able to finance a sponsorship indivudually, to come together and collectlivley pool their money to provide a scholarship for a girl. With fundraising ideas as simple as bake sales and poker nights, She's the First began spreading their message. Since its first Facebook post, She's the First has grown to serve 647 scholars in 11 countries.

The educating of girls isn't just about equality, its also about economy. Research consistently shows that educating girls and enabling their participation in the workforce substantially increases a country's GDP, or economic output. An extra year of primary school for girls means they can earn 10-20 percent more on average.  Girls with a secondary education have an even bigger return of 18 percent in future wages compared to 14 percent with boys- She's the First

The fundraisers pick one of the partner organizations vetted and chosen by She's the First to donate the proceeds to. The causes range from BlinkNow's Kopila Valley School in Nepal; to the Selamta Family Project, in Ethiopia that protects orphans, vulnerable children, and marginalized women; to the Sacred Valley Project in Peru, who educates students who have come from indegenous Quechua-speaking rural communites.

After picking a partner organization and a scholar to sponser the fun begins.  Fundraising! There are countless opportunities to make a real impact and help girls become the first in their families to graduate. From hosting a cupcake sale to working out through the Charity Mile app to asking for donations to be directed to She's the First instead of wedding gifts, really the creativity of the fundraising is up to you.

Once the fundraising is complete the scholarships are distributed.  One of the most impressive aspects of She's the First fundraising models is that 100% of all contributions designated to their scholarship fund go directly to their partner schools to support the education of girls around the world.  For other programs, including campus chapters, and critical administrative costs, they are funded through a separate pool of generous indivudual donars, foundations, and corperations. She's the First is also represented on high school and university campuses all over the country by 177 independent chapters.  Campus chapters host fundraisers thoughout the year to sponsor girls at She's the First partner schools, while spreadiing awarenenss and creating dialogue in their residence halls, student centers, local community, and social media. Throughout the year chapter members are active supporters of girls' education. They are invited to work with like minded student organizations, professors, and administration to raise funds through unique and creative events and campaigns.

She's the First is a player in a larger global movement empowering young women to reach for the stars in the classroom and beyond.  As an educated woman thrives, so to will the community surrounding her.  This is something we all know as truth today.

Want to change a girls life? Inspired to start your own She's the First fundraiser? Visit here to get started!

Advocating for Down Syndrome Children in China