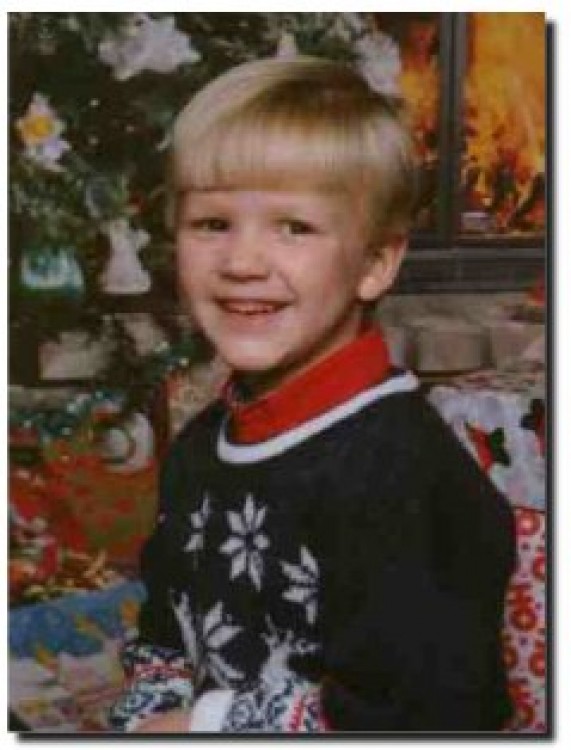 On Easter Sunday 1992 our world came crashing down. Our middle child was killed in an automobile accident. Family had not come easy for us. After five years of infertility treatment we adopted a baby girl through our county services agency. She lit up our world. Later, we were blessed with two biological sons. Our life was filled with all the joys of parenthood: T-ball, soccer, dance and Christmas pageants. Then came the nightmare of loosing a child. It put a hole in our hearts and that of our remaining children.

Shortly after our loss our younger son asked if we couldn't adopt a child from another country. He had a friend who had been adopted from Korea and also had siblings from India and Vietnam. We had no idea how to begin a foreign adoption and, at the time, were not ready to do this. However, the seed for adoption had definitely been planted. As the months passed we decided to apply at the county agency where we had adopted our daughter. Being in our early forties we asked to adopt a child near eight. We were told within a year we would have a child. The years began to pass, and we began a log of countless phone calls to the agency. After waiting five years we were told we would have to become foster-to-adopt parents in order to adopt a child. In this program a child can remain in your home and care for up to two years with the possibility of being returned to their family at the end of that period. As a family we made the decision that we could not put ourselves in this situation.

At this point we had no idea what direction to go in when we received a pamphlet in the mail from General Motors, where my husband worked. Inside was an article on adoption late in life. We immediately called and spoke to a counselor. After several conversations the counselor felt an Asian adoption would work out best for us. She sent us information on several agencies, and we applied to one and began the process of adopting from China. We were also given the name of a local couple who used this agency and called them for guidance. Upon talking with this couple, they shared with us they had difficulty getting through to their agency and had begun getting answers to their questions from another agency, Families Thru International Adoption. They suggested we call this agency as they were so willing to help when they had no commitment to help them, just a genuine desire to see children adopted successfully. We called Families Thru International Adoption and also felt their sincerity in making adoptions happen. We changed agencies and soon came to know the staff at FTIA as family as they helped us complete our dossier for China.

After waiting several months for our referral we were informed China had made an official change in their adoption laws. If you currently had a child living in your home you could no longer adopt a healthy child from China. We would now have to take a child with special needs. As we speculated over this, we remembered talk of our agency beginning a Russian program. We contacted FTIA and were encouraged to become one of their first families to adopt from Russia. With no hesitation we re-did our dossier within weeks traveling to notaries, courthouses and our state capital with a vengeance.

Shortly after completing our Russian dossier we received our referral. Two pictures of a precious three year old boy named Sergei. We also received an eight page medical report. We learned Sergei had been given up for adoption at birth. His Russian family was simply too poor to care for and feed him. Sergei looked very healthy in his photos. His medical mentioned some respiratory problems and as it turns out he has asthma. The moment we saw the picture of this little child we felt he was meant to be ours. We began to pray God would watch over him until we could bring him home. The agency even made contact with their coordinator in Russia who confirmed he was a very special little guy. He had been at orphanage number 1 in Khabarovsk, Russia his entire life, exactly half way around the world from us.

What a joy the next few weeks were as we decorated his room and filled it with books and toys. We had to purchase clothing for the season in Russia, which was cold.

We met with a group of other adoptive parents for a travel meeting before leaving for Russia. The agency was very helpful in answering all the questions we had about travel in Russia, money, food and accommodations. It was so exciting to share our pictures of Sergei and also see the other families' pictures of their children.

We had made the decision that just Greg would travel to Russia. We received ten days notice of his travel date and found out he would be traveling with one of the couples we had met at the travel meeting. What a rush those ten days were, gathering all the things he would need for his trip. The fun part was packing Sergei's clothes and picking out toys that would keep him occupied on the long trip home. The phone began to ring off the hook as the word spread to family and friends that Sergei would soon be home with us.

Greg left for Russia the last week of March 1997 and met up with another FTIA family in New York for the flight to Moscow. They were met at the airport in Moscow by their Russian interpreter. Greg stayed with the interpreter and his family while in Moscow. He found them to be very warm and friendly. As most Russian families, they had very little, but were most willing to share what they did have. They wanted to know all about our family and asked to see pictures. In the two days Greg spent with this family, they took him to see Red Square and the Kremlin. As Greg waited in Moscow, he was introduced to families returning from Khabarovsk with their children getting ready to return to the U.S. Most of these families stayed at a nearby apartment for FTIA families.

Greg flew on to Khabarovsk on the Russian airline Aeroflot. He found this airline to be much more flier friendly than the American airlines he had used. He arrived and was again met by an interpreter and taken to an apartment where he would stay with another adoptive couple. Soon after arriving a driver came to take him to the orphanage to meet Sergei.

As God had planned it, my husband met our son on Easter day in Russia. He called me at home and was jubilant over our little boy. He was perfect, everything we dreamed and prayed for. He was a little shy, until Greg gave him a big Mickey Mouse and that broke the ice. For the next three days Greg visited the orphanage daily and played and bonded with Sergei. He also interacted with the other children and staff. He found all the children to be very healthy, clean and well cared for. He visited the areas of the orphanage where the children ate, slept, exercised, played and had their music time. He found the caregivers to be very affectionate toward the children. Although there was not a lot in the way of toys, the children delighted in what little they did have.

During the time Greg was not at the orphanage he was being driven around finishing official paperwork. He had to appear in court on his fourth day for a Russian hearing on our adoption. He was quite nervous until he was introduced to the court interpreter, a grandmotherly lady, who informed him in broken English, not to worry, if he messed up she would fix it. Her smile and words put him at ease. After hearing our case a decision was made by the judge immediately in our favor. Sergei was ours! The judge and all the people present sincerely congratulated Greg and were very happy for this little child to be going to America.

Greg returned to the orphanage to pick up Sergei. Once there the caregivers knelt down and asked Sergei if he was ready to go home...he ran over and wrapped his arms around his new "poppa", he was ready. But, before leaving Greg asked him if he would like to give his Mickey Mouse to someone. This little boy who had never had a toy of his very own, walked over and gave it to a child who had been his close friend. We were indeed blessed with a special child.

That first evening in the apartment in Khabarovsk, as Greg tucked Sergei in bed for the very first time he felt a little hand tug at his thumb under the covers. Our son held tightly to his poppa's hand, they were bonded.

The next day they boarded a jet for Moscow. Just the day before Sergei had ridden in a car for the very first time. Little did Greg know he was about to experience his first fatherly duties; two hours into the flight Sergei became air sick. Wet Ones started flying at Greg from all over the plane as other adopting families pitched in to help him.

Now back at the Moscow apartment, Sergei was taken for one last physical and then to the State Department for clearance. They celebrated heading home by going to McDonalds in Moscow for dinner. Sergei loved french fries so much, he slept with a bag in his hand that night.

The following day was the long journey home. After eighteen hours Greg and Sergei arrived at the airport. As I tried to hug this beautiful little boy, he would have nothing to do with me. He clung tightly to his poppa, as I at this point was only one of fifty new faces looking at him.

As we turned the corner to our street it was a sea of American flags as our friends and neighbors welcomed Sergei home. Once inside he quickly made up to our cat and by the end of the week he knew I was momma. Sergei is a most loving and affectionate child, there was never a problem with bonding. He picked up English so quickly that language was never much of a problem. The only real problem we experienced was getting him to sleep in his room at night. We contacted FTIA as they had asked us to contact them if we had any problems. As it turned out the children at the orphanage were used to sleeping with all the lights on so that the caregivers could keep an eye on them. At this point, we simply left the lights on, read him a story and he settled down for the night. Our older children are thrilled with their little brother and the love he has brought our family is unbelievable. We simple cannot imagine our family without the joy and laughter of this child.

Once we began the process of adopting from Russia, the system went smoothly and was very organized by the staff of FTIA. We would recommend them to anyone wanting to do a foreign adoption.

Sergei is now five years old and ready to begin kindergarten. He passed all his testing with no delays in any area. We thank God for Sergei as we look forward again to the joys of parenting.