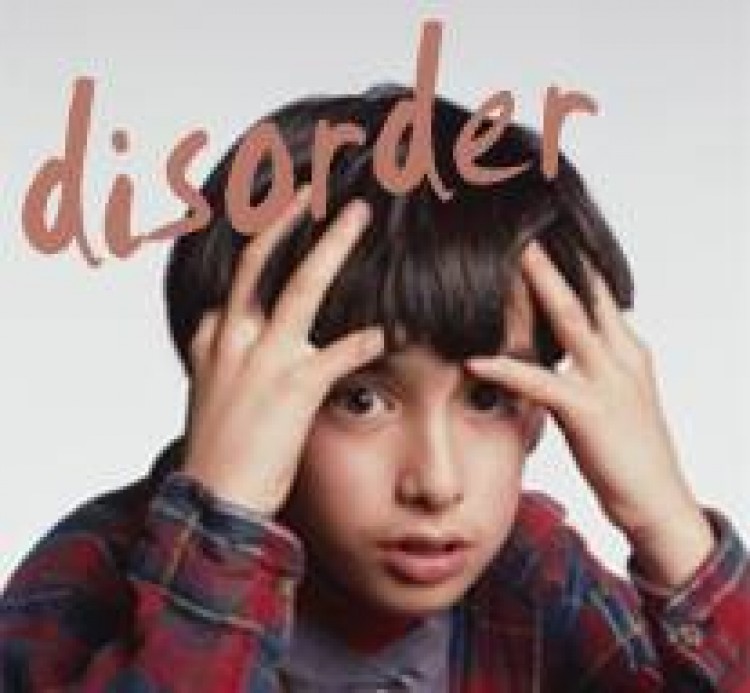 Being the mother of three older post-institutionalized children, I've had to acquaint myself with a variety of developmental issues, most of which I'd never heard of before I became an adoptive parent. Over the last 14 months since the adoption of my second and third child I've learned a great deal about Sensory Integration Disorder, it's symptoms and therapies, as well as it's critical effects on all aspects of a child's life. According to a number of "experts" who deal with post-institutionalized children, Sensory Integration Disorder is normal within the context of the development of any child who has been institutionalized for more than a year. It is by no means a syndrome that is limited to children who have suffered from institutional conditions.

SID can occur in children who have been hospitalized early or for long periods of time, or who have suffered from some sort of trauma and disruption in their developmental process. Most of us who have adopted older children know to expect some fairly frenetic behaviors soon after we have our new children in our care. Any and all buttons will be pushed, every light switch will be turned on and off hundreds of times, drawers will be opened and closed and the contents thoroughly riffled.

I expected all these things last year when we brought our two new children home in October. But with one of the little boys, it didn't stop in the usual 6 - 8 week period. Instead it went on without slowing down a bit. Not only that, he chewed and sucked on all his clothes constantly, but when he sat down at the table to eat, he'd just play with his food and often refused to put anything into his mouth. He was quite rough with us even though he was only 31 lbs. For many weeks he seemed to "lead with his head" slamming it into any and all objects leaving him with huge welts. He fell down constantly - often on purpose - and would be up and going again after a really tough fall without feeling any pain. He never seemed to know exactly where he stopped and the rest of the world began.

I talked to his teachers about his "accident proneness", and they all said that they had noticed it, too. Sergei often had bloody noses at school those first several weeks. One day while he was walking hand in hand with his teacher through the parking lot, he walked right into a car. Another time he walked into a tree. My first thought was that the child couldn't see well, but nothing else in his behavior led us to suspect this was the case.

As we moved through November and December, I began to see glaring delays in Sergei's development, too. His English acquisition was lagging well behind his older adopted brother's, and he seemed to have serious gross and fine motor delays. I put out some feelers on the world wide web at a-parent-russ and asked for suggestions and direction. Several people wrote that they strongly advised I get Sergei evaluated by a developmental pediatrician who was knowledgeable in sensory integration issues. So began my journey into the complex world of SID.

What is Sensory Integration Disorder

According to Sensory Integration International, Inc., when we think of "the senses", we can easily call to mind taste, smell, sight, and sound. The senses of touch, movement, force of gravity, and body position are so natural to most of us that we assume our way of dealing with incoming sensation is common to all when in fact, it is not. Our sense of touch (tactile sense) enables us to identify a diverse world of sensations from gently pleasurable to protectively defensive." Our sense of movement (vestibular sense) responds to body movement through space and change of head position. It is central in maintaining muscle tone, coordinating the two sides of the body, and holding the head upright against gravity. Body position ( proprioception) is that sense which enables us to move different parts of our bodies smoothly without having to observe every action. Proprioception enables us to automatically adjust ourselves to prevent falling out of a chair, or to manipulate objects by hand such as pencils, buttons, eating utensils, and combs."

"It is this interplay between the senses, and their organization for use that is termed sensory integration. The tactile (touch), proprioceptive (body position), and vestibular (movement) senses are particularly important in providing knowledge about motor planning which involves having an idea about what to do, planning an action, and finally executing the action."

We went for our preliminary evaluation in January. The developmental pediatrician was clearly concerned about Sergei's small size (at 5 1/2 he was 40 1/2" and weighed 33 lbs -he didn't even make the charts) and his lack of coherent speech. She diagnosed him as "Failure to Thrive" and suspected sensory integration disorder to be one of his biggest problems. She sent us to an occupational therapist for further evaluation.

In early January, we had our first trip to the occupational therapist. She immediately picked up on the distractibility, decreased body control which caused him to fall or run into objects, decreased awareness of pain, and poor body awareness in relation to his environment. She also noticed that he was unable to screen out extraneous noise and visual stimulation causing him to be constantly overstimulated. He fit the classic description of a "Crasher", a child who needs deep pressure on his body to help organize his sensory system.

Our short term goals were simple. We wanted to 1) Improve his sensory modulation so that he could attend to a task without being distracted by his surroundings, 2) Create body awareness so he could move around in his environment without running into or "crashing" into objects, 3) Help him with his vestibular system so he could sit and attend for longer periods of time without fidgeting, and 4) Begin a deep touch program to improve his ability to organize sensory stimulation and improve his body awareness.

We had a one-hour-a-week session that went on until the end of the school year. At the same time, the special education coordinator at Sergei's school (who has a child with Sensory Integration Disorder!) got him an IEP designation as "Other Health Impaired" which made it possible for him to get special services at school as well as privately. I attended the therapies with him so that I could continue the training at home. By the end of May, Sergei was improved significantly enough to be provisionally discharged from O.T. for the summer. We decided on a program of swimming, beaching, riding bikes, rolling in the grass, having water fights, golfing, soccer, and digging in the garden to carry us through the summer months.

By late August as school was beginning, we had seen some major changes in Sergei. His distractibility was much diminished. So, too was the "crashing" behavior. When he ran into something, he registered the pain! As school began, he had no trouble attending for significant periods of time. Where months before he had wandered aimlessly around in his classroom, he now settled right down to work and began learning his numbers, the alphabet, and the computer. The school personnel were amazed about his progress and thrilled that the early intervention had been so successful. His IEP has been re-evaluated and his school-based o.t. has been discontinued. Our last private session was at the end of May.

We had hoped that occupational therapy would have helped more dramatically with speech and language. There is a program of deep-pressure "brushing" which is often used in conjunction with Occupational Therapy. For many children, "brushing" has dynamic and positive results. Unfortunately for Sergei, this technique was TOO dramatic and had the opposite effect that was intended. It caused severe regression for him in language skills, bladder and bowel control. This is not the normal reaction to this particular therapy, but it can and does happen from time to time in very sensitive individuals, so we stopped that particular part of the therapy.

But, less than a year ago we had a little boy who couldn't sit on a chair without falling off. Today we have a youngster who swims like a fish, rides a two-wheeler, plays soccer, golf, and can hit a baseball like a pro. Yes, we still have some problems, particularly with eating. Oral sensory problems are some of the hardest to overcome, but with time and a bigger appetite they should eventually disappear.

The important thing for all of us who are adopting children from backgrounds of deprivation and neglect is that Sensory Integration Disorder may be an issue you'll have to face with your kids. If caught in time, evaluated properly, and given appropriate occupational therapy, vast improvement in your child's developmental progress can be accomplished. If you suspect your child has some of the following symptoms, see a developmental pediatrician and get a private evaluation by an occupational therapist or clinic that knows about Sensory Integration Disorder.

Activity level that is unusually high or unusually low

Poor self concept (may appear lazy, bored, or unmotivated)

Typically, a child with sensory integrative disorder will show more than one of the above signs.

For some excellent reading material on the subject: