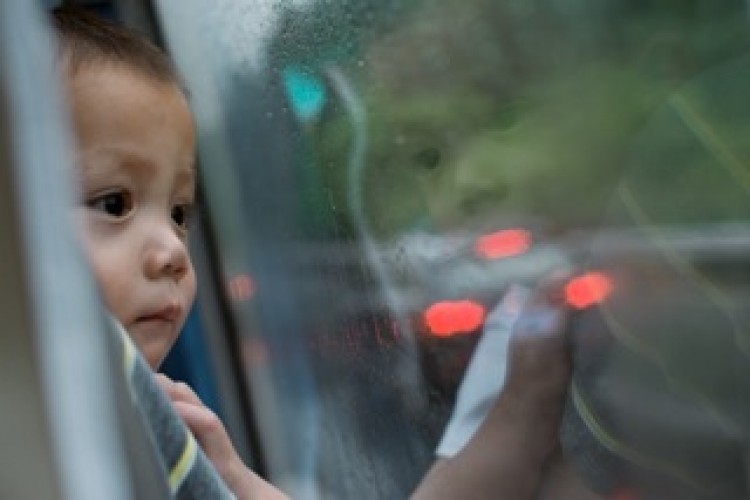 From the moment that adoption was on our hearts, it was always China. As I would read blogs about China adoption stories and browse the waiting children lists, I felt deep in my soul that soon, I would be looking into the eyes of my future child. It was always China. Always special needs. And always a girl.

Because it was China, we assumed there were girls upon girls waiting. We believed, like so many others, that the effects of the one-child policy in China were still rampant and that there were baby girls just waiting for families. I read blog upon blog written by families who had adopted from China, and at that point, most of them had adopted girls. This gave me a vision for what adopting from China would look like, and I started to dream of adding a daughter to our family.

See, we have two boys already. So adding a girl seemed like a no-brainer. As we were submitting our medical conditions checklist, we also checked “girl” without even giving it much discussion.

And we started to plan to add a girl to our family.

That is, until we started getting emails from our agency that read:
There is an urgent need for parents to adopt boys, but you will wait 6-9 months for a girl.

An URGENT NEED. It is boys who need families. The orphanages and foster homes were not overflowing with girls… but boys. It wasn’t the difference in wait time that bothered me. At this point, our documents had already been in China for nearly 3 months. I was fully prepared to wait longer for a referral. In fact, the timeline moving closer scared me a bit. But email after email came in expressing the fact that boys are waiting for families, while families are waiting for girls.

My heart broke. Every time.

Because, I have two boys. Two rowdy, incredibly active, sometimes defiant, but always sweet and up for a snuggle, all-out boys. I love having boys. I really, really do. As much as they exhaust me, it is a pure pleasure to raise men. And man, I wrestled in a huge way with the fact that boys were waiting, and we were saying NO based on the fact that they are boys, when I had two boys I adored right at home.

We prayed about it for months, uneasy. And I began to feel a little lump in my throat every time I said we were adopting a girl, because it started to feel like when I said that, what I was really saying was “no” to a boy. One night, after discussing the possibility of changing our stated preference for a girl, I was struggling to sleep and felt a huge sense of God telling me to trust Him with my family. However it may grow. However many children he has for me, it is already in His plan. I can trust Him.

It seems to me that God led us to China before he led us to a boy. Like most people, I associate China with girls. In fact, over 75% of families who adopt do so specifically asking for girls — especially families adopting from China, which is one of the few countries that allow you to specify gender. And I was one of them! The truth is that now it isn’t “girls” who need families through international adoption in China so much as kids with special needs — and in that crowd, boys and girls are equal.

But boys wait longer, because more people are asking for girls.

Now, I want you to hear me on this. I do not believe that if we had decided to only be open to a girl, that it would have been wrong, immoral or selfish. I don’t believe that at all. So, those of you who feel God’s call on your life to adopt a daughter, DO. PLEASE do. Right now, the way things are, yes you will wait for a daughter; the only people who are adopting girls are people who are specifying that they are only open to a girl. And I believe God can give you a vision for adopting a daughter. But if you feel that check in your heart like we did, please don’t ignore it. Now, Owen has been home for nearly eight months and we have been simply amazed by how well he fits into our family. He was made to be in a family of boys, and the bond between him and his brothers blows me away.

Owen has such a tender heart and while I feel he wouldn’t hurt a fly, he can keep up with his rowdy brothers like he never skipped a beat. He bonded with his brothers quickly, and I think their camaraderie has helped him to feel secure in our family. We’ve been amazed at how quickly he has caught on to language and the many ways we’ve seen him flourish in the past eight months. My boys are now 2, 3 and 4 years old. We are knee-deep in Legos, matchbox cars, play-doh and superhero costumes. Having grown up with only a sister, the world of boys is new to me. I always imagined little boys being loud (which they are), over-active (which is often), and rough (we’re working on it). What I didn’t know was that boys can be so very affectionate. I have three of the best snugglers on the planet. And their imaginations are inspiring. I truly enjoy being with my kids and when I see the three of them together, I wouldn’t have it any other way.

Bringing Owen home has certainly changed the course of his life, but we too will never be the same. Adoption, while it hasn’t always been easy, has changed our life in a beautiful way. Owen’s quick transition can only be attributed to God’s grace. We certainly didn’t feel like we were ready or had it all figured out when we brought Owen home last May. But through the whole process, we have seen God lead us (often confused and sometimes scared) to this boy and lead this boy home. We are certain that God intended for us to be his parents, and what a gift it is to be his mama.

If you feel the tug in your heart to adopt, I would suggest you do so with open hands. Expect to be surprised. And expect to be changed and blessed in ways you never imagined.

I Am Proud to Say I Close Down Orphanages

Adoption Lifestages: Understanding How to Support Your Child