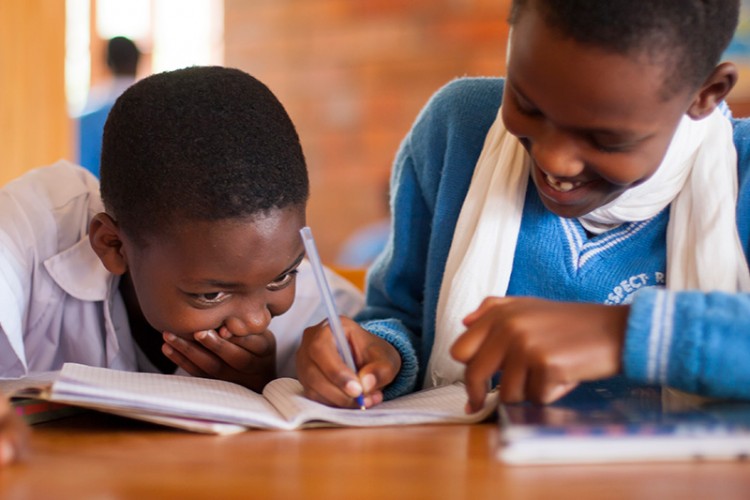 In Rwanda, a quiet revolution is emerging at the Maranyundo Girls School – a model program for empowering economically vulnerable girls and educating them as future community leaders. The country of 11 million has long been synonymous with the Genocide that defined it 20 years ago. Today that image is changing. Citizens are turning their eyes towards the future.

The new Rwanda focuses on a Vision 2020 Strategic Plan for Growth, developed in 2000. The plan outlines short-, medium-, and long-term goals of macroeconomic stability, reducing dependency on aid, transforming to a knowledge-based economy, and creating a productive middle class. One of the primary issues of the plan is gender equality.

Gender equality can be observed in the country’s leadership, as it undergoes a power shift. The country is first among 20 sub-Saharan nations which have quotas on the number of women in government positions of power. In 2012, 56 percent of seats in Parliament in Rwanda were held by women. In the U.S. and other industrialized nations, the number is below 19 percent. Prof. Joyce K. Fletcher was one of the founding members of Maranyundo Girls School, which has become a model in Rwanda for its Vision 2020 goals of nationwide empowerment. Prof. Fletcher is Distinguished Research Scholar and Professor of Management at the Center for Gender in Organizations, Simmons School of Management. She relied on her knowledge of leadership development when she joined a group of visionary women from both countries, who together in 2006 built the girls’ school.

The school, which opened in 2008 as a middle school of excellence in the rural areas of Nyamata, serves grades 7-9. The girls learn shared responsibility, and personal and professional empowerment. The motto, “If you educate a girl, this serves to benefit an entire community” is one of the guiding principles.

Exceeding all expectations, Maranyundo quickly became one of the top schools in the country. Three years after it opened, the administration of the school, while maintained as an independent school open to students of all faiths, was turned over to the Benebikira Congregation. The Benebikira sisters are a Rwandan order of Roman Catholic nuns highly respected for their commitment to the poor, their dedication to academic excellence and their compassion and heroism during the Genocide. According to a statement by First Lady Madame Jeannette Kagame, “If you gift the school to the Benebikira sisters, in 20 years you will still have a school of excellence.”

This has already occurred in just three short years. In January, their plan is to open a secondary school of science and technology, with the land purchased by funds raised by the girls’ parents.

In 2015 Maranyundo Girls School will add grade 10. Each year they plan to add an additional grade, so that in 2017, it will become a complete secondary school, including a science center, a new library and a teacher training facility and resource center.

A complete secondary school is exactly what the students of Maranyundo requested when asked what could improve the school.  "Expand the school so we can stay here through High School!"  And now MGS is on its way towards making their dream a reality.

The new Maranyundo Girls High School of Science and Technology will be in accordance with the country’s Vision 2020 goals for education, which include class size, degree-qualified teachers, and access to technology. Sister Marie Juvenal, head of school at Maranyundo, said that, as Rwanda is trying to “rebuild its soul,” it requires education as key in creating a good, moral citizen of the country and the world. The school’s goals include professional development, where best practices can be adapted to the cultural context, so that all instructors could learn from this model school and the teachings can spread. Although founding member Prof. Joyce Fletcher is no longer Chair of the Board of the Maranyundo Initiative, she is still an active board member and strong supporter of the school. Through her regular visits to the country, she has witnessed firsthand the influence of girls’ education and the leadership of women in this country which is reinventing itself beneficially for its future.

Since English became the official language of Rwanda in 2008 (from French, which had been the colonial language since the 1920s), the task of information sharing has become easier. For Maranyundo Girls School and other schools in rural Africa which are serving to empower their young people, the model includes educational supplies. The school’s current needs and 5-10 years into the future include textbooks and technology. In this increasingly mobile world, their needs are more for cell phone batteries and android tablets than desktop computers. In the words of Prof. Fletcher, the leadership developing at the school is aiding the country to rebuild itself.

Read more about the Benebikira Sisters and all the incredible work they do in Rwanda, Burundi, Uganda, Congo, Kenya, and Rome.

To Connect and Be Loved...