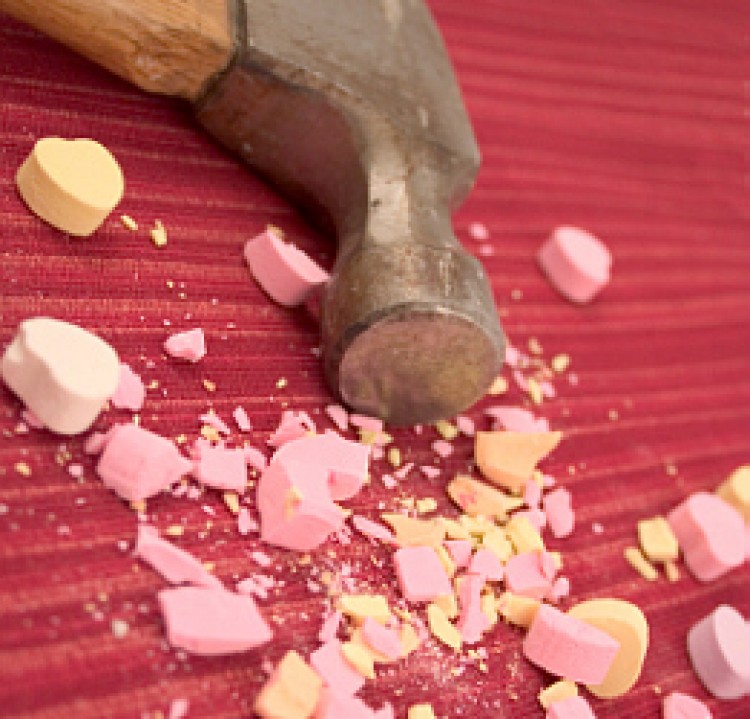 One of the known risks of adopting a child from an orphanage is Reactive Attachment Disorder. Individuals with the most serious level of this personality disorder are unable to give and receive love. They cannot develop the ability to form successful relationships, or accept responsibility for their actions, and lack cause-and-effect thinking, empathy towards others, and a conscience. They are typically angry, oppositional, defiant and do not trust others. While Insecure Attachment can be ambivalent, avoidant or disoriented-disorganized, Reactive Attachment Disorder (RAD) is a continuum, from very mild attachment issues to the severe cases of extreme autistic or sociopathic behavior. Some people prefer to label milder cases as attachment problems, and limit the term Reactive Attachment Disorder to serious cases.

Until recently, many adoptive parents assumed that only post-institutionalized children adopted as toddlers and older were at risk of developing Reactive Attachment Disorder and that babies under age one would quickly and completely overcome early emotional deprivation once they were in a loving family. Indeed, this may be a factor in choosing only to adopt an infant. But many adoptive parents are discovering that children who seemed to have attached well as infants begin to display symptoms of attachment problems as toddlers, preschoolers, or in elementary school. As they grow older, new inappropriate behaviors, typically more extreme or excessive than developmentally normal, may indicate emerging unresolved attachment issues.

For normal emotional development, babies need a primary caregiver who responds quickly, consistently and lovingly to their demands, so they learn that their needs for food, clean diapers, pain relief, etc will be met. Through these interactions, they develop trust and attachment. Babies need to feel that their world is safe and secure. The baby has an internal cycle of need-rage-relief-trust, which should be completed hundreds and hundreds of times. Babies also need a one-on-one interaction with a caring individual who cuddles, plays interactive games, sings and talks to them. They need to be touched, to receive and give smiles, and to get lots of eye contact from a loving caregiver. This consistent, constant, warm and playful interaction with the caregiver is how a baby learns to receive and to give love.

Orphanages cannot provide continuous individual one-on-one care. In many institutions, a succession of nurses give minimal physical care, changing diapers infrequently, occasionally washing the babies, and propping bottles so the babies feed themselves. Babies are left alone for long hours in their cribs. With a ratio of one caregiver to perhaps ten or twenty babies, she cannot attend to each infant when the baby cries from hunger, pain, and discomfort, or for attention. When she does not respond to crying, the babies never learn to trust that their demands will be met. Nor do they get the cuddling, baby games, baby talk, and other playful interaction they need.. As a result, babies may give up trying to get their needs met, and feel only the emotions of rage, helplessness, fear and shame, never developing the trust, and the sense that the world is safe and secure, that are essential for successful attachment.

BUT MY BABY BONDED RIGHT AWAY!

Internationally-adopted children are unattached when they first meet their new parents: after all, they are total strangers! The child initially regards the new parent as a yet another caregiver. Children who were already attached to a caregiver will be distressed at being handed over. They will grieve for days, weeks and even months, acting withdrawn and passive, or endlessly crying, or furiously angry. A child who shows no feelings of loss but is happy and smiling from the start may actually have significant attachment problems. A baby who clings desperately to the new mom, and shrieks when separated for a moment, is not instantly bonded, but terrified. It is a trauma bond necessary for survival. Most internationally-adopted children resolve their grief, and gradually and successfully bond with their new parents. Within a few days, the baby or toddler usually shows a preference for mom and dad, has good eye contact, and accepts caresses and comfort. Even unattached babies often learn to love within a few weeks and months, with the care and attention of a loving family.

If a baby continues to refuses to make eye contact or interact with parents, and has no preference for them; dislikes being held and cuddled; does not hold on when held; never cries, even when soiled, hungry or in pain, or cries all the time and throws terrible tantrums; continues to be totally clingy (the velcro baby) and fearful of separation; has severe sleep problems; and self-injuring repetitive behaviors, the parents usually recognize that their child has attachment problems, and seek help. Parents who adopt older children also recognize attachment problems quickly, as they are generally educated beforehand about the known risks of attachment problems in older-child adoptions, and the symptoms of Reactive Attachment Disorder in school-age children are well-known.

The post-institutionalized children who do not get the help they need with attachment problems are those whose symptoms are not obvious from the start. They seem to attach well, but gradually show more and more symptoms as they grow older. When they are toddlers, many parents fail to recognize signs of Reactive Attachment Disorder, as the behaviors are often typical of normal toddlers. But when these children become preschoolers, and still misbehave like toddlers, their parents become concerned. Typically, parents have an instinctive gut feeling that something is very wrong with their child. Yet they, and the pediatricians, social workers, psychologists and counselors they consult, often misdiagnose the problem as Attention Deficient Hyperactivity Disorder, Oppositional-Defiant Disorder, autism etc. and turn to treatments and therapies that are not effective. One reason they do not consider Reactive Attachment Disorder is that children age two to five do not exhibit most of the symptoms recognized in school-age children. Another is that often the child appears well behaved and affectionate to others, reserving the misbehavior for Mom alone.

Symptoms of Reactive Attachment Disorder in toddlers and preschoolers include toddler behaviors that are more intense and persistent than in normal toddlers:

All of these behaviors eventually result in the parents' limiting or curtailing any outings or social contact involving the child. Other behaviors that parents of normally-attached children would find worrisome are:

They feel shame, that they were unwanted by their birthmothers, and believe they must have been bad or defective to be rejected and abandoned. The lack of loving attention in the orphanage only reinforces that shame. They remain convinced that they will eventually be thrown out again, for being bad. These children usually feel anger towards their birthmother and birth family, for abandoning them. Their anger towards their adoptive mothers is actually directed at their birthmothers: they have not differentiated them. They may also feel anger towards the orphanage caregivers for the neglect and abuse they endured, and towards the adoptive parents for not rescuing them sooner. They may even feel anger about being removed from their country of origin. They are not convinced that they are really loved, and that they are permanently part of the family. To protect themselves from being hurt again by the loss of love, they may reject parents' attempts to attach, and use distancing behaviors, refusing to interact or communicate with parents. Children with insecure or anxious attachment often believe that if Mom did not give her full attention, she does not love them. If she is absent, or paying someone else attention, she has stopped loving them. Deprived in the orphanages of the constant care they needed, these children do not trust adults to meet their needs; they felt responsible for their own survival. So these children lack trust, and need to be in control at all times.

There are, of course, other causes of atypical behaviors, such as other mental illnesses, Post-Traumatic Stress Disorder, Sensory Processing Dysfunction etc -- many arising from the same early deprivation, neglect and abuse that causes attachment problems. But if a child does have Reactive Attachment Disorder, whether mild or serious, none of the therapies for other mental illnesses or learning disorders will be effective. The underlying cause remains, and behavior will very likely worsen. There are specific therapies which work for attachment disorder, both for the child and for the family. But they are most effective when the child is young. The sooner these hurt children get appropriate therapies, the more rapidly they will heal, developing the capacity to give and receive love, learning to trust, and coming to see themselves as loveable and worthwhile individuals.

Read more of Jessica Gerard's articles at Voices of Adoption