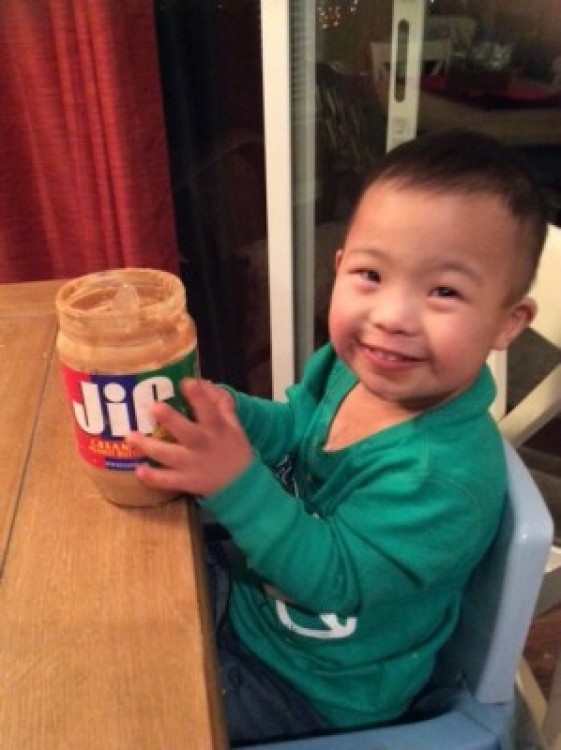 We thought about it for a few minutes when we got the email from Living Hope about their new hosting program. And, then we moved on. It was a neat thing; but, it would be great for the families who could do it. We weren’t one of them. We had a lot of reasons not to.

- It’s our first year with our four kids in school full time which means my first year to be doing more outside the home and actually get some things done.

- We travel a lot, like a lot a lot. In fact, my husband had a trip to China scheduled over the hosting time.

- We had just finished hosting a family here last year. That experience did leave us with some empty room, but it also left us with the knowledge that hosting is not easy.

- It cost a good bit of money.

We didn't think about it again until late October. The agency had hoped to bring over 20 kids but since it was the first time they were doing this, they were only at 11. A flurry of emails went back and forth, and lots of conversations happened which four children became a part of. We asked the question, "Why would we not do it?" and all of the answers that seemed to roll off our tongues months before could be summed up with one answer, "It would be really hard." And, we just decided that that answer wasn't enough.

- Our kids were excited about making our Christmas traditions be about joy for someone other than ourselves.

- We had been just talking about how we were learning that we can only be filled up again and again when we are poured out.

- That cost that had seem daunting had been provided, nearly completely provided, down to our social worker even offering a few hand-me-downs the little pumpkin could use when he arrived with only the clothes on his back. (Yup, couldn't even use finances as an excuse.)

So, we kinda closed our eyes and held hands and said yes; together as a family we said yes. We knew it would be hard. It's been a long time since we did this. Our life is really different now. We're in a good parenting season right now. He will be in such shock. What will he be like? But, our kids kept reminding us as we waited for his arrival of why we said yes. They promised they'd help. They promised it would be their ministry, their way to serve, their gift this Christmas to offer the King. They wanted a little one around here who they could help take care of and help find a family for. They were compelling, though Mark and I wondered what that would end up actually looking like in all practicality.

Let me give you a few glimpses of what it has looked like. Living Hope had 11 amazing children come for the current hosting session. They have been having a wonderful time, and the host families have enjoyed getting to know them.

The children below still wait for their forever family to step forward. To learn more click on the link with the child's name: 
Living Hope Adoption is a Christian adoption agency, granted full Hague Accreditation, located in Pennsylvania. We are staffed by an enthusiastic and caring team of professionals committed to providing you with all of the international adoption services you need. Adopting a child is a big step for anyone to take, and our staff takes pleasure in providing future parents support and guidance to make the transition of becoming a family as smooth as possible. Living Hope offers home study and post placement services to families within our direct service area who have adopted internationally. Our purpose is simple: to provide homes for children who need a future, and do it with a level of care and compassion that goes well beyond one's expectations.