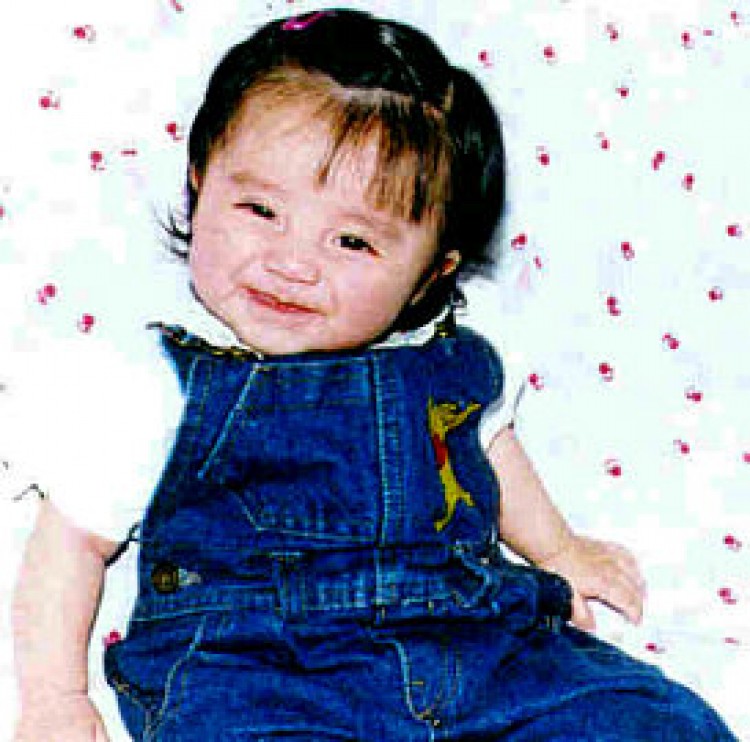 In some odd turns in our adoption journey, about 6 weeks after we picked our daughter and continued with the processing of our daughter, we had the opportunity to adopt a newborn boy. We knew we wanted more than one child. We hadn't really planned on them being virtual twins!! Oh well - this little baby boy was in desperate need of a placement and we loved the idea of having the chance to raise a baby from newborn on (since this is fairly uncommon in international adoptions) and he was from our original choice of countries.

So we adopted a boy in August. All the while, waiting for Ana. The wait has to be worst part of adoptions. It just never seems to end. We received far more photos from IAR than anticipated (and I think than usual). Somehow, we have photos from Ana from her first week and then every 4-6 weeks after that. We were really hoping to have her home by the end of the year. Well we were really close. We cleared MP and actually, the new birth certificate and passport were even issued in Dec. But in an unprecedented move, the US embassy decided to close its doors for adoption visas in late Dec. through mid January. They feared some Y2K crisis like half of the rest of the world. 7-month photos arrived on Christmas eve.

Y2K came and went throughout the world without a hitch. The US Embassy decided they would start issuing orphan visas earlier than initially planned. Great we could go earlier than expected. One more hitch - in a logical move our attorneys in Guatemala decided to take vacation since all of the government offices were closed down any way. We could go alone that week and do it ourselves. The attorney clearly was against this and IAR was not too hot on the idea either although they knew and accepted why we might go. The night before leaving, a volcano erupted closing down the airport in Guatemala City. Of all the things we had encountered and worried could postpone or cancel our adoption (UN investigation of adoptions, elections, new politicians in power, Y2K, etc.), a volcano was never one of our concerns. But, the airport had been reopened and the volcano seemed stabile well for a volcano.

Dave flew. The next morning, bright and early, he met our daughter at the embassy. In the early afternoon, I called the hotel. She was ours finally!! My first encounter with her is hearing a very sad, sobbing baby over the phone. The foster mother stayed for a while in the hotel and then left. Ana cried for an hour until she fell asleep. When she woke up she was fine. Dad was her life now. When I called a few hours later, she was crawling, squirming out of diaper changes, throwing toys, etc

Our daughter came home the next day. As the airplane pulled into the gate, I cried. I stood waiting - video and still cameras in hand in tears. A woman next to me, in a moment of brilliance asked, "Are you waiting for somebody important?" I often wonder about people who ask such bizarre questions. I simply said "My daughter is on that plane and I've never met her." The wheels in her brain were spinning on that one. Of course, my family was the last off the plane.

Ana came to me right away. Smelled of the tuna sandwich she smashed on herself and her dad on the plane. For 10 minutes, she was happily going with me. Then she wanted Dad. For the next few days, Ana cried pathetically if her dad left the room. It was as if she knew her foster mother had entrusted her to him. But I was somebody different. Dad is still her favorite she is very much 'daddy's little girl' and he is loving it. After all, our son is a big time mama's boy!.

While waiting for Ana to come home, we worried about her health, her development, etc. Ana is small, but not unhealthy. She's just small. She was and remains way ahead of target developmentally. This is a little girl who clearly had a lot of attention while in foster care. She was not lacking for anything. She is also amazingly resilient. Within 2 weeks, Ana seemed fully adjusted to the monumental change in her life. However, in her 3rd month home, she became more animated and her personality emerged more. We really will never know if this is just an age issue or if she has developed a new level of comfort and feels more at ease being expressive.

We feel very fortunate to have our children - both are healthy and normal. We couldn't ask for anything more.