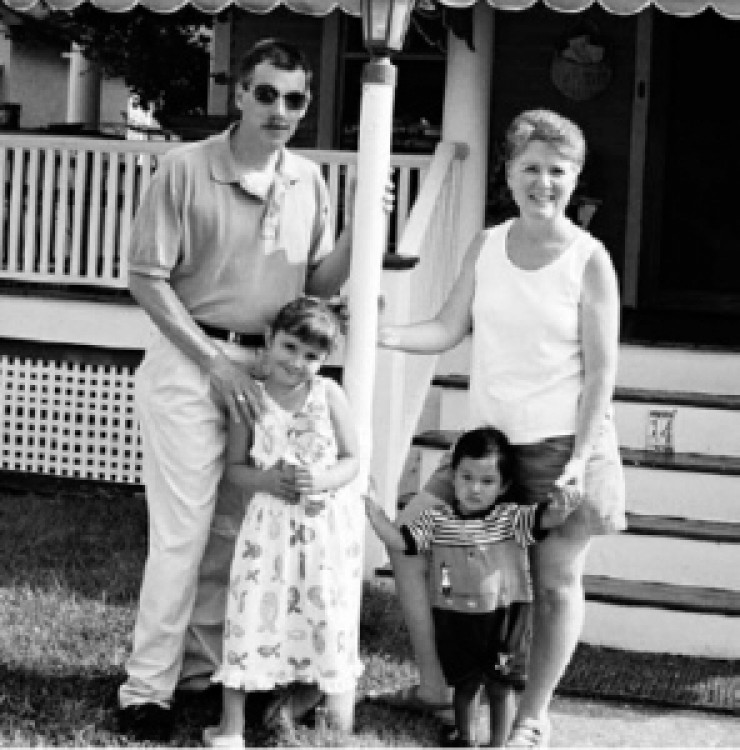 Mary Ann Gibbons and Michael Healy, a laughing, loving couple who married later in life, fall a little too far on the right of the age graph for many adoption agencies. “We faced some challenges because many adoption agencies thought we were too old. It limited our options, but in the end that didn’t matter,” Mary Ann explains.

The couple had already decided on Adoptions Together’s Guatemala program, a program that accepts older parents. Also, Mary Ann and Michael had adopted a half-Hispanic daughter a few years before and knew they wanted a Hispanic son close to her age. To their delight, the agency assigned them a nine-month-old boy on St. Patrick’s Day—an unmistakable message to an Irish couple.

Shortly thereafter, political dissention erupted in Guatemala, abruptly and indefinitely halting all international adoptions. “It was a hard wait,” Michael remembers, “but we attended Waiting Parents Meetings, which became our support group.” Mary Ann adds, “It was hard, but an agency staff member, Anne Polasko, helped keep us up to date on the situation in Guatemala.” As Michael laughingly puts it, “if a tamale fell in Antigua, we knew about it.”

Mary Ann and Michael’s ability to find humor in setbacks stems from an unshakeable belief in the adoption process. “There is a certain magic about adopting; things just happen, and it seems to all work out despite whatever

Mary Ann and Michael share a simple philosophy about adoption: “these things are meant to be.” Despite the obstacles sometimes inherent in adopting a child, there are moments of light that MaryAnn describes as “magic, magic, magic” and that Michael adds are “almost spooky.” Good news about Mauro’s adoption came on meaningful dates: the assignment came on St. Patrick’s Day, the placement on Mary Ann’s parents’ wedding anniversary, and finalization came on Michael’s 50th birthday.

Mauro took a few days “to decide if he was going to accept us,” Mary Ann says, “but by the fourth day he made eye contact, and we knew that he’d made up his mind.” Michael laughs, “on the plane ride home from Guatemala, he acted like he’d been with us forever. People thought we’d had him since his birth.”

For Mary Ann, Michael, and their family, things that are meant to be will work out in the end.

Contributed by Adoptions Together, Inc.