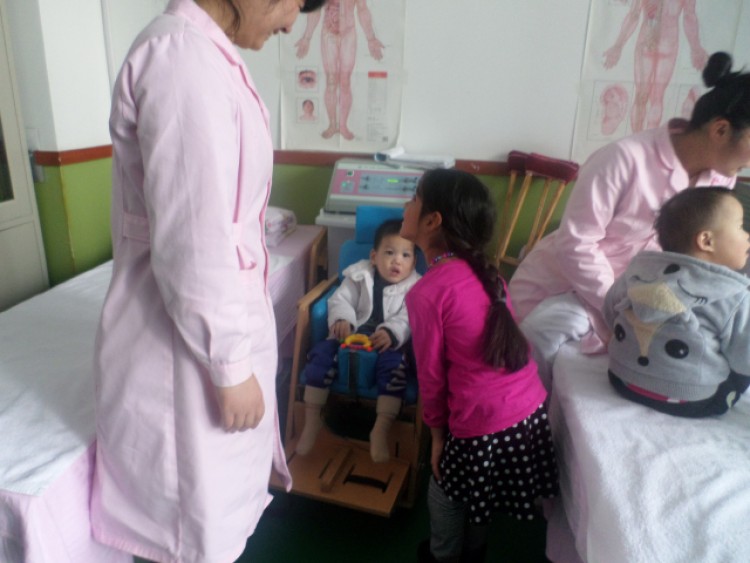 This quote has hit me where I live from the very first time I read it.  You see, the girl I love most in the world used to be an orphan.  She is one no more, of course.  She has been transformed into a daughter, a granddaughter, an American kindergartener, a niece, a friend and an all-around well adjusted, if not bossy six-year-old.

This past week, Clara and I had the opportunity to spend time in a certain Asian country getting to know 13 current orphans, one of whom will soon be our new daughter and sister.  To say that we were changed by this time would be an understatement.  We made new friends — some American, some Asian — all of whom have impacted our lives for the better.  And we saw the faces and held the hands of countless little people whose lives are on hold as they wait to belong.

I choked back tears a lot on this trip — watching a beautiful, funny little 11 year old boy turned loose at a buffet for the first time with his plate loaded, eyes shining… at a ten-year old girl sobbing at the beginning and end of a week of camp for the simple reason that her little heart longs for a mommy above all else… at a little boy, quiet and well-behaved all week weeping through the song he and his friends performed at the closing ceremonies entitled “I Want a Family.”

I gave up and let a few tears trickle as I watched my spunky, vivacious former orphan charge into therapy rooms ahead of camera crews and actual dignitaries so she could bounce over to the children who still wait, hold their hands, and chatter to them in English.  (She never did quite catch on that no one could understand her without a translator.)  She told one little boy “We are not your perfect people, but don’t worry, we’ll help you find them.”  To another little one she sang her original song “All you need is a family.”   At one point in the trip, after getting to know all of our winter camp kids, she confidently announced to me “Well, Mom, all we have to do now is find families for all of dem.”

While our week overseas was spent getting to know Annelise Nina, who will come home to us sometime after the first of the year, it was also spent observing and falling in love with 12 other kids, several of whom have already found families through the intrepid advocacy of our beloved Nina, who organized this trip, and a host of other AMAZING adults who participated.

The rest of them still need families and are incredible children who would be a huge blessing to any family who chooses them.  It is very unusual to have access to this much information about a child available for adoption — this type of winter camp is a pilot program and one that I hope will become commonplace in the future.

These kids need families and, having met them and spent a week with them, I can’t ignore them — or any orphan — any longer.  If you’ve ever considered adoption, there’s a better than odds chance that you’re supposed to adopt.  What are you waiting for?

'Tis the Season to Practice Compassion with Your Children

Our First Christmas Together