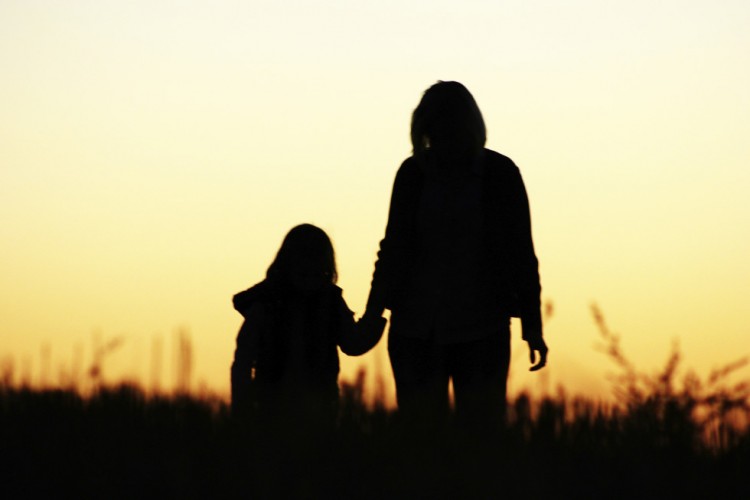 Holt adoptive mom Anne Silas* has adopted two children from China who, because of the stigma surrounding HIV, waited for a family for seven years. Here, Anne shares the realities of raising children born with HIV — and how the biggest parenting challenge she faces has nothing to do with the undetectable virus in their blood.

* The author has chosen to write under a pseudonym to protect the identities of her children.

They come running to me after a long school day, the two of them, bright and beautiful in their rubber rain boots and their colorful jackets. They’re almost twins, at 10 and 11 years old, and their faces light up as they catch sight of me. When the weight of their dual hug hits me it knocks me backwards and I laugh as I grab them tight. “Wo ai ni!” I greet them in their native Chinese. I love you. It’s our constant refrain since we met them, not that long ago.

These, my precious third and fourth children, came to us through adoption from China. Their special need, as I tell those who ask, is that they have been left waiting far too long. And now they are the older children nobody chooses to adopt.

But there’s actually more to their story.

Our children’s HIV is not a secret. It’s just private. Only a few of our closest friends know our children’s real story because it is THEIR story, and not ours to tell. But the truth is that because of a treatable blood-born virus, our two children waited in an isolated group medical home for over seven years before being adopted.

The truth is, China still isn’t so sure anyone would really want these children because of the virus they carry. The hard truth is, even now, hardly any Americans choose to adopt a child with this blood-borne illness.

We checked the HIV box on our medical form almost by accident. Our casual conversation, held while doing yard work, went like this: “We could adopt HIV positive, right?” I asked between sweeping strokes while my husband responded, “Um, maybe? I guess?” Taking that as affirmative, I went inside and checked the box, knowing that of course THAT would never happen anyway. The very next day we got a call from our agency. There was a child already waiting. Nine years old. HIV positive. Would we like to see her file?

The little girl whose pictures flooded our computer screen the next day took our breath away. Her dazzling smile still takes my breath away every day. An artist, a lover of people, a brilliant future engineer, a joy-bomb. That’s my girl. Her medical files read absolutely perfect except for that one little hitch. Abandoned around age 3, her routine blood screening at the orphanage showed she was HIV positive. She had been on antiretroviral medications for six years. Otherwise, no health issues.

Our hearts immediately said “yes!” Our brains concurrently said “no way!” What would this diagnosis mean for our family? How would this change our lives? How much risk would I be putting my two older children in by bringing her into our home and family? Was I willing to parent a child who might die?

Two years later these thoughts and questions seem so silly that they are a little hard to remember. Because today we are not only parenting that adorable little girl, now 11 years old, but also one of her best friends from the same medical group home in China. He’s 10.

The reality of parenting HIV-positive kids? It’s simple, silly. Two times a day, without fail, we watch them take the antiretroviral medications that keep their virus undetectable and their immunity strong. We do it at tooth-brushing time. We sing the days-of-the-week song as we double check that their doses are correct. It’s kind of the biggest no-big-deal ever. And I’m terrible at remembering things. But some things you just learn to never forget.

Four times a year we visit a pediatric infectious disease specialist in a nearby city. Our trips to Children’s Hospital involve a long drive, filled with a marathon of iPad games, followed by a big meal in Chinatown and their back-to-back medical appointments. Blood is drawn and routine exams given. If medications need to be adjusted, we adjust them. The social worker helps me with my questions and concerns. We have medical insurance, and our home state of California pays all of our co-pays because of special services provided to any child adopted with HIV.

The things I most feared about being the parent of an HIV-positive child? Falls on the school playground with blood everywhere? Getting hurt at friends’ houses when their parents don’t know the diagnosis? Well, I still cringe a little when I realize how few adults know to follow universal safety precautions. That’s why I’ve trained my kids really well. If you are bleeding, you stop and get help. Nobody touches your blood except you, because blood is not for sharing. If a grown-up or kid wants to put on your Band-Aid, you tell them, “I’ll do it!” Always wash your hands with soap after you touch blood. Keep your wounds covered all the time. We don’t just teach this to our two positive kids, we model it and we expect it from our two non-positive kids as well. It’s just good hygiene and good common sense.

Of course, this is all an extra precaution; their HIV is so well managed by medications that it is undetectable in both our children’s blood. That makes transmission of their virus nearly impossible, even with blood-to-blood contact. And what most people don’t know about HIV is that it’s a wimpy virus. It dies as soon as the blood carrying it dries. It is killed with soap. And so long as routine medications are taken, it can’t reproduce. HIV is not the same as AIDS. HIV is the virus that, if left untreated, can lead to AIDS. Our children are expected to live normal life spans with a wonderful quality of life.

So why don’t we openly share our kids’ diagnosis if HIV is really no big deal? In one word: stigma. One of the first people I called after accepting our child’s referral papers was one of my oldest friends. When she asked about our child’s medical history, I eagerly shared with her what we’d learned about HIV. How our daughter will be able to be safely sexually active with a life partner, how she can give birth with extremely low chances (.02%) of transmitting the virus, how her life will be mostly typical.
I was greeted with silence. In the days that followed, this life-long friend let me know that her husband probably wouldn’t want us to visit their home with our new child because “he’s just wanting to protect our kids, you know?” This experience helped cement our decision not to disclose our children’s medical status to most of our friends or any of our family members. Research shows that HIV-positive children prefer to have the option to disclose or not disclose their status as they grow older. It only made sense for us, as their new parents, to protect their story and their privacy.

So the hardest part of adopting an HIV-positive child? The hardest part is watching my oldest daughter cry after school because of the stupid, outdated things her health textbook said about HIV, a disease that affects someone she loves so dearly.

The hardest part is hearing a fellow mom on the school field trip casually comment, “You could catch AIDS in that bathroom!” after a visit to a particularly dirty rest room. The hardest part is explaining these offhand jokes and comments to my 11-year-old because, as I tell her, “Sometimes, when people don’t understand something, it scares them.”

“Yea,” she replies cheerily, “but HIV is no big deal. You just take your medicines. You don’t have to be SCARED of it!”

In another year or so I will be teaching her how to deal with her period and even though she has HIV, it will really just be the same conversation I had with my other daughter. Here’s how you take care of your bleeding. Wrap up your pads and tampons before throwing them away. Always wash your hands afterwards. Tell me when you need a hot water bottle or Tylenol or chocolate or a hug. I love you.

We still have the difficult teen years ahead. Years when our children will face more jokes and comments surrounding HIV and AIDS than ever before. Years when they will face difficult decisions about when and how to disclose to close friends or partners. Years when they will realize that this medical condition they’ve accepted as no big deal is still viewed as a death sentence even by many Americans. We’ll have to tell them that they lost their first family because of this virus. We’ll have to explain that in Chinese culture, the stigma against HIV is so strong that they would have faced routine discrimination in employment and medical care had they stayed in their birth country. We’ll have to share with them the likelihood that their first parents were killed, not by the virus itself, but by lack of access to medicine and hope. When we adopted them, we knew most of the job was about being really good emotional caregivers. We knew the medical side was easy while the social side might be tough.

But for now, the hardest parts of being a parent to an HIV-positive child pale in comparison to the hardest parts of mothering older adopted children. The trauma of their past lives, the years they lived without parenting, and the ways that institutional life shaped them, are their biggest hurdles. For now, managing their HIV is mostly about limiting sleep-over situations where they might forget to take their medications, and making sure we always have a supply of the drugs they need to stay healthy.

For now, HIV, that infamous killer, is little more than a byline in our busy, fun-filled, joyous, crazy lives. And, with the help of daily medications and great communication, we plan to keep it that way.

When Considering Adoption Think Out of the Box

A Look Inside the Latvia Adoption Process