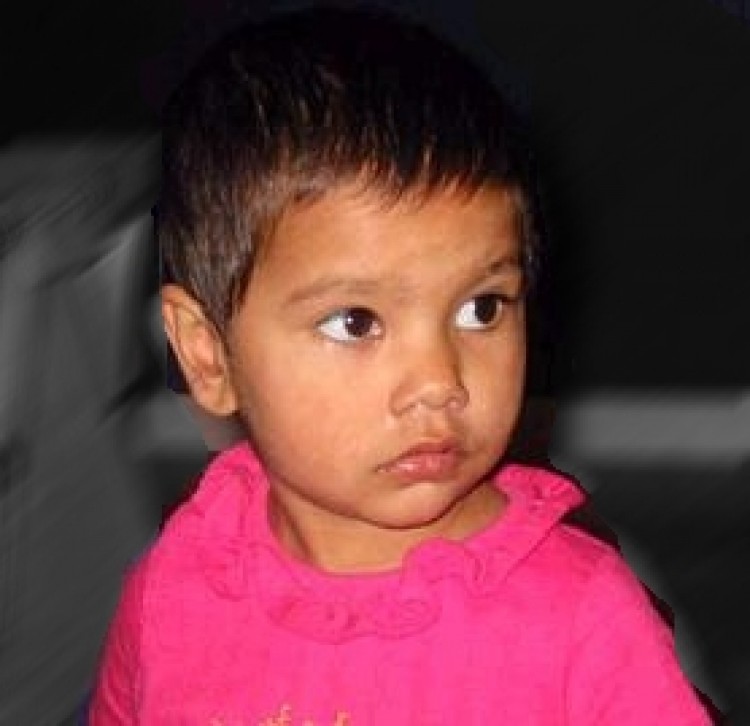 In November 1999, at 49 years old, I divorced my husband and re-joined the work force. Because our marriage had been so shaky, we had never brought children into it. In April of 2000, my elderly father was living with me, in declining health. Being an only child, I thought ahead to years of being alone, with virtually no family, outside of a few cousins. I knew there were thousands of baby girls in China who were adoptable, so that summer I put my energies into finding out about adopting from there.

The process took on a life of it's own; Phone calls, picking an agency, initial paperwork, etc. In October of 2000, my completed dossier went to China . My father had passed away in September, and the thought of a child coming into my life helped to relieve the grief and loss. A full went by. I joined several of the various email lists available to adopting families, keeping in touch with new friends and celebrating their referrals when they come in.

In November 2001, the families with dossiers that went in at the same time as mine, all got their referrals. There was no referral for me, and no explanation given. My agency assumed it got sent to the wrong place. But such was not the case. There was no referral for me, but there were lots of questions and more paperwork being asked for by the CCAA, in China . Amidst my disappointment and confusion, I reorganized paperwork, got more personal reference letters, etc.

The agency owner personally took my updated file to China with him on a scheduled trip over there. February 2002 rolls around and I get a heart-stopping call that China has finally approved my adoption. Now I'm really on pins and needles. Big smiles, warm heart, convinced my troubles are behind me. One stumbling block was looming.. my INS paperwork was all about to expire. The agency suggested I renew everything, as they didn't think I could get travel approval quickly enough before the original documents expired. So I jumped through hoops, made a trip to the Dallas INS office, got re-fingerprinted, paid more money, etc. The fingerprints did not clear, so another trip to Dallas . An update to the home study had to be completed, also. However, in April 2002, the agency called with heartbreaking news. With no explanation, China had come back and said 'no'. Guesses could be made about why they changed their mind.. my age (now 53), my previous cancer (clear since 1997), my marital status (now single), my income (teaching school). But China had known all this about me from when I turned in my first dossier. I was totally dumb-struck and numb with grief. No way would they change their mind, no way was there going to be a beautiful baby girl from China .

I grieved for about a week, and prayed about what to do. I never got the message to quit and give up. I started researching other agencies, looking for one, who upon hearing all my life baggage, would still consider me. Florida Home Studies and Adoption was not known to me previously, but the name of Bonnie Loza was. So I reached out to Bonnie, and she told me early on about the Nepal program.

I quickly made the decision to go with Nepal , once Bonnie found out the country would most likely accept my dossier as viable. Nothing is ever 100% in international adoption, but the chances were very good I'd pass their tests. So either late June or early July 2002, my updated paperwork went to Kathmandu . every reference now changed from China to Nepal .

I had requested a daughter as young as possible. A few weeks into the wait, I was asked if I would accept a child between the ages of 2 - 4. Without giving it much thought, I quickly said “yes”. On August 29, 2002 , I received my referral of a little girl, aged 3 years, 3 months. On September 4, I received my travel approval, and on September 12, I was on a plane, going further away from home than I had ever been before.

I arrived in Kathmandu safely on September 14, and received Lissom Binita on Monday, September 16. So from September 2000 and the death of my Dad until September 2002, and the joyful coming-together with my daughter, there were dark and troubling days spread throughout. Being single, I had no partner to turn to and express my upset and pain. My friends were all there for me, listening and listening. But the adoption process is a complicated one, and hard for people to understand who are not engrossed in it personally. I made life-long friends with other adopting singles and couples, friends who were walking the same path as me.

Lissom Binita and I have now been together 4 years. She has a loving spirit and a high intelligence. When we first returned, about every 2nd or 3rd day, she added a new English word to her Nepali vocabulary. She is a securely attached, and we are a loving family of 2.

My experience in Nepal was a wonderful one....I would go back right this minute if I had the money. I think about it all the time. I loved the people, the food, the whole atmosphere of being there. One of the best trips I've ever taken to such an exotic place and having my life's dream finally come true.

I thought early on that Lissom was waiting for me in China , but I was wrong. For whatever reasons, the Universe kept us apart until we were both ready to love and accept one another. A precious little girl in Kathmandu , Nepal and a mother in Texas with a heart full of love, just waiting to find her.