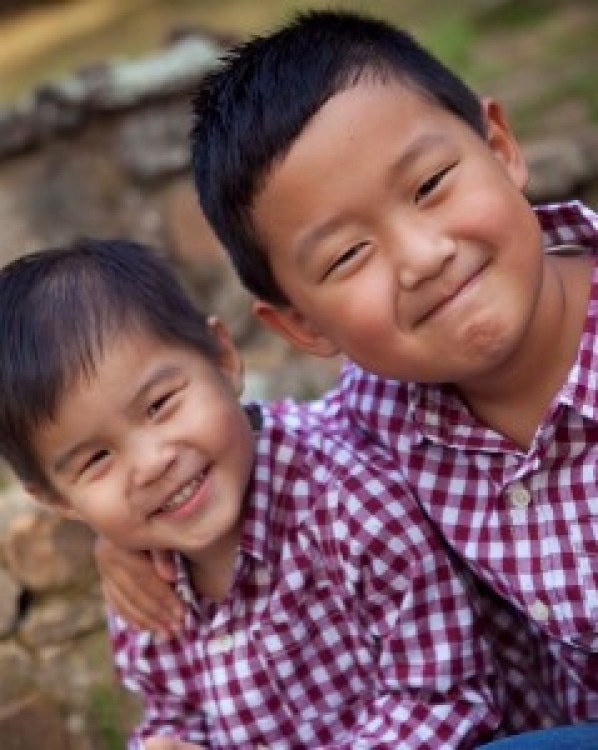 When we began our second adoption from South Korea, we expected things to progress as quickly and smoothly as they did with the adoption of our first son in 2008. We only waited three months to bring our first son home and because he was only 8 months old at the time, his transition was remarkably smooth.

Our referral came quickly — a healthy baby boy 5 months old was waiting for us in Korea. Although with Korea our chances of receiving a referral for a boy were high, we were thrilled to be parents to a second son, and we could think of no greater joy and honor to now be the parents of two sons.

We were excited to dream of the possibilities that lay ahead with not one, but two boys now in our home. How wonderful it would be that they shared a Korean heritage and would grow up with a shared experience. As soon as we received the call, we were anxious to begin the next stage of life.

What happened next was anything but quick and smooth. The next 22 months would be filled with ups and downs and twists and turns.

As we waited for the final approval for travel to pick up our son, Korea was working its way through newly revised adoption laws. And as we waited, our son grew older and became more familiar with his home country and foster family.

Then one day, the call came and the whirlwind of planning two trips to Korea began.

We had taken custody in Korea of a 2-year-old little boy who was heartbroken to be apart from the only family he had ever known. His cries in the taxi after leaving his foster family were gut-wrenching, so heartbreaking that there was not a dry eye in the taxi, including the taxi driver.

Lincoln’s world had just been turned upside down. He didn’t understand a word we were saying, we looked different than his family, smells were new, his surroundings were new, the food he was eating was new, even his clothes were new.

He controlled his environment the only way he knew how — by moving a lot!

He wore the same clothes that he brought from “home” for days; he slept and he ate a lot. We worried and analyzed every action, every morsel of food he ate and every minute he slept.

Then came the flight home. He was terrified of the loud noise of the engines and strange surroundings. Those 14 hours on the flight home were some of the longest of our lives.

Yet, in the midst of his grief, he managed to play, laugh and smile each day. It was truly amazing. Even more amazing was how he would encourage us.

At one of my lowest points on the flight home, I was a heaping mess of tears and emotions. Not only was I ready for the flight to be over, but also I was emotional thinking about seeing our 6-year-old son for the first time in 10 days and thinking about how this long process was finally coming to an end.

As I sat in my seat on the plane crying, the flight attendant brought around hot towels. Lincoln took my towel and washed my face … he began to comfort me, which made me cry even more.

Prayer and our connection to friends and family back home are what got us through. God promises in Isaiah 43:2 that He will not let us go through the deep waters alone, and I am here to tell you that He is faithful to keep that promise. Had we not been absolutely certain that it was God’s design for us to build our family through adoption, we might have given up.

Not only had the adoption process been more than we bargained for, the result (adopting a 2-year-old) was more than what we imagined.

God gently reminded us at each turn what He went through to adopt us into His family – for us to become His sons and daughters. In light of what He went though, our circumstances were small and fleeting.

Over the next few days and weeks as his grief began to lessen, he began to settle in. His movements calmed, his fits lessened, he wore other clothes and his eating normalized.

We are also able to see more of his funny and loving personality. In so many ways he is perfect completion for our family.

Now, after almost two years home, it strangely feels like he’s been with us his entire life. Where there was once a language barrier, we now have a chatter box. Where there was once a frightened little boy who would barely leave our side, we now have an independent 4-year-old who can’t wait to experience all life has to offer. Where we once had fear and worry, we as a family now experience hope.

What I want you to know is he is worth it!

He is worth waiting for 22 months.

He is worth spending 20 days in Korea in one year.

He is worth the worry and sleepless nights.

Not just because he has a wonderful personality (which he does) or that he’s exceptionally cute (which he is), but because every child deserves a loving permanent family.

My prayer is that you gain courage from this portion of our story and know that you, too, can do this. No, not on your own, but God will be there with you through the deep waters. One of my favorite quotes says I can’t promise you that it will be easy, but I can promise you that it is worth it.

Note: Emily's family was one of the first to adopt under the new Korean court process. Today, the total process time is between 18 and 25 months. Once a family’s home study is sent to Korea, they generally are matched with a child within two to three months. The child’s arrival is typically between 12 and 16 months later.


How To Adopt, Adoption Process, Adoption Education and Training, Education