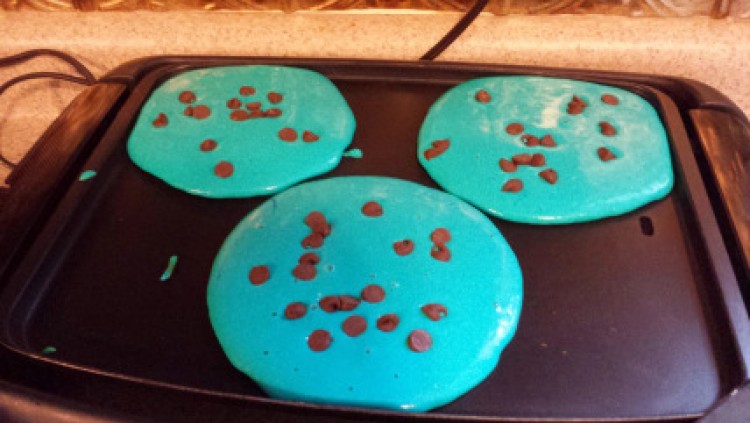 **Names have been changed to protect the privacy of those involved.

Another football season begins again. Carl is an intrepid linebacker, even if he is in the 20th percentile for height. He never gives up. Mary is cheerleading her heart out. Each night we parents sit for 2 hours watching our children practice. For the entire month of August they practice for all 5 weeknights. No exceptions. So here I sit, faithfully waiting for my children as they practice and learn.

But today I am reminded of Sean. It has been almost a year since he left our home. I miss him terribly. He never played a sport or joined a club. He only wanted to sit at home on the couch watching TV. He especially loved doing this when no one else was home. During those times he would rifle through our things, steal what he wanted, and gorge on food. When he left we found hidden stashes of molded frosting tubs, cream cheese, and half-eaten uncooked pasta with salsa. I imagine he also enjoyed the quiet of being alone, but I will never know.

As a family we attended sports games, awards ceremonies, or activities that we’re featuring any member. I would beg, cajole, plead, offer rewards or remove privileges to entice Sean to participate. Still he stiff idly refused to support anyone by participating in their events. He attended his own field trips and academic achievement ceremonies. For anyone else he refused. Instead he would try to order fast food from us. “Pick it up on your way home. How hard could it be?” I always refused. If he wanted a treat then he’s have to come, too.

This brought on whining, crying, and general tantruming as though he were 4 and not 14. Not the run-of-the-mill angry teen stuff but a high pitched baby whine of “why? WHY! WHYWHYWHYWHYWHYYYYYY” that could last hours. He kicked his legs, banged on his bed, and rolled around on the floor. Eventually he wasn’t even making intelligible sounds anymore at all.

Other times he would snuggle and lean his head on my shoulder. I’d make him blue pancakes (his favorite color) with chocolate chips. “I love you, mom” he’d say. When he was scared of the shower I ran him baths instead. I got bubble bath and little bath toys and I waited outside. He cried the whole time. He didn’t want to wash unless I was in the hallway. I read out loud to him so that he’d know I was still outside the door, waiting faithfully.

He wanted me to stay with him at other times, too. He couldn’t fathom how I might leave him to go the gym. I had a high intensity interval class I really loved. When the kids came I cut down to once a week. Lifting heavy weights and killing it in class always made me feel like a total rockstar. I loved doing this as dearly as I loved the Christmas holiday. Sean didn’t love it. At all. He would cling to me and beg me not go. He would tear up and claim that it hurt him every time he was away from me. I tried to take him with me. I tried to go every other week. Eventually I quit. It was a simple choice. He was my son and he needed me.

We spent at least an hour each night together after the littles had gone to bed. I read him stories. I rubbed his back. I listened as he told me all about his day, his complex feelings, his fears. We brainstormed solutions for school conflicts. I listened to him talk about his biological family. I always empathized with his feelings rather than passing judgement. I listened. He was never ready to go to bed. I tucked him in and rubbed his back. He wouldn’t sleep. He was scared for me to leave the room. With my heavy eyelids slipping shut, I waited with him faithfully until he finally fell asleep.

Sean often told me that I was the only mom who ever cared for him. He was amazed at his birthday when he got things we wanted. He explained that no one had ever given him a birthday before. No mom had ever given him a cake. When I asked his former foster mom about this she laughed. “He always had a birthday here,” she told me, “Sean just makes up these stories.”

At times, my husband Luke thought Sean was being lazy, selfish, or even manipulative. I was baffled. I believed that Sean was just scared. All he really needed was a mom who would faithfully stick with him. He just needed the right mom. He needed me.

Sean beamed with pride at his eighth grade dance. I chaperoned it (at his request) and he introduced his friends to me. They were all adoring girls. They all called him “Shay.” The other chaperones were so jealous that my son was happy to see me. Their sons hid in embarrassment on the other side of the dance floor. I smiled and glowed and secretly thanked my lucky stars. I was so naive.

Eventually I got Sean to come to a football game with me. I felt triumphant. He was leaving the house because he felt safe with me. I was a super-mom! He was making so much progress!

Surprisingly, he left my side the second we got there. He was 14 so I didn’t mind if he walked around. I was impressed. Sean had probably seen some friends from school. He was being so independent! He almost never left my side. Especially if I had money in my pocket…

Later on I found him with one of the other moms. She had gotten him something at the concession stand and they were sitting on a blanket she had brought. She had a daughter his age who was nowhere to be seen. I caught his eye and he jumped up as if he’d been caught at something. Confused, I glanced around for friends his age. There were none. He ran over to me and rapidly ushered me away from the other mom. I always thought it was odd he’d chosen to hang out with another adult than with one of his friends. Still, I felt, this must be progress. I didn’t speak to Other Mom until a different game. She approached me and very solemnly pulled me aside. She let me know that my foster son was “very special” and just needed someone to “listen to him and REALLY try to understand him.” I was astonished. Just what, exactly, had I been doing all of this time?!

Later that year I took the kids to visit a former foster family of Marcus’s. The littles ran around and played with the family goats while Luke and I let Marcus show us around his old stomping grounds. I noticed that Sean spent a great deal of time in deep conversation with the foster mother. Occasionally another child would seek her attention and Sean would urgently spirit her away to a more private area in the home. He was speaking earnestly and rapidly. He seemed distraught. She put her hand on his back as if to comfort him so I hurried over to check on my son. He met me somewhere in the middle and steered me away from the foster mom. It wasn’t until later that she pulled me aside to explain that foster kids need a lot of understanding. They need someone to “really listen to them.” She mentioned that she had offered Sean to come and stay with her any time he “needed someone to talk to.” Again, I was astonished.

It didn’t take long to learn that there were many other “moms” for Sean. They all listened. They all comforted and cajoled him. They listened to his stories about how I didn’t throw him birthday parties. I didn’t buy him clothes. I never supported him. I didn’t spend time with him and, of course, I didn’t listen to him.

They all advised me about supporting him. Appreciating him. Listening to him. I’d never heard of “parent shopping” before Sean. Now I know. Kids with trauma histories have learned to hedge their bets. Much like the hidden stash of food in his room, Sean was collecting mothers. He had a secret stash. Just in case.

I’ve worried about Sean ever since he left our home a year ago. Since then he’s run away from a foster home. He was eventually reunited with his biological father. The last I heard he had disrupted that placement as well. Sean wanted out. His biological father wanted out. He said Sean needed therapy and he “couldn’t parent him” like this. Part of me worries for Sean still.

At football practice today I saw Other Mom walk by. It reminded me of Sean and his parent shopping. I’m not so worried anymore. If anything, I learned that Sean will always land on his feet. He will always find another woman to feel special about meeting his needs. If nothing else, Sean is a consummate survivor. Somewhere in his back pocket, I’m sure he has another mom.

But Carl and Mary have me. As I sit here faithfully waiting for practice to end, I cheer for them. And I can say, without a doubt, that I’m a super mom for them.

Mom Shopping was graciously shared with permission by Abigail who writes frequently about foster care and adoption on her blog, Herding Chickens.

Adopting a Child with Osteogenesis Imperfecta