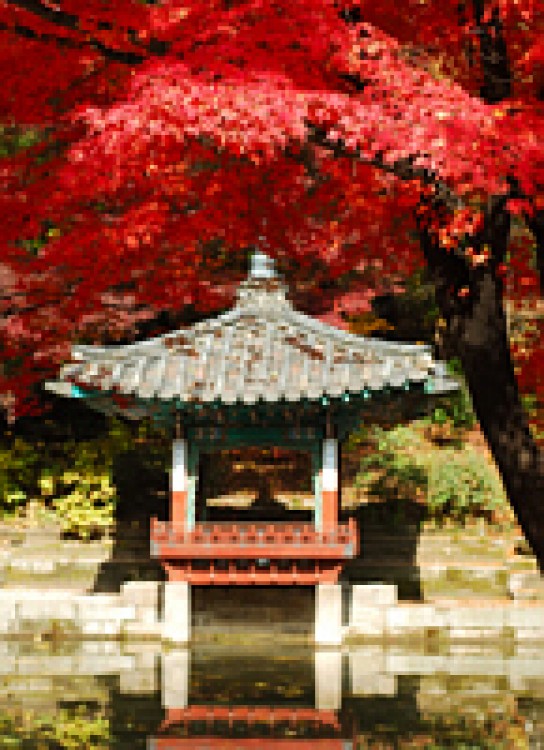 Remembering has always been difficult for me. It has become convenient to use age or stress as an excuse, but in all honesty, I've always struggled with remembering details. I learned early in my life to keep a journal. Overtime, it seems that anything that I once found to be unpalatable eventually morphs into a different entity. Things just seem different in memories than they do when I'm living through them. However, I don't think looking at the past through rose-colored lenses is unique to me. I want at least some portions of my life to remains tangible, palpable in a way so that they don't slide into nothing more than a rated G version of history. So regardless of how painful it may be, I feel the compulsion to get important events down on paper.

Recently I looked through an old journal and found an entry that marked the second anniversary of my son's homecoming. It seems as if anniversaries compel me to take pause and to look at the mile markers in my life; they are fat batons or deep lines on a ruler and I can see them coming. These yearly occurrences stand there with their stop signs and their yield signs and beg us to do something to signify the occasion, asking for a salute or a wave.

I signaled to that second anniversary in the only way I knew how. I poured my feelings onto paper. I'm not a writer, but the feelings are real and the memories are raw and vivid. In this entry, I mention a time machine. It is almost as if that is truly a possibility as I read the words I wrote that day. The following is an entry from Feb 2008.

If I try to look back over the last two years, I strain to try to see over the mountains that we surely must have climbed and to see around the trees that were merely seeds we planted along the way; I try to see through some of the fog that has settled in the many valleys, preventing me from remembering just how low they were. From this point in time, the landscape has changed. It's not the same place it was when we started this journey two years ago. It's not familiar at all.

I can still feel Seoul. I can feel the pulse of the city and smell the unfamiliar foods. I can feel the cold bite me when I walk outside. I can feel my eyes tear the instant I walk outside and hit the wall of cold. I may not be able to recall the whole two years as they have passed, but those days in Seoul are not distant memories. I can close my eyes and think of the events of two years ago, and I smile as the foreordained time machine, constructed of overpowering flashbacks and potent memories, drifts in and beckons me to board.

The day had finally come for us to hold this little boythe one whom we had been waiting to meet for so longto hold him tight and call him son. But I didn't hear angels singing or harps playing. There was no beautiful orchestra there to play music while I had a magical transformation and fell deeply in love with my child. I didn't hear Brahms or Schubert. I didn't expect it to happen, not really. I do know fairy tale from reality. But what did happen more reality than I had tried on.

I can still hear him calling for her; I still remember the perfect Korean intonation in his voice as he called out "Omma!" He was saying so much in that one word. All of his emotions were wrapped up tightly around it; he had no choice but to call out, "Omma. Omma!" In saying that one word, he said, "Please take me backchange your mind; this was a mistake!" In saying that one word, he tied to it his mournful sorrow for a life, country, and culture he would never know and let it explode from his chest. Omma, Omma, Omma.

If he had truly know what was about to happen, would he have welcomed us to his home that day? Would he have happily shown us all of his toys? Would he have insisted that I sniff his floppy yellow duck? Would he have put his trusting little hand in mine and marched out to the waiting car? He was not completely unaware that one day he was going somewhere far, far away. He knew he was going to get on an airplane and go on a long trip. But toddlers have the amazing ability to marry two or more worlds and keep them together in their mind. Sure, he knew he was going, but to a toddler with no concept of time, what did that really mean? I certainly don't think he knew that the world he knew, the only world he knew was ending forever. To him, keeping both worlds wasn't at all an impossibility.

It all ended for him, this fantasy he had created of his two wonderful worlds, when he climbed in the car and I didn't slide over to make room for Omma. Wild eyed, he looked around and waited for us to correct the mistake. When we didn't, everything inside of him broke loose. He was looking directly at her as we were pulling off; I saw her in the rearview mirror. She was so stalwart, so stoic. She wore a brave face for him. Eventually, she even managed a grin. I don't know how she did it--how she didn't shatter--her broken pieces falling and breaking bit by bit right there in the street. I can only imagine her internal storm. What despair she must have felt. I watched her, this living paradox--this squall of emotionswaiting for a crack in the façade, but she was the rock we all needed.

In the car, our son was like a caged animal looking for a way out. Finding no way out, he just kept reaching and looking out that back window, waiting for her to appear beside him like some ghostly vision. She never did. She wasn't going to. And I'm pretty sure he knew it. And that's when he began to call her name. Those first cries have embedded themselves in my heart; I still hear them echoing in my head, and they evoke the pain and loss of that day every time I think of itI hear it every time.

I honestly can't remember how long he cried after we got back to the guesthouse where we were staying. He wanted comfort, and he turned to me for his comfort. I knew that was good signhe wanted me. I wanted him to want me. As his emotions began to leak out of his body, I was there to catch his grief and heartache and it melted into me instead of eroding a chasm somewhere deep within himsomewhere so deep that it may have forever remained unreachable. He held on to me as tightly as he could and he knew I was there; he drew what strength he needed from me. I prayed so hard for his tiny, broken heart that day. When his head was on my chest, I let each beat of my heart whisper to him, letting him know that I loved him with every fiber of my beingnow, forever, and alwaysnow, forever, and always.

I felt his grief with every sharp inhale, but that was no anesthesia for him. This cloak of pain, this heavy encumbrance, was many sizes too big for a two-year old. It just didn't fit; sadness of this magnitude just isn't cut in toddler sizes. Yet, I knew he was the only one who could wear it. He had to take it on and find his way out. Helping would have been like helping a butterfly out of the cocoon; he would have been emotionally deformed forever.

After a few hours had passed, hours that felt like days, I was relieved to see the little boy in him take over, even if just for a while. Another little boy was playing by my feet and he just couldn't resist his God-given instincts. This boy had the holy grail of boy toystrains and cars. But of course, playtime never lasts forever, and as bedtime grew closer, the emptiness within him began to echo and he once again took notice of his situation. Verbal communication didn't seem to be working in his favor, so he tried to show us that the game was over. He took his little shoes and placed them by the elevator doors. I know only a few words in Korean, but this one rang loud and clear. Ka Ka Goleaveget your pathetic self in gear and get me back to the place I was this morning before this nightmare began. I am so done!

We were able to coax him away from the elevator and we not only made it through that night, but we somehow made it across the ocean. As we flew away from all that he had ever know, he began to internalize the working out of emotionsthe puzzle laid out before him. I saw his mind at work and watched as he squared his shoulders and steadied himself for what was to come. His white-knuckle grasp on me told me that he knew he wasn't in it alone. I'm sure that was some comfort, but only in the way that it's comforting to know that when you're climbing Mt. Everest, you have a climbing buddy. It's still a long, treacherous climb, but at least there is someone beside you.

In the three years since that trip to Korea, so much has changed. Our son is confident, sweet and well adjusted. He's Mommy's boy and he's Daddy's little buddy. Don't get me wrong; we had to walk through the fire with him. Things were difficult, and I have the journals to prove it!

Before our son's arrival, I had naively seen our family as this sort of warm blanket; it was soft and cozy, and it was strong enough to catch us if we fell. I never imagined that this blanket could be anything but what it had become to us. It was what held us all together. It was a tidy blanket too; we all brought in threads from the day or yarn from an hour of need, and we neatly tucked them it in and wove it together to make what I thought was an impenetrable tarp in which our family could safely hide away or use to shelter us from any storm.

This was stronger than any storm than I could have predicted. I didn't expect this once strong blanket to turn into a thin, gossamer-like lace. Everyday, I prayed that the winds were never gusty or strong enough to blow through the flimsy webbing and rip us all apart. They never did. We have now managed to integrate those fragile pieces into part of a new, stronger fabric that holds us together and keeps us strong. It's a reminder of where we've been. Our family quilt is no longer as tidy as it once was, and I like it that way. It is now more of a bird's nest; the scraps, sticks, and mud that the bird gathers are only that--scraps, stick and, mud. But when they are put together, molded together with love and patience, they become an endeavor worthy of holding the mother bird's most prized possessions.

Author Meredith Blank adds: "We are very fortunate in that we stay in touch with the foster family. His foster mother is very faithful with Christmas and Birthday cards."

Helping Your Child With Adoption Issues During Middle-Childhood

A Child Left Behind