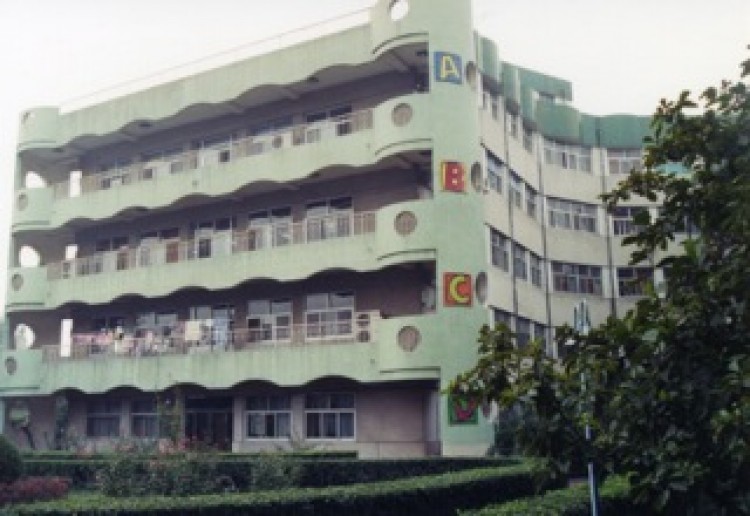 Our journey for our son David began in early 2004. We had just brought home our sweet precious baby girl from China who was seven months old. After having her around for a few months we soon decided that we wanted her to have an older brother, one that would look out for her and protect her.

I started perusing our agency’s special needs list and came across an impish six year old that stole my heart. His name was Yun Ming Ming. He had a congenital heart condition called Tetralogy of Fallot that had been repaired. I of course did my research and called around to several pediatric cardiologist to find out more about this condition and was it one I thought my family could handle in a worst case scenario. More importantly we prayed about it and over him. It is important to do the medical research, but also it takes faith.

God made it abundantly clear that he was to be our son, with the many pictures we received of him through contacts in China and the speed in which our dossier and paperwork flew through the system. From the time we identified him to the day we brought him home was seven months total, start to finish!

We had grown to love him through all the pictures and tried to imagine what it would be like to have him home. Due to the cultural differences we immediately hit a few minor obstacles once we picked him up. We knew the retraining process would be something that would take time and be something to work through. He initially looked at me and treated me like I was a nanny, there only to serve his every whim. He bonded with my husband first, not me, which was hard because I was the stay at home mom, and he was stuck with me! David soon learned he had to go through me to get certain things like food, drinks and medicine, and he didn’t like it. I look back now on those days, and although they were frustrating and part of the progression it was something we all learned from.

I am not quite sure we were adequately prepared for the grieving process and how that played out with him. We read every book, listened to seminars, sought the counsel of other adoptive parents and all of it helped, but it was still hard. It was difficult for him, and for us, but we survived it and so did he! He speaks perfect English and is doing well in high school.

He was a healthy eater and liked most foods we introduced, so we were fortunate in that way. We just kept introducing foods that he wasn’t sure of over and over, and even now he eats almost anything we put in front of him. We did cater to his palate when we first brought him home and slowly introduced new things until he got used to them.

From a health stand point, we of course had him checked from head to toe immediately once he was home and found out he was really in good shape. His heart condition had been repaired well, and his surgery was done as well as anyone in the states could have done it. He was released to play any sport or activity that we saw fit to allow him to play. He has played soccer, basketball, rides bikes, swims and runs. I was leery of any true contact sport like football, so we did not go that route. His condition doesn’t require any medication, so again we are fortunate.

To look at him you would never know he had a heart condition. He is your typical teenager now, very active and very healthy. He goes for regular doctor appointments and each time they say everything looks great and he is doing well. He is nearly six feet tall and weighs about 145 lbs. now. Tall, lanky good looking kid. He is a very compassionate, funny, sweet kid and I am so proud to be his mom. He and I now (and for a long while now) get along great and are close. He has an infectious laugh and is very kind hearted, kids of all ages at church gravitate towards him. He has a gentle unassuming way about him that put them at ease and he loves to entertain them with magic tricks.

God knew what he was doing when he led us to this impish cutie pie of a six year old back then, and although there were some days I wasn’t sure I was going to make it through…. We are so blessed to have him in our lives, I wouldn’t hesitate to do it again.

Our Son from India