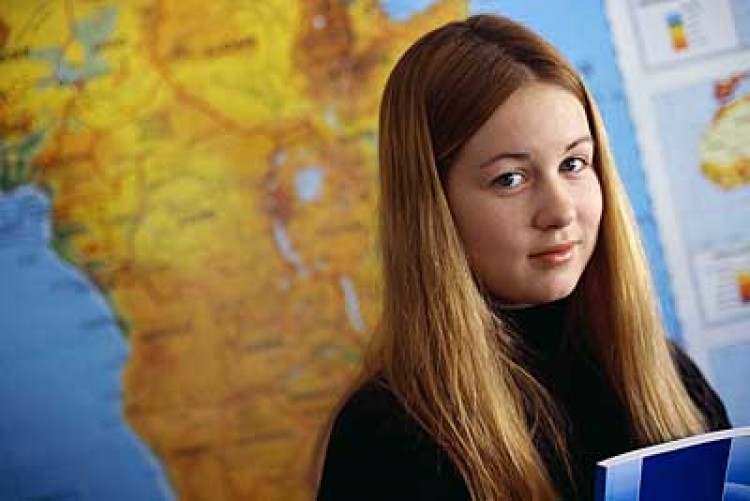 There are three factors that may influence the ability to master the English language communicative skills (conversational, social English) by adopted children: age, personality, and the degree of children's native language proficiency. (The rate of English language acquisition is not a direct indicator of general cognitive abilities: language learning is a very complex process where intellectual aptitude is only one of many contributing factors; by no means should the process of new language acquisition be considered a direct reflection of intelligence).

All children eventually (some faster than others) learn to communicate in the English language. It may take from 3 to 6 months for a 7 year old child to achieve the functional level of communicative language mastery in English (the same time is needed for native language attrition). Practically all adopted children adopted before the age of 11-12 will learn to speak English without an accent. Keeping or losing one's accent is related to the developmental stage in language acquisition, where puberty (the period of becoming first capable of reproducing sexually) is the dividing line. Those who learned a language before puberty tend to lose their accent, while those who learned after puberty tend to keep an accent. According to research done by Dr. Jay McClelland of the Center for the Neural Basis of Cognition (Carnegie-Mellon Research Foundation), only a few people can learn a second language without an accent after the age of 10.

The most urgent question is: Why do internationally adopted children learn to speak so quickly, but then have problems with language-based activities in school? There are two domains of language usage that are often referred to as Communicative Language and Cognitive Language. Communicative Language refers to the language skills needed for social interaction in everyday communication within a practical context. It includes basic skills in pronunciation, vocabulary, and grammar. Cognitive Language refers to language as a tool of reasoning, a means of literacy, and a medium for academic learning. This language function emerges and becomes distinctive with formal schooling and developing literacy skills. Adoptive parents are usually amazed and pleased by their child's progress in mastering basic communication skills and see no apparent reason for additional language remediation. However, at some point, teachers begin reporting that an adoptive child might not understand more complex reading stories, may fail to follow multi-sequential instructions or may not comprehend conceptual or hypothetical questions. Frustration may escalate to the point where the word "learning disability" may be used. A child may be then tested by a school psychologist or learning specialist and found to have basically normal intelligence. What is the problem?

Unfortunately, it is rather seldom that school personnel suggest that it is a language acquisition issue. It is not a common understanding for teachers that the child's conversational proficiency in English is not enough to ensure her mastery of the English language needed for age-appropriate academic functioning.

Research and practice show that for children in the situation of full immersion (as in the case of IA child living in monolingual - English only - family), it is relatively easy to master conversational proficiency in a new language. However, it is much more difficult for them to obtain age-appropriate mastery of the same language in its cognitive-academic domain.

The chances are that an adopted child will be struggling with cognitive language acquisition and may need educational help in this respect. From the school's perspective, the greatest "at-risk" (cognitive language-wise) population is age group between 4 and 8. Children adopted before the age of 3 have several years of development mediated by their new language before entering school. On the other hand, children older than 8 years may be literate in their native language and have an opportunity to transfer some of their cognitive language skills to their new language. Also, cognitive language problems in children older than 8 are relatively easy to identify and remediation strategies are likely to be straightforward. Those between 4 and 8 fall between the cracks. Their language problems are difficult to pinpoint because they are disguised by the dynamic of second language acquisition that is mostly in communication, not the cognitive area.

Adoptive parents, as a rule, do not know the language of the country they have adopted from and adopted children do not know English at the time of adoption. For the first several months the issue of communication is one of the most pressing in adoptive families. The motivational urge to acquire language is much more intense in adopted children (and adoptive families) than in immigrant children who live in bilingual families. For adopted children, learning the English language is akin to the natural ways in which their first language was developed. They are completely immersed in the language: their new families, peers, media, and the culture at large are influential sources of language, not school instruction alone. According to some researchers, it takes a school-age immigrant child about 2 years to reach native speaker proficiency in "social" English. In my clinical experience, it is not the case with international adoptees: depending on the age and on individual differences, communicative fluency is usually fully functional within the first 6 months at their new homes. Reportedly, many IA children use more English than their native language after only a few weeks with their new families. This does not mean that s/he has sufficient mastery of the more abstract aspects of the English language to do well academically. It has been empirically demonstrated that communicative fluency in adopted children inmany cases is not directly transferable into cognitive language mastery, resulting in reading/writing problems years after being adopted.

According to the same researchers, it takes a school-age immigrant child from 5 to 7 years to reach "cognitive" English as compared to the native speaker. This time frame of 5 to 7 years allotted for bilingual children for acquiring academic English may or may not be applicable to internationally adopted children. Currently, no reliable data exists. What we do know is that certain aspects of academic/cognitive language (e.g. vocabulary and basic grammar structure) are formed faster than others, such as conceptual knowledge, comprehension of word meanings, or mastery of writing/reading skills. The fact is that the deficiency in cognitive language leads to learning difficulties that may persist, failing to match the comprehensive and relentless efforts of both the adoptive parents and educational professionals. A big question is why some adopted children suffer from a cognitive language deficit, while others in the same age group are able to master cognitive language successfully. More studies are needed to construct effective remedial strategies to reverse the detrimental trend in academic performance related to cognitive language deficiency.

Center for Cognitive-Developmental Assessment and Remediation