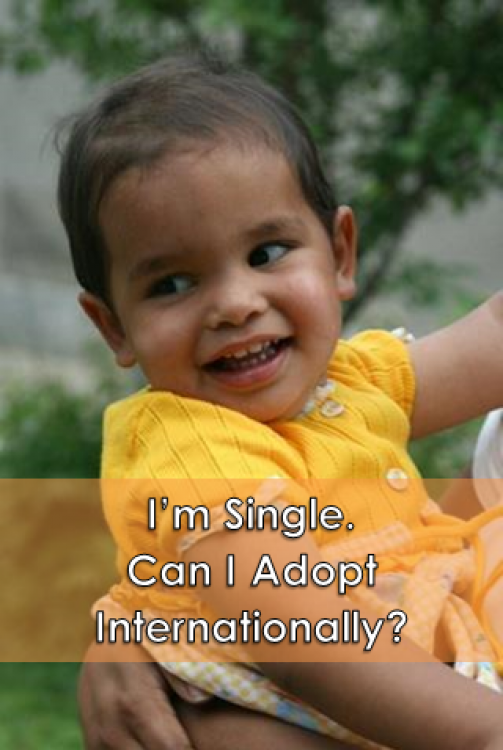 With such a significant need for adoptive families, it would be ideal if the requirements to adopt from a foreign country were standard across the board, but that is just not so. Eligibility requirements vary from country to country, due much in part to the cultural norms and beliefs in that particular country. When single parenting is not the cultural norm for a country, men and women hoping to adopt as a single parent often have fewer options and stricter requirements when pursuing an international adoption.

If you are single and interested in adopting, please do not be discouraged. With a little research, there is likely an option for you!