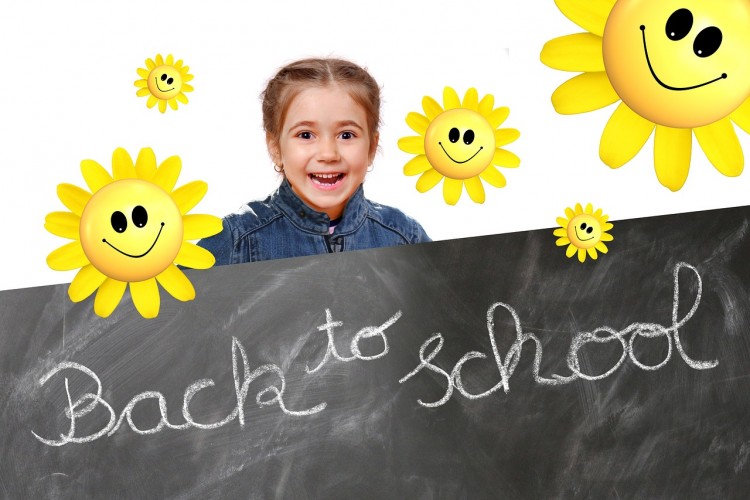 It is commonly known that children who come into care are more likely to have developmental delays, learning disabilities, and a wide array of disorders which interfere with his or her ability to perform at the expected level in school. Just the fact that the child has been removed from home and placed in another family will compound the already existing trauma suffered from neglect and abuse. Because the child is now living with a relative in a safe, stable environment doesn’t mean everything will resolve itself with time. There are some things you can’t love away. Not only does the new family member need to be informed in how to parent a child with special needs, so does the school.

Many of the more obvious physical and educational handicaps are being addressed through the Special Education Department. But what about the child who has emotional impairments? These children are most often viewed as being difficult to handle, or having bad behavior. Rather than looking for the basis of the problem, the children are disciplined the same way other children are in the classrooms. Anyone with any trauma/attachment disorder training will know that isolating, restricting, or sending them to the principal’s office for a stern talking to is not going to work for these children. They need the positive reinforcement for what they are doing right, not on what they have done wrong.

We began our contact with special services when my grandson showed signs of delay when he came to us at two years of age. He was evaluated by our local Early On, 0 to 5 program and they helped us during that first summer. He had two mostly uneventful years of pre-school, but when he started all-day-every-day kindergarten the bottom fell out. Going to “real” school was a trigger for whatever it was that he experienced before he was able to talk. It wasn’t just separation anxiety, but real fear and distrust. He could not be calmed down, and could not be touched without striking out. He had sensory disorders, showed signs of being on the autism spectrum, ADHD, social isolation, and a total inability to perform the simplest school tasks. I was at a loss. This was not the child who had adjusted so well to life with Grandma and Papa. We had not experienced these behaviors prior to this. We tried half days of school, me staying at school with him, dietary changes, quiet rooms at school, time outs at home, but everything resulted in an escalation of his behavior. Eventually, he chose to be an angry kitty cat, crawling out of his classroom into others, hissing, biting, and scratching. It was time to do something when the school called and said he had run from the social worker into the street where the principal caught him, carried him to his office, which he proceeded to trash.

About this same time I was taking a training in early childhood trauma and its effects.  It was my “aha” moment and I began to explain some of my grandson’s story to the principal and asked him to contact our Intermediate School System and ask for a Review Existing Evaluation Data, or REED, as soon as possible. We also engaged a private therapist who had been trained in childhood trauma by Dr. James Henry. My grandson was observed, evaluated, and we were interviewed. The therapist also tested him and one of the results was that in spite of only a partial testing, his IQ was far beyond a five-year-old.

He was back in school full time, had an aid to shadow him, got sensory breaks and didn’t receive the disciplinary slips. But it wasn’t working. He was out of the classroom most of the day with breaks, walks, and quiet time and he was not doing regular classroom assignments. We still did not have an Individualized Education Plan in place, which meant there were no real goals for my child. I took a special education advocacy class. I got my hands on the “Big Book.” You know, the three-ring binder that you put on the table between yourself and the school personnel. I found out they were in non-compliance and one phone call to politely inform them of that fact and a special education social worker was at my house that day. It took less than a week to have a meeting and to put an Individualized Education Plan (IEP) in place.

Denial is not going to help him, but asking for help just might. Educate yourself about the disabilities that can be caused by neglect and abuse and by exposure to drugs and alcohol prenatally.

The most difficult part was that he had to have a diagnosis and he did not qualify for an “Otherwise Health Impaired.” He had to have an EI, or “Emotionally Impaired.” This was hard. He was only five years old. He wasn’t mentally ill. He was just a scared little boy who had a rough start in life. I can remember when my daughter, his mother, was having emotional problems affecting her ability to learn. I was told at that time — whatever I do, do not go with an EI “label” as that was for kids with severe mental illness and she would be put in a category with the kid who sat under his desk and barked at people. Well, my grandson was hissing and scratching. His emotional state was causing learning impairment. We went with the EI label.

I cannot say enough about the wonderful team that has been put in place for my grandson. It consists of the support staff from the Intermediate School District Special Education, his teacher, his full time aid, the school special education teacher, social worker, and principal. We meet monthly for an hour. They are more in tune to his difficult days than I am. I consider each and every one of them an important factor in his ability to cope with school. How has this been able to work? I was open and forthcoming with information about his history. That is one of the real advantages of having guardianship. I know that non-relative foster parents cannot disclose a child’s background, even if they did know all of it. His team has told me repeatedly how much this has helped them help him. We were also fortunate enough to have a team leader who is trauma informed. Not only am I able to talk openly about what has and is happening in his life, but he also is encouraged to talk with them.

I was in the school office and a father was irate with the secretary because the school had suggested his son be tested and he said he was pulling him out of there if they could- n’t handle him. I wanted to take him aside and give him the benefit of my experience, but I don’t think he was in a listening mood.

It is not particularly easy for me to have a child with “special needs,” but when I see how far he has come in this year, I am grateful I followed my instincts. Be that child’s advocate. Be honest and up front with the situation. Denial is not going to help him, but asking for help just might. Educate yourself about the disabilities that can be caused by neglect and abuse and by exposure to drugs and alcohol prenatally. Even stress in the mother can cause distress to the baby. You need to be the one to put that request in writing for an evaluation. And, unfortunately, it will be your responsibility to follow through with it. Take a special education advocacy training so you know your child’s rights to an education. The earlier you start the interventive process, the more chance for success your child will have. Work with your child’s team and don’t be afraid to speak up. His entire future depends on what you do for him today.

This article was shared with permission by EMK Press.

After raising three children, 37 years of marriage, and at the age of 57, Jan Wagner started raising her then two-year-old grandson, H. Wagner is now an advocate for kinship families and is involved on a state and national level.

Burkina Faso: What Happens When We Travel?