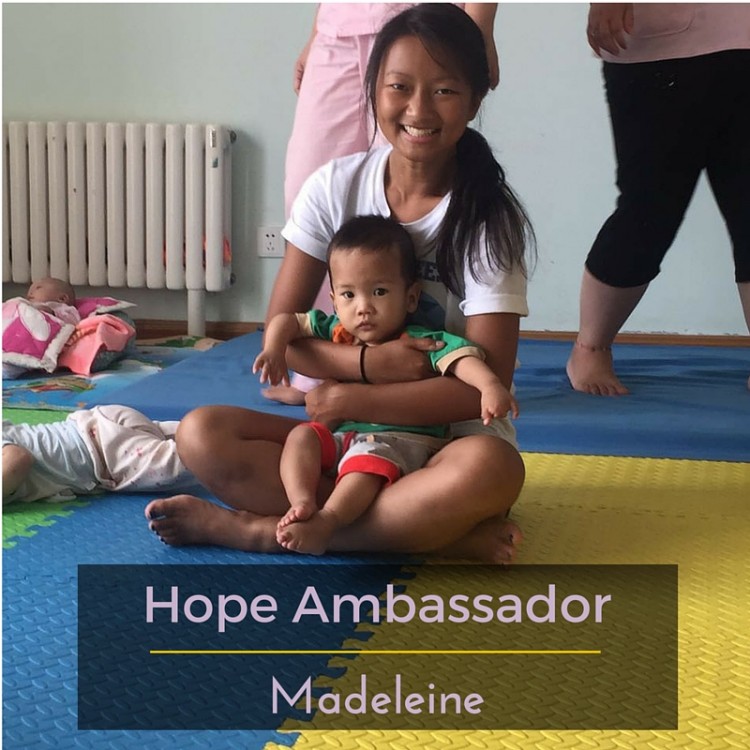 As a Chinese adoptee, my parents felt it was necessary for me to feel connected to my heritage. Having gained United States’ citizenship at ten months old during a snowy March in 1996, with a new family and a new culture, I grew up accepting the fact that those first ten months were largely a mystery. Discovering that I enjoyed participating in a ballet class at the age of three, my parents enlisted me in classes one year later with the Atlanta Chinese Dance Company (ACDC). I poured my heart into the art; I continue to train in ballet, modern, and pointe at Kennesaw State University and danced with ACDC until age nineteen. The unique aspect about ACDC was that not only was I able to learn about traditional Chinese culture through diverse dances that represent different ethnic minorities throughout China’s provinces, but I found a stable group of girls who were similar to me in a very significant way – the majority of them were adopted as well. Outside of Chinese dance class, we often made plans to spend time together and found that we had developed lasting friendships through the years. We did not necessarily discuss adoption itself in depth, but being surrounded by people who at times have similar questions about their origins was comforting.

Having a solid introduction to the culture through the dance lessons, my family then had the opportunity to revisit China in 2012. It would be the first time for them since having gotten me, and the first time for me in conscious memory. The occasion was a reunion of other families who have adopted from the same orphanage in Yangchun, Guangdong in southern China. These families are scattered throughout America; a few even live in Canada and Europe. Every four years, a reunion is organized in various global locations for these families to meet, reconnect, and watch the children of other families grow up. Having attended a couple of the reunions in years past, I was ecstatic to once again see old friends.

The orphanage visit in particular created a melancholy feel over the group as a whole. As one of the oldest adoptees in the group at age seventeen, I was truly touched. Walking through the halls of the orphanage, I only had one word to describe it: Surreal.

Seeing China for the first time was…interesting. I remember thinking, ‘This is not a glamorous place.’ The reunion included tourist activities in Beijing (such as: the Great Wall, Forbidden City, Summer Palace, Hutong, etc.), Xi’an (bike rides on the fortifications), and finally, a visit to our orphanage in Yangchun. Despite the fog-like pollution, the gut-wrenching traffic, and intense stares from locals as they realized us Western adoptees spoke English and traveled with Caucasian adults, the trip left a very strong impression on me. The importance of being connected to my heritage that my parents instilled in me had a lasting effect. Three years after my initial visit, I decided to return to China to take part in an orphanage service trip hosted by Adopteen, an organization run by adoptees for adoptees. Each year, this non-profit holds camp conferences, various outdoor hiking trips, ‘hang-outs’ for locals in Denver, CO, and of course, orphanage service trips in China. The trip, called AGBOST (Adoptees Giving Back Orphanage Service Trip), spanned ten days. We visited classic tourist sites in Beijing, shopped for toys and necessities for babies and children at an outlet mall, and spent a week with some wonderful kids in a Children’s Welfare Institute in Luoyang, Henan. In the orphanage, we were assigned to different rooms housing children of various ages and their nannies (called ‘Ayi’). We made crafts like friendship bracelets and tie-dye shirts for the older children, and fed, burped, tickled, and carried the younger ones. We had lunch in their cafeteria after the children ate and even got a chance for a mid-day nap at the same time as theirs. Immediately, our hearts became emotionally attached to each of their personalities. They were so loving and open; the faces of all the children lit up when they saw anyone from our group. We not only got to interact with these adorable kids whose futures we hoped would end up as fortunate as ours had, but we learned about the adoption system in China and how it has changed from the time we had been adopted in the 1990s to its current situation. So much has happened. This time, I remember thinking, ‘If I adopt, I do not want to adopt from China.’ This information gave me a real world perspective I had not yet experienced when abroad. I recognized the difference: my previous experiences overseas consisted of simple tourism and mild history lessons from tour guides. Never before had I thought about the rigorous inner-system workings of a country’s governmental policies in day-to-day life. The AGBOST trip truly opened my eyes. I realized that traveling to different countries does not provide an accurate depiction of the ordinary local life. The discord, the politics, the socio-economic consequences – these aspects are not the ones readily listed for the average sightseer’s entertainment. At the time, the information overwhelmed my mind. I was slightly disoriented in the months following the AGBOST trip as my mind processed the events that had effectively changed my point of view. The usual jet lag set me back physically, but mentally I felt that I had had enough of China for a while. I did not want to return for a long time.

Until now. In the past several weeks, I have made a mental about-face. It has been about seven months since the AGBOST trip, and I am completely grateful for the way my two experiences with China have panned out. I am now determined to participate in another AGBOST trip in the near future. My ultimate goal, after much more experience volunteering, is to work without the aid of a group leader in the House of Grace in Yangchun for a couple of months. Sandra King, the founder of House of Grace, worked closely with Ms. Yu, who was my orphanage director once upon a time. A good friend of mine shares this goal as well, and we hope to collaborate a few years down the road (this friend, coincidentally, shares a small but significant proportion of DNA with me. According to genetic testing by 23andMe, we found out a few years ago that we are equivalent to 4th or 5th cousins!). Little else makes me feel the same as giving back to those in need in this very personal way.

I am now in the midst of discovering a new passion. I find myself scouting and applying for local volunteer trips and ascertaining new goals of attending graduate school for social work and/or psychology. I have even considered adoption law as a vocation. My mind is all over the place in terms of career paths, but I am sure in knowing that adoption is becoming a strong factor in my identity.

For more information on Adopteens, the amazing organization that coordinated Madeleine's service trip to China, visit the Adopteen website.

Do you know a young person who has made a difference in the lives of others? Let us know! They may be chosen to be a featured RainbowKids Hope Ambassador.

7 Things To Consider When Picking Your Adoption Agency


How To Adopt, Pre-Adoption