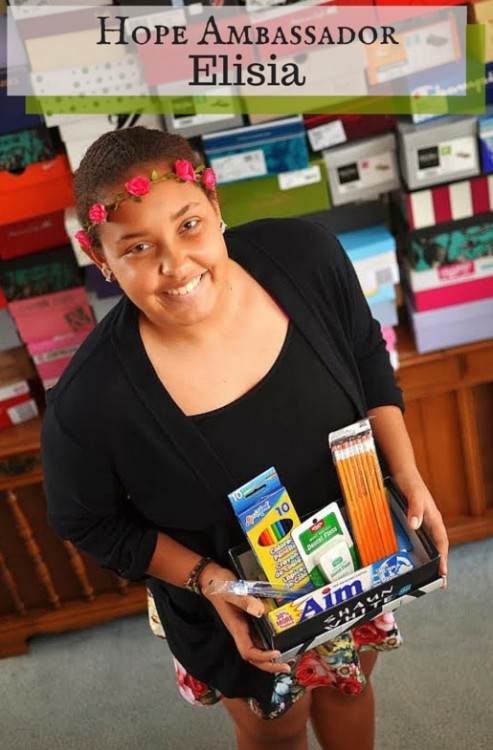 To those who have been a part of the adoption process, you know the joys, the frustrations, the challenges, the victories, the commitment…the heart that goes into adopting a child. The commitment to nurture and love a child for a lifetime is no small feat. And it is, perhaps, for that reason, that there is nothing sweeter than an adoption story that comes full circle.

Elisia Ginn is a high school student at Santa Rosa Academy in Menifee, California. She is an athlete, passionate about soccer and basketball. She loves dance, and photography. After graduation, she hopes to attend college to become a physical therapist or work somewhere in the field of social work. And she is adopted. In 1998, at two weeks of age, Elisia became a member of the Ginn Family in an adoption orchestrated by ICA.

As a junior, Elisia was required to participate in a community service project at her school. Students are given the freedom to choose a project that they find meaningful. For Elisia, the choice was easy, and she made plans to meet with Ren Sabio at International Christian Adoptions. Together they decided she would provide humanitarian aid to orphaned children in Mexico by collecting supplies to assemble Hope Paks. Each Hope Pak is comprised of a shoebox filled with basic necessities, such as toothbrushes, and toothpaste. They also contain school supplies. Boxes were delivered this summer as part of a mission trip to orphaned children who do not have easy access to basic necessities. Over the course of four months, Elisia collected empty shoeboxes and supplies from local businesses.  She will be the first to admit, however, that that part of the project was the most difficult, "The most frustrating about this project was probably collecting the 100 shoe boxes I needed in order to make this project happen. It took a lot of phone calls, texts, and emails, along with visits to local shoe stores. I finally scored when my orthodontist's staff stepped in and raided their closets for shoe boxes. They provided me with over 60 boxes that I was then able to fill with the supplies that I'd been collecting."

She got in touch with family, and friends to ask them to contribute to her project. She received many donations, as well as cash to purchase supplies from out of the area family. When all was said and done, 100 Hope Paks were packaged and taken to the ICA office.

While her identity is not defined by her adoption, Elisia understands that her adoption story is part of who she is:

“I chose to participate in a project with ICA because I was adopted from that agency. I am grateful for the life I have with my family, and I wanted to help orphans who do not have the things that I use on a daily basis.”

Elisia added, "It's easy to get wrapped up in our own lives. I would say that it's important to look outside our own community and remember that there are a lot of hurting children that aren't even that far from home."

In a story that goes far beyond a community service project, we see the life of an adopted newborn, turned teenager: A young woman who is now giving back to children alongside the very agency that once facilitated her adoption.

If you would like information on how you can help provide humanitarian aid to children in need, or start your own Hope Pak drive contact ICA at (951) 695-3336 or visit their website.

RainbowKids is always looking for great kids doing amazing things for their Hope Ambassador series. If you know an outstanding young person who is doing their part to change the world let us know!


ICA became licensed in 1990…but began long before that. It grew out of a desire to make a difference in the lives of children and families.  ICA became a very unique mission unlike any other “adoption agency”.  Believing strongly in doing all programs for the best interest of children, ICA discovered that the “best interest” may be foster care, residential care or to remain in a well-supported and maintained orphanage.  We simply cannot find a home for all orphans though we must offer many other support services including humanitarian aid, peace trips (working mission trips in U.S. and abroad), counseling services and networking with other organizations so help can be maximized.  ICA became Hague accredited in 2008.

International Christian Adoptions is a:

International Christian Adoptions (ICA) believes in the sanctity of life in that all children born and unborn are valued and uniquely made. Our overriding mission is to offer children:

This mission is fulfilled through adoption, foster care, humanitarian aid counseling and support.