Helping Your Child With Adoption Issues During Middle-Childhood

A Child Left Behind 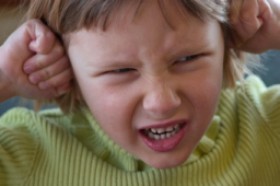 Children, even very young children, can have extreme difficulty adjusting their adoptive home. Here are some ideas and tips for making that transition easier for them.

Change can be hard for anyone. Adoption is no exception. True, children can be very resilient, and they do seem to bounce back from trauma and illness with greater ability than many adults. The problem is that adults tend to forget that children are also human beings with complex emotions. Yet they lack the ability to fully comprehend what is going on around them, so processing changes in their lives can be quite difficult for them to do.

An Adopted Child May Have Mixed Emotions

Adoption is usually thought of as a joyous event in one's life. However, a child, even after living through the worst of circumstances, may not hold this same view. A child who has survived early life in an orphanage, with relatively little physical and mental stimulation, may find constant human interaction and touch over-stimulating or even frightening.

Children coming from foster care and institutions who have bonded with other children, foster parents or caretakers, or have memories of their birth family, are likely to have mixed emotions toward adoption. While they may be excited to have a family to call their own again, they may also be angry with their adoptive parents for taking them away from their previous "home". Some children even have the belief that their adoptive parents are keeping them from going back home to their birth family, even when this couldn't be farther from the truth.

What can adoptive parents do to help their children adjust and thrive in their new family?

Give Them Familiar Surroundings

Let him know what is expected of him. Explain the family rules and expectations on the child's age and maturity level. Write out a daily schedule and post it where he can refer to it as often as needed. Even fairly young children and children who do not yest speak English can decifer the meanings of pictures. For example: a picture of a bed means that it is time to go to bed, a picture of food means it's time to eat, and so forth.

Don't expect perfect behavior and perfect adherence to the family rules and expectations. The older the child is when he or she enters the family, the more bad habits they are likely to display. Give the child some adjustment time, and then take only one or two behaviors at a time to work on. Otherwise, the child may feel like he or she has to earn love and quickly become overwhelmed and frustrated.

It will take time for the adopted child to trust his new parents and learn that they will take care of him. By identifying the child's learned behaviors and providing an acceptable solution, power struggles are headed off before they arise, and the child learns that his new parents really do care about his well-being.

It is vital to allow the child plenty of time to adjust to his new life, while still offering consistent expectations of behavior. The challenge for every parent is to balance these expectations with affection and acceptance. The good news is that adopted children, more often than not, not only adjust well to their new environment, but also thrive there. Children grow best in families.