What are Eligibility Requirements in International Adoption? 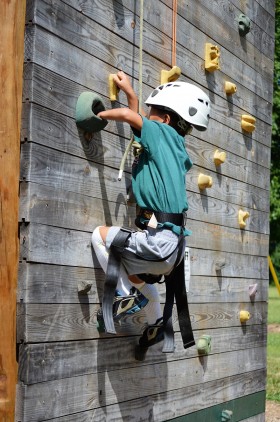 An interview with Diana Bramble, Executive Director of Operations and Mom

What led you to adopt a child with a limb difference?

When my husband and I decided that we were ready to adopt, we were open to many different needs.  We were basically just waiting to find our child, and were willing to explore different special needs.  Though, we had to be realistic about our lifestyle.  I work a lot, and I love my job, so we knew that a child needing many medical appointments, therapies, surgeries, etc. would not be a good fit for our family, or for that child!  We wanted to expand our family, but also wanted to respect our current children and not adopt a medically fragile child who might significantly take away from time with them.  When we saw Chase’s referral, the fact that he was missing his left hand was significant, however, we knew he would not need many surgeries or therapies or follow-ups.  We were pretty certain he was our son.  And then when our oldest saw his picture and said, “That’s my brother.  Go get my brother,” it sealed the deal.

What type of limb difference does your child have?  And what has medical treatment looked like?

Chase is missing his left hand.  I have often put one hand behind my back and tried to function like that, and for me, it is impossible!  But for Chase, since he has only ever had one hand, it is not a handicap for him.  It is not hard at all.  He has always learned to do things with one hand, so he adapts unbelievably.  We did have him fitted with a prosthetic, which had specific attachments that he could use for his various activities.  He used them for a bit, but has since decided it’s much easier for him to function as he always has….with one hand!  If he wants to try again in the future, of course we are open.  But, for now, he really doesn’t need it!  He is actually above average in everything he tries- even with the one hand!  There really is nothing he can’t do!

Describe what it is like to parent a child with limb difference.

Chase plays competitive ice hockey, and although I know I am Mama-biased, he literally is one of the best on the team!  He competes on swim team each summer.  He plays baseball.  He rock climbs.

He dresses himself – buttons, snaps, zippers and all!  He builds Legos.  He climbs on the monkey bars.  While he hasn’t made it all the way across just yet, mark my words he will this summer!  Plus, the one by us is really long.  Chase was the first kid in his kindergarten class to tie his shoes.  There is literally nothing that I can think of that his two-handed siblings can do and he cannot.  When you tell a child he can do anything, and you instill that idea in him day after day, he will figure out how to do it!

When we were preparing to bring Chase home, my biggest fears had to do with the stigma of being a person with a missing limb.  I was not worried what others would think, but I worried how those thoughts, comments, reactions would affect Chase.  While most people don’t even notice Chase’s missing hand, some do, and they are usually little kids.  Sometimes there are stares and pointing, and when this happens, we usually just smile, and they catch our eyes and then smile back.

If appropriate, we use the opportunity to educate kids (and sometimes adults) about limb difference.  Usually, once they get a good look at how amazing and ‘normal’ Chase is, they just say ‘Cool!’ and go about their business.  Chase is almost seven years old.  There was a period

earlier this year when he was self-conscious about his arm.  Not wanting to embarrass him or answer for him, my husband and I made sure to reassure him that he is perfect just the way he is.  We also taught him that it is his story, and his hand, and to share as he sees fit.  We explained to Chase that it was his choice to either educate the person, or explain to them that it was a “shark attack,” or “dinosaur battle,” or, “oops, I didn’t notice.  The alligator must have bitten it off when I was feeding him at MomMom’s in Florida.”  Of course he tells the truth later, but what good is a missing hand if you cannot have a little fun with it?!

If anything, I think Chase inspires people when they see all that he can do.  He is amazing!  There was one kid on the bus this year who told him his hand looked weird.  I am pretty sure that kid got an earful from Chase’s fan club that day!  We know that he will face adversity when it comes to his missing hand.  And all we can do as parents is equip him with the tools necessary to confront adversity, and continue to make sure he knows how awesome he is just the way he is.  We always do our best to focus on his positives, and not worry about the negatives.  Every child is different and our differences make us special.  We tell Chase all the time, “How boring would the world be if everyone was the exact same?”

What activities does your child enjoy participating in?

You name it, he does it.  The list is endless.  Rock climbing, baseball, ice hockey, swimming, running, basketball, monkey bars, carrying laundry, sassing his Mom, wrestling with his siblings.  If a ‘normal’ seven year old boy can do it, Chase is doing it, often better.

"I have been working with adoptive families and children for years, and I can truly say that in my humble opinion, this is possibly the easiest need out there."

As a parent, watching Chase learn and do things we wondered if he’d be able to do, I just burst with pride!  It is almost even more gratifying seeing Chase accomplish certain things than our other kids, knowing he has to work so much harder, think differently, and adapt in order to do so.

My greatest hope for Chase is for him to know how truly incredibly awesome he is.  I thank his birth parents daily for making such a remarkable boy, and I really hope they somehow know deep down how amazing he is.  I am blessed beyond measure to be able to call him son.  Even though I often forget that he is missing a hand in everyday life (because he truly does everything any other seven-year-old boy does!), I will never forget that he is perfectly, incredibly made, and I am in awe of him daily.

View the over 100 children with limb differences waiting for their forever families by clicking the image below.