You're Doing a Beautiful Thing (tribute to adoptive and foster moms) 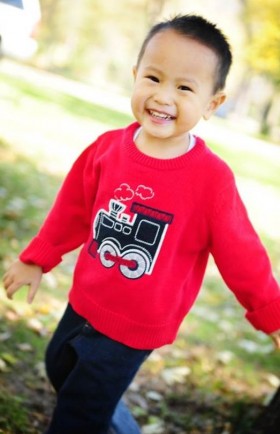 Hand Picked For Us: Judah's Story

As I look at my darling boy, I feel in every way that he came from me. I love him so deeply, so completely, just as I loved our first two children. The love I have for Judah is easily just as intense and huge as it was for our biological children. The only reminders I have that something is a bit different are Judah’s beautifully designed tear drop eyes, his gorgeous black hair and his positively perfect skin. If it were not for these differences that I adore completely, I would readily forget he is not of my flesh. He has my heart and did from the first moment we felt God dropped in our hearts that he was our boy.

My husband and I have longed to adopt for years. The massive amounts of paper work, the outrageous cost, all the unknowns, and the special needs of most children available for adoption always kept us away. In our minds, we filed the thoughts of adoption under the category “IMPOSSIBLE DREAMS.” Though the desire was there the reality was our life was full, under control and easy. We had the perfect family scenario, one boy and one girl and our little dog. Our two wonderful children were just what we’d always hoped and prayed for. Our family was unified, happy and well and seemingly perfect. But something....someone was clearly missing. I remember being full of unrest. My house would be all clean, meals done, yard work complete, work from the church done (my husband is a pastor and I assist his work at our church), my kids out doing their thing and I couldn’t help but always feel I was missing something. I felt I had forgotten something. I would ask myself things like, “was I supposed to do something or be somewhere?”

We were now in our 40‘s with kids fully grown and getting ready to enter their new season of adulthood and independence. My sweet hubby, Bruce and I were on the verge of experiencing more ease, comfort and freedom by becoming, “empty nesters.” God began speaking, interrupting actually! In the midst of our normal soon to be really easy, child-free life He began making His plans abundantly clear. One day, we were on a walk and Bruce looked at me and said, “It is time to adopt.” Most decisions Bruce and I make, we make together. This time, I knew instantly and without a doubt he had heard from the Lord and it was time.

Now, so many questions began arising. Domestic adoption or International? Boy or girl? Special needs or healthy? What agency? Oh and of course, “ how can we afford any of this?” As we began praying and seeking God concerning this adoption He made His desires very clearly known. We read the One Year Bible and during this time specifically, God continually kept reminding us through His Word to care for the orphan and that He would provide. He led us to adopt from China which is rather odd because when we would discuss adoption prior to actually adopting we had always said we would want an African-American child or an African child. We never had thought about adopting from China. One day, our daughter Victoria, myself and Bruce were all at different places yet the Lord spoke to each of us separately that we were to adopt from China. (Our oldest son, Taylor was away at college and didn’t have the opportunity to share in this process with us though he would have loved to.) Through walking by faith and doing what we could do to earn extra money and by cutting out all extras. He provided miraculously every single step of the way! We were also able to receive two interest-free loans to assist us in our process which helped significantly! Even with all the help it is a huge sacrifice financially, but God gives all you need exactly when you need it.

The Lord showed us that we were to adopt a special needs boy (in reading about adoption from China we understood we would probably get a boy since there was such a great need due to so many boys being available) or girl. It didn’t matter to us, but we were so excited to think about having another boy. When we considered adopting multiple times before in years past we had always felt we could never handle a special needs situation. God has His beautiful ways of redirecting our hearts. Back in 2006/2007 I had the honor of working with special needs boys at our middle school. The challenges were significant, but these boys were amazing! I remember then wondering on multiple occasions if the Lord would ever entrust me with a child with special needs and if He did could I rise to the challenge.  Even then He was preparing my heart to adopt our darling Judah Wen.

On April 5th we received our first and only referral of our beautiful Dang Fu Wen. He was adorable! Perfect in every way, for us! His eyes - so big, seemingly so aware. His face - so precious and handsome. Was this the child we had prayed for, the one the Lord had prepared for us? As we prayed we knew we were praying for “our son!” On my birthday, April 9, 2012 we said, “yes” to Dang Fu Wen! He was to be our forever son! From the pictures we received we knew his condition looked serious. From the doctor who previewed Judah’s very limited information he thought it would be just a surgery and some corrective casts. However, our agency made it very clear that the child’s special needs could be way more than what is revealed in their information. For us, it didn’t matter concerning Fu Wen. We knew that we knew he was meant for us.

We received our precious boy October 15, 2012. What an indescribable moment! What a sacred gift that God would entrust us to be the guardians in this life of Dang Fu Wen, now Judah Wen! He was so brave. No tears (that day, anyway). He just studied us and all that was happening to him. We were overwhelmed with joy and great anticipation of all God had in store for Judah and us, together, forever! We brought him home and bonding, growing, learning has been blessed. Through the ups and downs God was so present so clearly enabling us to adjust to Judah and vice versa. That following January we took him to see the specialists at Shriners to see what could be done for his legs. I was quite certain his right leg (the most severely deformed of the two legs) would have to be amputated. I was also quite certain, his left leg looked as if casts would be able to correct the deformity. Unfortunately, we learned Judah had what is called “Longitudinal Deficiency of the Tibia” in both legs, effecting both feet. The only option was to amputate both feet and likely more surgeries in Judah’s future to correct other issues in his legs. This was quite a shock and so hard to hear.

That April he had his feet removed. While Shriners was wonderful, having the surgery to do such a thing to our new son who was still only 2 yrs of age was daunting. After surgery trying to get pain meds figured out and dealing with the emotional trauma he had faced was more awful than I could have ever imagined. Judah would grieve any time he could see his feet were gone. Initially, when it was bath time it was not uncommon for him to cry 30 minutes after seeing his feet were missing. If they were wrapped up he seemed ok, but the reality hit when bandages and shrinker socks would come off. I have never been through anything as difficult as this. My poor heart broke for my new baby! He didn’t really know us well yet. He had only been home since October and now we are removing his feet? Yet, God’s faithfulness prevailed and Judah is now walking with the help of prostheses from Shriners. Judah learned to walk 2 weeks before his sissy’s wedding. He was able to walk down the aisle as a ring bearer. He was so proud of himself and took his role so seriously! Such a precious boy! Judah fits in our family perfectly! He is so clearly one of us it is astounding! God hand picked our baby from across the world and brought him to us. God sustained and continues to sustain us through every trial and difficulty. The joy outweighs the pain exponentially! Judah is so full of life. He has had a second major surgery just this past April to correct a part of his right leg’s deformity. Though again, this was so incredibly difficult as this recovery time was even longer than his amputation, God really is more than enough. Judah is now walking stronger than ever and trying to learn to run on his cool, Lightening McQueen prosthetic legs. He is happy and he loves to make other’s laugh as well. Judah says, “want to make people happy.” And oh he does. He makes his family happiest of all!

Adoption is awesome! Adopting a boy is more wonderful than words can describe! Even with all the struggles and pain we would do it again and are asking the Lord when He is ready for us to step out and adopt again. It isn’t easy. The hours are long, the exhaustion is great at times, the sacrifice is also extensive, but ADOPTION IS SO WORTH IT! Judah is a miracle from heaven. He is an extremely active, happy child and I would do it all again if God would open the door. I strongly urge whoever might read this to ask just simply ask Jesus what He would have you do. He might say no, but at least ask. The need is great, but God is greater. He is bigger than our finances, mounds of paperwork, boy or girl preferences or any other excuse. I pray each of you at least give God the opportunity to tell you “yes” or “no” concerning adoption. If He leads you to adopt, though it is probably the hardest thing you will ever do, it will certainly be one of the most rewarding and it does bring new life to these precious little ones!