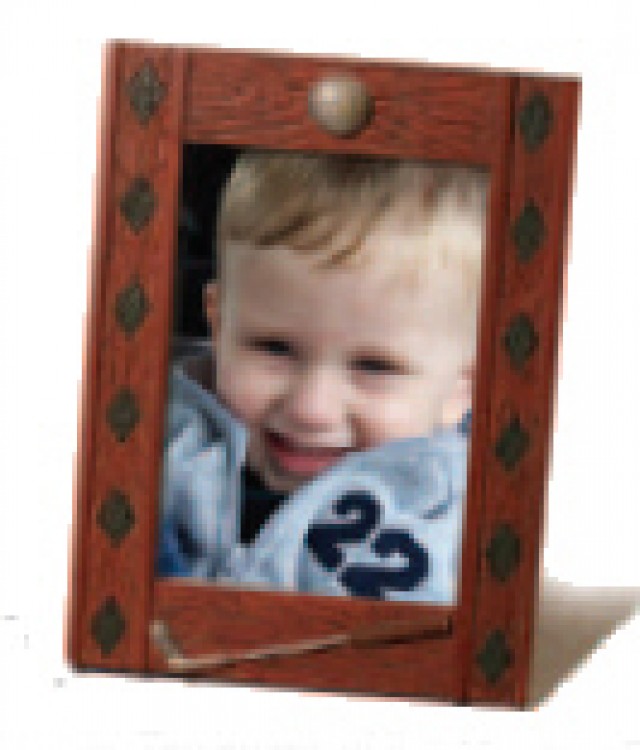 My heart was pounding with anticipation; the long-awaited opening of the door. There he was! I bent down, with outstretched arms. His big, bright-blue eyes slowly, carefully looked up at me. I saw the weight and pain of abandonment on his beautiful, innocent, baby face.

Our eyes met . . . our hearts connected . . . the wonderful bond of love began. After a moment of hesitation, he gingerly, stepped forward, on one-year-old-toddler's unsteady legs, into my waiting arms. As I wrapped my arms of love around him and pulled him close, wonderful tears of joy worked their way past my composed smile. Life stood completely still and this special once-in-a-life time moment was frozen in time. After placing a mother's tender kiss on his forehead, I gently whispered in his ear, "I'm your Mama. I love you." The rest of the world ceased to exist and I was conscious of only one thought, "For two years I carried this child in my heart, and this moment of "birth" makes us a precious family."

A family is created in many different ways, however it happens, it is a wonderful, spiritual experience. As with any birth, there truly are no words to explain the rush of love when a child is placed in your arms. Parenthood became a reality for me through the joy of international adoption and what an incredible journey it has been. The country Russia is the birthplace of my son, Artem Victorovich

Shestakov and the United States is where my son, Nicholas Ivan Baney, will grow to adulthood. He is both Russian and American, citizens of both countries for life.

After making the decision to adopt and researching international adoption agencies for several months, my heart was drawn to the orphans of Russia, a country where unemployment is high, alcoholism is commonplace, and thousands of children are left abandoned and institutionalized in baby houses and children's orphanages. I wanted to make a difference in a waiting child's life.

It was the beginning of a wonderful journey of Love. When I began compiling my adoption dossier, early 2003, it was an overwhelming task of preparing documents: INS fingerprints, background reviews and endless notarized signatures. But, by December, 2003, my precious dossier was sent to the Russian Siberian Region of Kemerovo. With a mother's faithful prayer and kiss on the front of the sealed envelope, my priceless documents left my hands. The

hard part, however, was yet to come, the Wait .

On the other side of the world, Artem was struggling to survive his first year of life. In February, 2004, at thirteen-months, he was placed in a Baby Home in Novokuznetsk, Russia; one of the largest cities in south Siberia. So began his life as a Waiting Child . .

I received the "call" from Children's Hope in mid July. The Wait was finally over. Mother and child were finally ready to meet each other. My life immediately became a whirlwind of activity preparing for the trips to Russia. August was my goal and the travel date marked on my calendar.

Stepping off the plane onto Russian soil was a surreal experience for this Nebraskan farm-girl. Once the plane landed in Novokuznetsk, though physically tired, excitement grew during the short, but incredibly long drive to the baby house. Literally, all was forgotten when I met my child for the first time. The joy of that moment superceded the enormous effort of literally traveling around the world.

To adopt in Russia, two trips are required. The first is a one week stay to meet the child and sign the "Petition to Court", which begins the legal adoption process in Russia.The second trip comes about two months later. Once the adoption decree is signed, the child can officially leave the baby house with the adoptive parents. Up until that time, I could only visit him for a couple of hours each day.

It was a Friday morning, when I walked into the baby house to say goodbye

to the loving caregivers that took care of my little boy for almost eight months. What a wonderful day to finally hold him forever. It was also emotional with many tears shed both Russian and American.

As difficult as saying good-bye was, Artem, now, Nicholas, was leaving for a secure, loving home; his forever family. The hearts of the caregivers were broken, but hopeful for all the children in Baby House #2. I have special memories of everyone, but I will never forget "Babushka" (grandmother). She met us that special day at the gate to let us into the baby house. Her bright smile and ready kiss welcomed us. As I walked out of Baby House #2, with my son, tears of joy and sadness rolled down our faces, as she hugged and kissed little Tyoma (baby house nickname) for the last time.

After two life-changing, schedule-driven weeks, we were finally ready to leave Moscow to fly home to Tulsa, Oklahoma. Leaving Russia was bittersweet. Excited as I was to have my son with me, I also knew I was taking him from his birth country, not knowing when he would return. Over the course of my two trips to Russia in two months, I had grown to love this country that so graciously had given me my son. So, with mixed emotions, we strolled through the narrow streets of Moscow for the last time, memorized the sights and sounds; and

tucked them away in our memory. As with any toddler, not conscious of the implications of the afternoon's flight, Nicky stopped to play in the Russian dirt of a cathedral garden. So, symbolically, we scooped up the precious dirt to take home. The flight back to New York City was an unusual day of sunshine for us. As you travel back through time zones, the sun literally never sets. It was a sign of our future together, full of sunny days of love and laughter. We had a wonderful greeting party of family and friends at the Tulsa airport, anxious to meet little Nicholas for the first time. September 24, 2004, we were finally home.

These days, Russia seems far away as our busy, daily schedule has taken over. But, as I rock and tuck Nicky into bed each night, my mind always revisits those two weeks, two months, and two years that began our special adoption journey. Life has wonderfully changed, for a little boy and a want-a-be mama. For both of us, our dreams came true in a country so far, far away. We will forever think of Russia with Love.