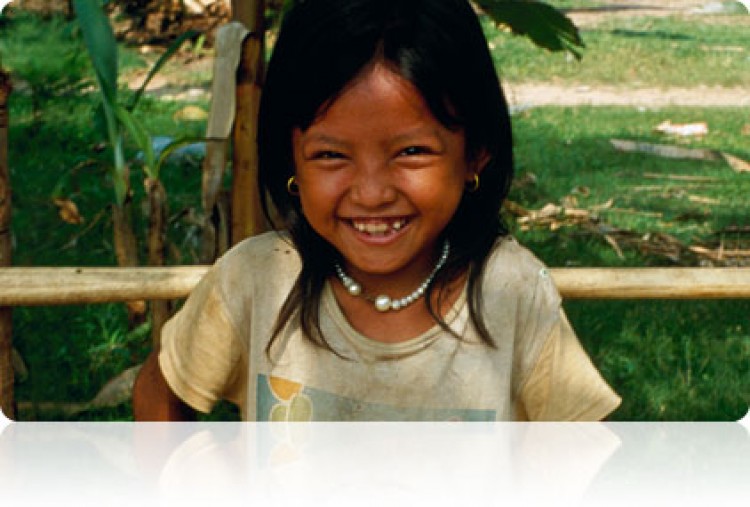 It goes without saying that when it comes to the foundation of society, the cornerstone is that of the nuclear family.  It also goes without saying that within these families children are the hope. They are the future. What happens, though, when a family’s basic needs for survival creates a roadblock and that critical cornerstone begins to crumble?  Non-profit organizations highlighting family unity on RainbowKids Orphan Care Alliance ask that same question.  What happens to families and more importantly what happens to the children when the access to food, water, and proper medical care is limited and what can we do so these families can stay together, so communities can be transformed, and children can see a future beyond the struggles of everyday existence?

A widely accepted method for bringing sweeping and lasting change to the global community is Child Sponsorship.  RainbowKids Orphan Care Alliance is very pleased to add Food for the Hungry to our growing list of organizations transforming lives through child sponsorships:

Through individual child sponsorships, FH works in communities around the world to strengthen families by improving nutrition, establishing educational assistance programs and providing access to clean water and medical care. In these communities, FH also provides parents with livelihood training, including improved agricultural practices to increase crop yields. Parents join care groups to learn to better care for their children, and savings groups to learn financial literacy and financial management, and to save money together and provide low-interest loans for starting or improving businesses — all with the goal of helping children to thrive.

The following blog post was graciously submitted by Food for the Hungry and was written by FH blogger Eileen O’Gorman:

Thinking back on my initial decision to sponsor a child, I can see it was kind of a spur of the moment choice.

It happened on my very first day of serving on the staff of Food for the Hungry (FH). During new staff orientation, I learned that I could check a box and sponsor a child. “Why not?” I thought. Decision made. I never make decisions that fast!

I chose Cristian. He’s a not-so-little-anymore Guatemalan boy whom I selected in honor of two American boys I know who were adopted from Guatemala.

Since then, my work has made me well acquainted with FH’s child sponsorship program. I bring my letters to Cristian to the office to add to the stacks of “child mail” and see how the whole thing works behind the scenes. I’ve met FH staff in various countries who do their jobs with excellence, love the communities where they work and make child sponsorship a reality. I read internal reports for child sponsorship, and I even got to meet Cristian in person (more on that below!)

But if I had not had this behind-the-scenes experience, I could imagine wondering…does this really work?

That’s why I was so pleased to see that Christianity Today magazine devoted a large portion of their June 2013 issue to asking if child sponsorship really makes an impact in efforts to overcome poverty globally. While Christianity Today is implicitly supportive of many Christian organizations, they approached this subject as good journalists do, with an attempt to be as unbiased as possible. And their lead article was actually based on a study that was published in the scholarly Journal of Political Economy.

Perhaps the title of that lead article gives a hint at what they reported. The title reads: Want to Change the World? Sponsor a Child. I won’t attempt to summarize the whole article, but I will share a quote. Bruce Wydick, professor of international studies at the University of San Francisco, wrote:

“You could beat the data senseless, and it was incapable of showing anything other than extremely large and statistically significant impacts on educational outcomes for sponsored children.”

Wydick goes on to explore what can be simply called the hope factor. He looks at data that indicates an increased level of “hopefulness and aspirations” among sponsored children that goes on to lead to more success in their adult lives.

Where does this hope come from? Perhaps it’s just a sense that someone from outside their community cares enough to invest in their lives.

Early in my years as Cristian’s sponsor, I did not write him letters. Why? Honestly, I saw the work that the letters created for FH staff, I knew that a translator would have to get involved and I really thought being faithful in my financial giving was the main, critical element of child sponsorship. But eventually I talked to a colleague who as heavily involved in FH’s child development programs. She quickly explained that it was not just my financial contribution that Cristian needed, but also a relationship that inspires hope. Needless to say, I started writing!

In 2011 I got to meet Cristian. I was in Guatemala for another work purpose and was close to his community. The local FH staff graciously drove me to his home. As we were driving down the main street of his town, a little girl saw us and exclaimed (in Spanish) FH! FH! FH! Wow, I was already moved. Then we got out of the truck and started walking to Cristian’s home. He was standing at the end of the lane leading up to his house. And he had been standing there—I think for hours—waiting for us. Really, waiting for me. He was absolutely thrilled to meet me and I was completely honored and giddy.

Remember the letters I eventually wrote? He was holding them. And I was holding the letters he wrote me. We sat and talked as a group (read translators involved). All of the information he had shared with me in letters was reiterated by his mom—his ear infections, his good behavior at school, his dad’s job as a police officer. Then I asked if I could take a picture with the family and they obliged. But before we wrapped up, Cristian wouldn’t let me get away without having a photo of just me and him. I’ve posted it. See his head leaning against mine? That’s ALL him. He knew I was his sponsor and I think it still means more than I know or can understand.

Now two years later, I am still writing and supporting Cristian. I imagine him growing up to reach his God-given potential. I know that the Lord was at work in Cristian’s life, family and community before I showed up to sponsor him—and He will continue that good work after Cristian grows too old to be sponsored. And right now I trust that the Lord is using my involvement in Cristian’s life in a significant way that could impact him well beyond what I will ever know or imagine.

If you have not started a journey as a child sponsor, I hope you’ll think about taking your first step today. It’s really easy to sign up to sponsor a child. And I hope your journey will be rich and meaningful as mine has been—I am sure it will be so for your sponsored child.