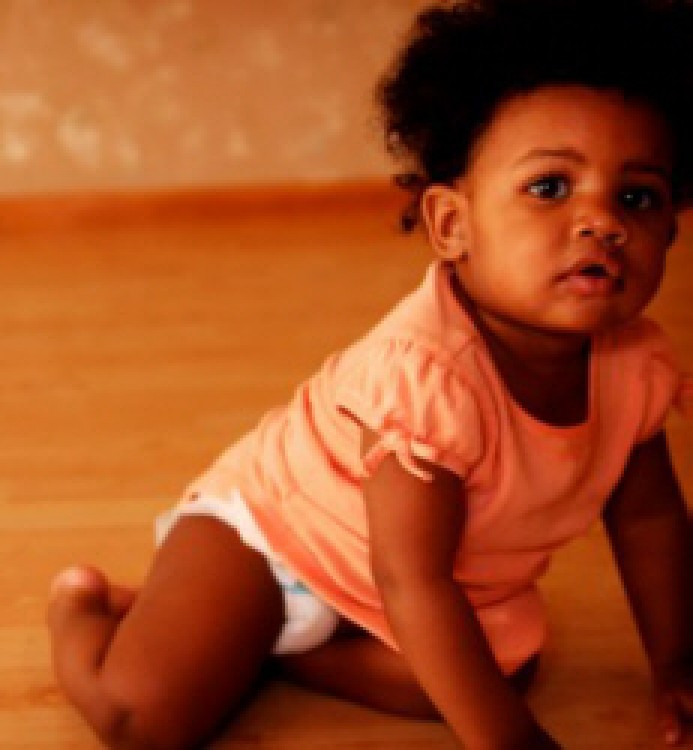 More than once recently I've flipped on the TV to hear politicos complain about the number of children languishing in foster care. Many people lay the blame on states that delay adoptions while trying to find prospective parents who are the same race as the waiting child. I've heard lobbyists and social workers and adoptive parents sound off on this subject. But rarely have I heard the most authentic testimony of all: the voices of transracial adoptees like myself.

As I was growing up, my parents told me different things about my heritage - I was Ethiopian, Mexican, black, white. But today, if someone asks me to describe myself, I say without hesitation that I am a 25-year-old African American woman. Coming to that conclusion was part of a long internal struggle about who I am, and where I came from - a struggle that has everything to do with my childhood in a white family.

In 1970, when I was not yet a year old, I was adopted by a New Mexico couple. A few months before, they had adopted my brother Fred, also African American. At the time, my parents had one son together, and a daughter from my father's previous marriage; shortly after my adoption, my mother gave birth to my youngest brother.

My father, a physicist, and my mother, an artist, were active in the civil rights movement. I guess their role in the movement was a catalyst for them to adopt children of color. When I was young and would ask them why they adopted me, I was met with silence. My questions about my biological mother - her life, her choices - remain unanswered to this day.

I now understand that there was an optimistic, West coast philosophy behind my parents' uneasiness with my questions about race. Early multiculturalists, they saw racial divisions as arbitrary, dangerous cultural distinctions. If we ignored race, they hoped, we might all live happily as one. But when I was a child, my life wasn't "colorless." It was white. And colorblindness is a luxury young black children aren't afforded by this world.

By the time I was 20 I had moved more than 15 times, from New Mexico to Holland to California - always to a town that was predominantly white. I became a chameleon, changing to blend into the environment around me. As I was growing up, countless classmates in my all-white schools told me, "Rachel, you don't *act* black." I am sick to think now I took it as a compliment.

As a toddler my favorite doll was a blue-eyed blonde. As I grew, I wore the preppiest clothes; I read Seventeen magazine, never Essence or Jet. I bought the same ivory-hued makeup for my skin as my white friends, oblivious to the existence of black cosmetics. Some of my cultural confusion makes me laugh now - like my big (I say, "shapely") butt - which I tried desperately to diet away. Forget that I was a serious athlete without an ounce of fat on my frame. People teased me, and it hurt. I wanted a body like those of the "Beverly Hills 90210" sort of girls at my school.

I wanted their hair, too, and saw the hair I had as my curse. No stylist where I grew up knew how to do a spiral perm. My mother was equally mystified. My wild, uneven Afro became a place kids at school could hide their pencils and laugh. Now, when I look at my photographs from childhood, I howl, too. On top of my head was chaos.

But the details added up to a confusion that wasn't very funny. The black people in my life were mostly on TV: the "Diff'rent Strokes" kids, the "What's Happening" gang, the stars of the National Basketball Association. Occasionally, when my family was heading somewhere in the car, we'd drive through black neighborhoods - and lock the doors.

I am not sure when my full-blown identity crisis began. I do, however, know the crucible: the drowning of my mother when I was a senior in high school, and the murder of my older sister soon after. These deaths devastated me, as nothing before or since has. I felt cut loose form all that was secure in my world.

At the time of my sister's death I was on a soccer scholarship at the University of Denver. Desperate for a small, diverse community to fill my void, I transferred to Mills, an all-women's college in East Oakland, CA, and enrolled in an ethnic studies course. Through books and friends I began to see myself.

In high school, I had read of the black experience mostly through white pens: Faulkner's Joe Christmas, Twain's Jim, white authors' histories of the Confederate South. But sitting under a eucalyptus tree on campus, reading Patricia Hill Collins' "Black Feminist Thought," I found myself saying, "Yes, that's it, yes." In class, I saw black women of all shades, all walks of life. I had never been around so many black women before, and I found instantly that there were many things we shared. We explored the autobiography of Malcolm X and the works of Zora Neale Hurston and Alice Walker. For the first time, I felt accepted in the color of my skin.

After graduation, I moved to Gambia in West Africa as part of a nonprofit teaching program. It was in part a desire to help and teach, but it was also part of my quest to see every aspect of my culture. As I moved on to other cities, other jobs, I couldn't help but feel that I should have been better prepared for the real world, where racial divisions are plainly evident. I was late in learning, but I learned.

Sadly, as I began to identify more with African American culture, I was seen as rebellious back at home. My father, hurt, accused me of perpetuating racism, accentuating the great divide. We have yet to mend our relationship, although I hold him dear to this day.

In 1994 I was assigned by the public relations firm where I work to do publicity for a film called "Losing Isaiah," starring Halle Berry and Jessica Lange. The film is about a boy who is abandoned by his black mother and raised by a white family. To get word out about the film, I convened panel discussions on transracial adoption around the country. For the first time, I was exposed to other people with experiences and sentiments similar to mine.

Would we have preferred to have been lost in the foster care system?
No.

Would we have rather been adopted by white parents than not adopted at all?
Yes.

Would we want other children to suffer as we did when our lack of identify hit us on the head?
No. All of us, it seemed, had experienced a profound sense of loss.

In a way, I am luckier than some other transracial adoptees. I am blessed with two "god families", both of whom I found when I was in my twenties. My "aunt" Penny Rider in Philadelphia and the Hobsons in Washington, D.C., took me in at different times as though I were their own. My employer and mentor, Terrie Williams, has been my guide, helping instill a thousand values. And then there are the sister friends who are always at my side. Without these strong presences in my life, I might still be struggling to identify myself.

It is too easy to say I am against transracial adoption. But I do think it should be a last resort. Although love should be enough, love does not prepare an African American child for the society we live in. And love does not replace the importance of knowing your own ethnicity and culture.

My peace of mind today comes form a large investment in faith - faith that I will someday raise my child (who is three months on the way) in an environment that celebrates our country's cultural diversity. She will know the books, the history, the art I never knew when I was young. She'll eat the cornbread, the jerk chicken, the rice and peas. She might have green dolls, or orange ones - maybe *one* blonde doll - and she'll have lots and lots of black ones. And I will tell her the truths, harsh and beautiful, about her blackness. She will have to work harder to succeed. She will have to be strong and self-reliant - but she will have a mother determined to give her the tools she needs. She will have a parent who is proud, finally, to be who and what she is. A 37-year-old African American woman. Who just happened to be adopted by white parents.

Author info: Rachel Noerdlinger is the Director of Communications at National Action Network.

First Experiences With Your Adopted Child