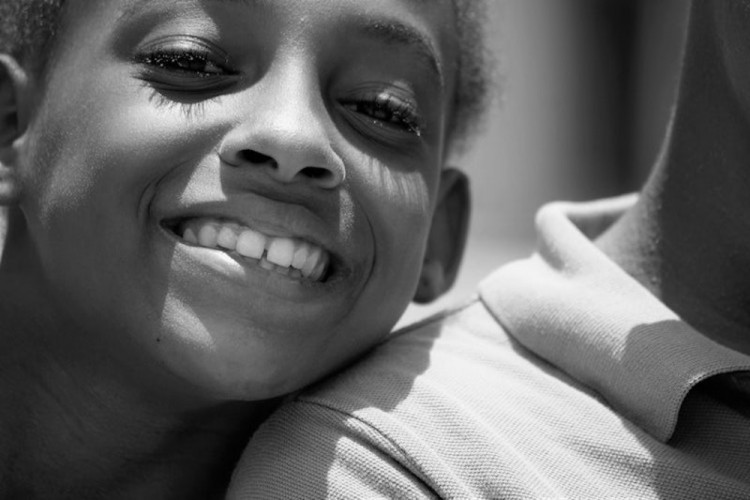 On his personal blog about adoption, fatherhood, and lessons learned, WACAP CEO Greg Eubanks shares about the relationship he and his youngest son have been working to recreate.

With his son’s permission, he offers a few thoughts, with hindsight and from a trauma-informed perspective, on how important it is to build connection with our children and to be kind rather than right.

Perhaps we’ve established that I am a fixer, you and I. I am a Ph.D. level control freak. There’s nothing that my children did that I couldn’t tell them how to do better. And, unfortunately, I did.

Good grief, that’s a horrible sentence to read. Trust me, it’s a nightmare to write.

The worst of this trait was visited, I am so sorry to say, on my youngest son. He and I are nothing alike. Though there may be some rules I don’t particularly like, I’ve never met one I wouldn’t follow exactingly. And my Eli, well, he’s almost the opposite. Suffice it to say, we spent much of his childhood embattled in an unwinnable war.

Let me admire this about him for a while, which I should have done years ago, but…. bygones. There’s an integrity to him that I have to applaud. Truly. He would gladly accept any consequence to live out his convictions, even if the scope of those convictions are best left to debate another day.

Reading is fundamental. Control is forever.

There’s a story I like to tell about Eli and a particular reading teacher he had in junior high school. Not that junior high was in any remote way a positive experience for him, but the approach to reading comprehension was a particular point of contention. There was a program called “Reading Counts” or “Accelerated Reader,” wherein a student would read a book then take a test to demonstrate comprehension.

Eli viewed this method as remarkably stupid. Why on earth, he thought, should he prove to anyone that he read a book he chose for himself? From his perspective, there is an implied mistrust, and therefore an implied accusation of dishonesty foundational to such an approach to teaching. And if you don’t trust him, well then why bother? And the war was on.

So, before a single page was turned, he had been insulted. This was the starting point in his relationship with many teachers, but particularly for this one. He decided to draw a line. There was no way on earth he would answer the test questions honestly, given this context. So, he threw them all. Every last one. His relentless commitment to his line in the sand is impressive and demands a slow clap.

Throughout several parent teacher conferences, we proposed compromises: let him write or video a critique of the book. This after, all, leaned into his strengths while also demonstrating comprehension. The teacher has also drawn a line from which she wouldn’t budge, and Eli failed. Who won here? And why did it have to be a battle?

The war at home

Looking back on my parenting, I ask the same exact questions of myself. At home, I was just like that teacher, time and time again. He hated it, and I hated it. But somehow we were both compelled to continue down our respective paths, and the wall we were building between ourselves grew taller and thicker with every battle.

I was beyond frustrated that I couldn’t control him. He felt, I assume from conversations we’ve had since, increasingly isolated and as though he could do nothing right. So he picked up the mantle of “bad seed” and placed it around his neck. Or maybe I handed it to him. Either way, it weighed on him and dragged him deeper and deeper into shame.

This was the result of my efforts to fix something that was the wrong problem to begin with. He should have seen me as his cheerleader, not his warden. Given his adoption experience, I had completely misdiagnosed the issue, focusing on performance when I should have been paying attention to our connection, to our relationship. Thank God I have the opportunity to enjoy that relationship now.

If you are a fixer like me, I urge you to take a breath.

Inhale slowly, then exhale and allow your mind to follow your path to its ultimate end. See how it plays out. My guess is that you won’t like how the story ends, so I implore you to lay your weapons down. Forget about the report card, or the clean room, or whatever that button is that is continually pushed. Try like hell to connect with your children, and see them for the heartbreakingly beautiful survivors they are.