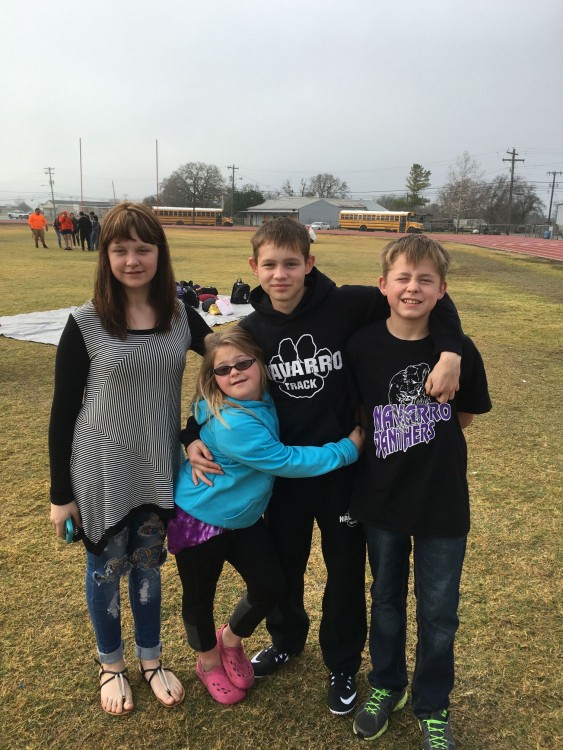 We started our journey not towards adoption, but simply to host an orphan for Christmas in December of 2014.  But God had a plan different from our initial thoughts! On January 1st of 2016 we added three precious children to our family. Who would have predicted!

For hosting, we chose two boys from Ukraine, brothers, age 13 and age 15 at the time. They came into our house and added much joy from the very first day of arrival. They were kind, compassionate, humble, and very obedient. The simple joys they experienced in our daily life brought tears of joy to all of us daily. Our biological daughter, who is 11, quickly fell in love with them. We did not talk about adoption while they were with us at Christmas, but as they left my husband and I both approached the subject and felt a tugging at our heart. We began the journey in January after the boys left, and discovered they had a sister who was turning 17, and a 22 year old brother who we had not met. We discovered these children were abandoned by both parents at a very young age; our youngest was barely 1 when he entered the system. We felt very strongly that if we were going to pursue this addition to our family, we would not split these children up but would re-unite them as a family, our family. We met our 17 year old daughter in a very emotional meeting in November of 2015 during our first trip to Ukraine. We also found their biological brother who was 22 and brought him with us to all in country events while we were traveling the road to adoption.

"There are no words for the joy that was brought to these children as they were reunited for the very first time with the hope of a family. For the first time in their lives there were people who wanted to make their future a focus. The blessing our family has received from being chosen to adopt this sibling group is beyond anything I can express in words."

We adopted our daughter never having met her prior to our first trip to Ukraine.  Bringing her into our home at age 17 has been challenging at times. We knew we were called to be these children’s parents, and when you have that calling ... every challenge is followed by joy.

All three adopted children are in the public school in our neighborhood that has embraced them. The youngest is passing all his subjects and for the first time in his life is happy about school. The middle child is amazing and is three points away from an all A average and has tried out and been chosen on a 4A high school track team. Our daughter is passing all her subjects with the exception of English. They all three entered school in January and are learning the language, courageously facing every new day.

People tell us we are great people; our children are so blessed ....the reality is we are the blessed ones! We now have a family of 6 in Texas and one child still in country we are pursuing with many immigration trials to bring him to us to complete our story. The only regret we have is that we did not find them earlier to make them ours.

Adopting Luz | The Newest Light of Our Family