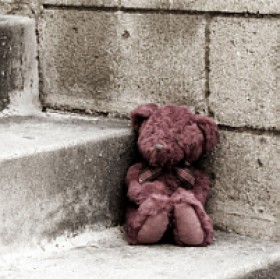 Between high-profile celebrity adoptions and significant foreign-policy changes, the topic of international adoption has been much in the news of late. Adoption professionals are grateful for the media attention, but concerned that much of the reporting on policy changes specifically in Russia, Guatemala and China tends to cast those changes as impulsively anti-American. In reality, these changes are both predictable and beneficial for children.

As the CEO of one of the nation's most experienced international adoption agencies, I am committed to doing what's best for orphaned children. When children lose their parents, it's always better for them to remain in their country of birth, provided that someone a relative or adoptive parent is able to care for them. It's only when kids have no options or opportunities for a family in their native countries that international adoption should be considered.

Children are the future of any country. These governments want to do what's best for their children. As nations develop economically, we should expect that more of their children will be able to receive adequate care without being sent to the United States. This is part of a natural cycle. International adoption is not a permanent solution to any country's needs.

Guatemala is nearer the beginning of the adoption cycle. Its government is just starting to regulate adoption procedures, to bring them in line with internationally accepted best practices for adoption ethics. The changes may be upsetting, but our experience in other countries demonstrates that this kind of regulation is the only way to safeguard children's best interests.

China and Russia are further advanced in the adoption cycle. In the case of China, there are far more prospective adoptive parents than children available for adoption. Appropriately, the Chinese government has implemented more selective standards for income and health status, seeking parents it judges to be best able to provide for a child's long-term needs.

Russia is also implementing changes. Officials are applying strict accreditation procedures, working only with U.S. agencies that abide by the highest ethical standards and adequately screen and educate prospective parents. The current delays in Russian adoption are the result of a new process for permanent accreditations, which replaces the old system that required agencies to reapply yearly. There is no indication that Russian officials plan to suspend or curtail international adoptions, and we share their concern for children's welfare.

One concern raised by some Russian officials is that adopted children should be afforded all the same rights as children born to U.S. citizens. Currently, this is a complex matter governed by state laws, creating a crazy quilt of varying requirements and procedures across the nation. We support the idea of a federal law to establish a single set of citizenship guarantees for adopted children, no matter where they reside.

When an American teen mother makes the agonizing choice to relinquish her baby for adoption, she often must also choose adoptive parents for that baby a decision that's almost as difficult. You can bet she's going to select the parents who she believes are best able to provide for the child.

It's no different with Russia, Guatemala or China. Strict standards may offend our American sense of entitlement. But international adoption is not an entitlement; it is a precious gift and a huge responsibility. International adoption has immeasurably strengthened America in terms of ethnic and cultural diversity and global awareness. Americans should acknowledge that those benefits come at a tremendous cost to the countries that have given up their children.

It may sound counterintuitive, but I do hope for the day when all nations are able to adequately care for all of their children even if that puts agencies like ours out of business.

Lillian Thogersen has adopted eight children internationally, and is the CEO of WACAP (World Association for Children and Parents), a nonprofit adoption agency based in Renton, Washington.