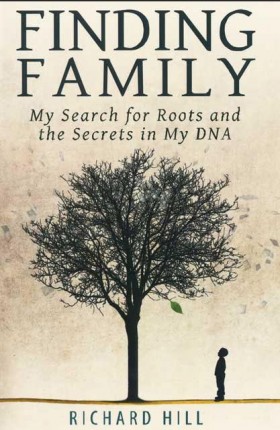 When I identified my biological father’s family through DNA testing in 2007, it was revolutionary. Even two years later my groundbreaking use of genetic genealogy to solve my adoption mystery was still newsworthy enough to make the front page of The Wall Street Journal.

The publication of my book, “Finding Family: My Search for Roots and the Secrets in My DNA,” motivated many other adoptees to try DNA testing.

Now that testing prices have plunged to less than $100 each for the most critical tests, more than 2 million people are in genetic genealogy databases with thousands more taking tests every week.

Collecting your DNA is simple and painless. Depending on the testing company, you either brush the inside of your cheek with a swab or spit some saliva into a tube.

After many successful searches, the current procedures can now be summarized in seven guidelines for adoptees.

1. Get into All Three Autosomal DNA Databases. The following tests for both men and women are critical to the process: Family Finder by Family Tree DNA, 23andMe and AncestryDNA by Ancestry.com.

Each will identify people with whom you share a common ancestor somewhere in your family trees. While your family tree may still be blank, many of your genetic matches will be genealogists with extensive family trees. Their knowledge is often the key to your success.

There is no way to tell in advance which test will uncover your best matches. The three companies maintain separate databases with mostly different people. And each test has unique strengths you won’t see elsewhere.  Since you can now get into all three databases for less than $300, that’s exactly what you should do.

2. Add Y-DNA Testing IF You Are Male. Only men have a Y chromosome. They got it from their biological father who got it from his father and so on. Surnames typically pass down this same paternal line. So a man’s closest or most frequent matches on a Y-DNA test may share the same surname as his biological father.

This shortcut works nearly 40 percent of the time. Sometimes, no one from that line has tested yet. Or the father’s direct paternal line may include a name change, another adoption or what we politely call a Non-Paternal Event (NPE).

Family Tree DNA has the largest Y-DNA database by far. Order their 37-marker test or a higher level if you can afford it.

3. Skip Mitochondrial DNA Testing. Everyone has mitochondrial DNA (mtDNA). Since only women pass it on, the mtDNA test traces your direct maternal line. Unfortunately, most of your mtDNA matches reflect common ancestors from hundreds of years ago. With female surnames changing every generation this test is rarely helpful for adoptees.

4. Know that Luck and Geography Can Impact Results. As the databases have grown, more adoptees are getting a direct match with a parent, sibling, aunt, uncle or close cousin. These adoptees are the luckiest, because they can usually complete their search with little additional effort.

At the other extreme, adoptees born in Asia, Africa and Eastern Europe will find few, if any, matches. That’s because most of the people in these databases are Americans with growing participation from Canada, Western Europe and Australia.

Even if you were born in the United States, luck may not be on your side. If your parents were recent immigrants, most of your relatives will be outside the United States and you will see few matches.

Fortunately, each of the three autosomal DNA tests includes a breakdown of your ethnic ancestry. That alone can be fascinating and worth the price of testing.

On the luck scale most adoptees will be somewhere in the middle. You will uncover many distant cousins of varying degrees. Yet working your way from their ancestors to your recent relatives will require additional time and effort.

5. Educate Yourself and Get Help Online. A good place to start is my “Guide to DNA Testing.” It’s a Kindle Short Book available on Amazon for just 99 cents. It’s the easiest, most concise introduction you can find. You don’t even need a Kindle device to read it. Amazon offers free Kindle readers for computers, tablets and smartphones.

With that basic foundation, you can explore specific topics in more detail at my website at DNATestingAdviser.com. The site is mobile friendly so you can view it on your smartphone or tablet, if you prefer.

Another great resource is the International Society of Genetic Genealogy. They have a great online Wiki and a DNA-Newbie discussion group on Yahoo.com.

Finally, there are many DNA discussion groups on Facebook. For adoptee-specific help join DNA Detectives.

6. Use Selected Third-Party Websites. You can download your raw data from any of the three DNA testing websites. Then you can upload your file into third-party sites where various utility programs can extract more information from your data. Here are three that I recommend:

DNAAdoption.com. This website teaches and supports a process called “triangulation.” Some of your DNA matches will be related to each other. If they have detailed family trees, you can often find their common ancestor — who is also your common ancestor.

The volunteers that run this site have created or collected a number of online tools to find and process these clusters among your matches. They also offer online classes and have a Yahoo discussion group where you can ask questions and get answers.

GEDmatch.com. This site has a wide variety of tools. You can compare your DNA with that of everyone else on the site to see if you have enough DNA in common to be related. Since the site accepts data from all three autosomal DNA tests, those who have only taken one or two of the tests will almost certainly discover additional matches.

You can select different admixture utilities to get different perspectives on your ethnic ancestry.  They also have a triangulation utility in their Tier 1 utility set that requires a small donation for access.

Promethease.com. If you live in Canada or certain Western European countries, the 23andMe test will also report your inherited risk for genetic disorders, your carrier status for diseases you could pass on to your children, and your likely response to certain drugs. Such information could be critically important to adoptees with no family medical history.

In the United States, however, the FDA suspended the 23andMe health reports in November 2013. One of the reasons given was that people could be harmed by such knowledge about themselves and might make bad decisions. Does this argument sound familiar? Just ask adoptees who are still denied access to original birth certificates.

For a modest $5 charge, Promethease.com will analyze your raw data and report SOME medical information. It works best with 23andMe. Unfortunately, the presentation is nowhere near as clear as what 23andMe used to provide. Yet it’s better than nothing.

7. Use the Right Tests to Confirm Relationships. Once an adoptee finds someone from his or her birth family, there is often a need to confirm the relationship. Two of the autosomal DNA tests are powerful enough to confirm several close relationships between two people.

You simply need to choose Family Finder or 23andMe and order a test kit for each person. The AncestryDNA test does not report the measurements necessary to clearly distinguish among the various close relationships.

Whatever you do, don’t waste your money on old technology “sibling” or “kinship” tests. Those tests only check a handful of markers and are nearly always inconclusive.

Richard Hill is the author of two books on DNA testing. “Finding Family: My Search for Roots and the Secrets in My DNA” is an award-winning personal memoir that follows his decades long search for his birth parents. Hill's Kindle Short Book, “Guide to DNA Testing,” gives readers just enough information to choose the right DNA tests for their purposes. He also authors the website, DNA-Testing-Adviser.com and gives presentations on genetic genealogy.