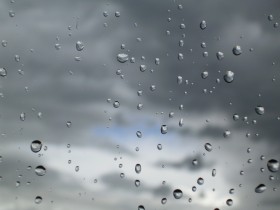 Several years ago, I availed myself to the resources provided by an adoption therapist in Michigan, Doris Landry. I found I kept getting stuck in the same place with issues from my childhood and my children had become triggers for some of the feelings. I was going places I really didn’t want to go, and parenting in ways I really didn’t like, but I felt that I didn’t have much control once the emotions overtook me. Doris gave me a great visual to use to help me understand what I was doing and she gave me a tool to be able to move forward.

The Dirt Pile
Imagine a large pile of dirt. Every time it rains, water forms channels going down the pile, rushing to get off. With each successive rain, the channels become more pronounced because it is the easiest path for the water to follow. After time the channels become really deep and the water quickly follows it’s predestined path.

This is the same with our reactions to feelings. They are the paths carved in the dirt pile. Something triggers us and down we head, following the same, timeworn path. Once we create a path for our emotions to go, it becomes really easy to react in the same way, over and over.

Building Bridges
Changing your path is a conscious choice you have to make. And it can be tough to do at times. It’s like building a bridge over the existing channel to make the water (or the reactions to emotions) go a different route. When we hit an emotional trigger, we have a choice to follow the path of the past or to build a bridge to head in an entirely different direction. It is our choice. And awareness is the first step.

The other thing we need to realize is that while we might become really good at building bridges, things that are ingrained into us over many years are very difficult if not impossible to change completely. In times of stress or really intense emotions, most likely it will be the time worn path that is the default, the easiest path to take.

While I now know I have a choice in how I react to things, some days I am much better at building those bridges than others. But one thing I have learned is that tomorrow is another chance to become that emotional engineer if I haven’t been able to do so today.

Carrie Kitze is the founder and publisher of EMK Press and the author of We See the Moon and I Don't Have Your Eyes. She is an adoptive mom and is constantly learning from her kids...