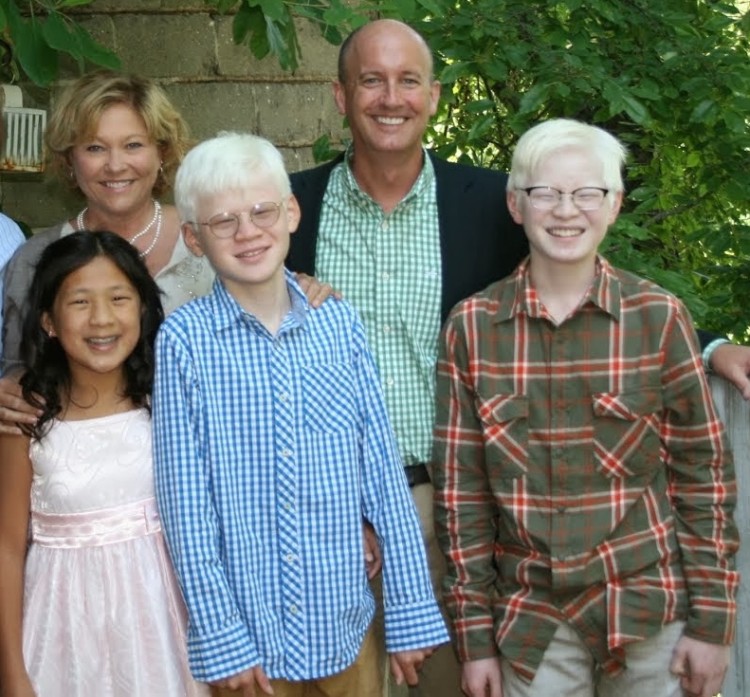 Albinism is an inherited condition that is present from birth and has a lack of pigment or melanin production in the skin, hair, and eyes. It is present in all races, and in both males and females, but some types are more common in certain ethnic populations. The overall incidence is approximately 1 in 10,000 to 1 in 40,000 people. Albinism is a disorder that is set at birth so it is generally considered static, meaning it does not change over time; but some of the issues can improve a little over time (such as vision).

There are several types of albinism and they vary as to how the pigment is affected in the eyes, skin, and hair. You may see other names of albinism including “oculocutaneous albinism” or “OCA,” which affects the eyes, skin, and hair, or “ocular albinism” or “OA,” which primarily affects only the eyes. There are also a few genetic syndromes that can have albinism as a feature but they also include other medical problems like lung, bowel, or blood problems; these syndromes are very rare.

Vision is the other most common challenge that persons with albinism encounter. Almost all persons with albinism have some form of vision impairment, which can range from mild to legally blind.  The vision problems typically include an extreme sensitivity to light (photophobia), involuntary eye movement (nystagmus), and sometimes a muscle imbalance between the two eyes (strabismus). They often wear glasses which typically transition to sunglasses when worn outside. These “transition lenses” filter the sun’s rays, allowing them to see better. There are many tools available for persons with visual impairments, i.e. magnifiers, computers, monoculars. It is rare that Braille needs to be learned.

There is genetic testing to confirm the type of albinism but most countries do not have the resources to fully assess and send the correct testing for the different types of albinism so the exact type of albinism will not likely be available prior to adoption.

The last consideration is the social and emotional support of the child. Children with albinism as a group have normal IQ’s and can lead full lives but historically, persons with albinism have been seen as “different” and so there exists support groups for both parents and children. NOAH (National Organization for Albinism and Hypopigmentation) provides local and national support by connecting families and promoting education and research. Educating friends, families, and communities about albinism helps with the emotional and social development of raising a child with albinism.

This article was generously shared by Dr. Judith Eckerle of the University of Minnesota, Adoption Medicine Clinic. Child referrals are becoming increasingly complex,  and adoption medicine professionals are identifying many more children  with special needs from all countries that participate in intercountry adoption, as well as from the United States.  To help families prepare for these changes, Dr. Eckerle and other medical specialists are writing a book: Heath Topics for Preadoptive Familes.

Meeting Your Adoptive Child for the First Time

The Joy and Struggles of Parenting a Child with ADHD