What Happens to His Gift When He Ages Out? 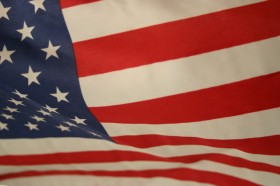 Since February 27th of 2001 adopted children were granted their Citizenship when they first entered the United States as lawful permanent residents, however they didn't get their Citizenship Certificates issued to them automatically until January 1st, 2004. That caused some confusion, as the children did become US citizens, but didn't receive any paperwork to prove it.

You can, of course, apply for the certificate at any time, but you must know that the fee is being raised from $550 to $1170. So, if you didn't file the paperwork before - now is the time. You have until December 23rd of 2016 to file under the current fee schedule.

For more information on the citizenship act please visit https://travel.state.gov/content/adoptionsabroad/en/adoption-process/faqs/child-citizenship-act-of-2000.html

Application for your Certificate of Citizenship can be found here https://www.uscis.gov/n-600

If you lost or misplaced your documents, go to https://www.uscis.gov/g-639 and file to get your FREE copy of information.

Last, but certainly not least, if you have questions that you couldn't find answers for otherwise, or if you are experiencing processing delays - you can email child-citizenship-act@dhs.gov with questions.

Every day we work hard to find families for children, and everyone who opens their heart, who shares their love, who welcomes a child into their family is both a hero, and a parent. Being a parent doesn’t get enough credit lately, but it should. Being a good parent is hard work, but that eternal bond that you build with your child, that sparkle in her eyes when she talks ...