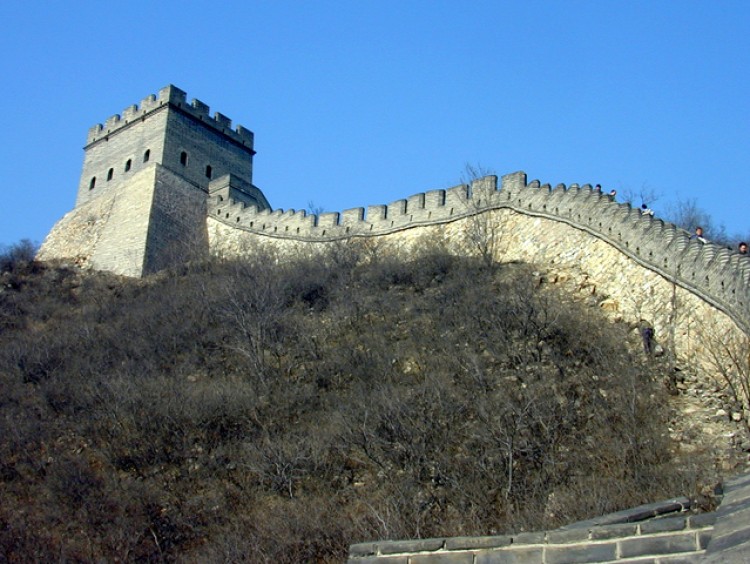 Do – Visit a park. It’s an ideal way to get a realistic glimpse into Chinese life. In most every park you’ll find people walking, kids playing and a lot of socializing going on, particularly during the weekends. You can often find a local storytelling experience, and most early mornings in a park, you will find locals who have gathered to exercise by doing tai chi, or possibly groups of people singing or dancing. In Beijing, you can find Jingshan Park by crossing the street in front of the north gate outside of the Forbidden City. If you do stroll around the imperials gardens in this park, you can also hike up the mountain and enjoy panoramic views of the Forbidden City and surrounding area.

Don’t ignore chopstick etiquette – it is important to know and respect cultural customs. Asians will consider it rude if you:

- Twiddle or play with your chopsticks

- Stick them straight up in the rice

- Gesture or point with them

- Lick the chopstick or

- Use them to stir food or drink

Do bring your own toilet paper. Westerners can be surprised to find that no toilet paper is typically supplies in public restrooms. So, B.Y.O.T., or Bring Your Own Tissue

Don’t eat everything. Unless you are at a top-end restaurant or hotel, do not eat fresh fruits and vegetables that have likely been washed with unpotable water. Unless it is cooked, peeled or boiled, just avoid it altogether.

Do bring a converter. There are several different outlet types in China and the electronic output is 220V. In North America the typical output is 110V, so you will often require a converter for such things as hair dryers and appliances. Some new electronics, such as laptops and digital cameras have built-in converters, but it is a good idea to check your produce to be certain.

Don’t hesitate when crossing the street or assume cars will stop. Traffic in China, whether motorized of pedaled, does not typically yield to pedestrians. Watch the flow of traffic for a few moments and attempt to find the rhythm of movements before you start out. Then be certain in your steps and move forward quickly in one certain direction. Also the “language” of honking the horn is very different and honking is akin to “I’m here” type of message, rather than the urgent prevention of an accident that it typically means in the U.S. It’s an entirely different experience.

Do carry cash. Small shops and restaurants, where you will likely find the best bargains and excellent food, will not accept credit cards. Come prepared with small bills to pay for goods and services. ATMs are plentiful in major tourist areas, so many travelers rely heavily on ATM usage during their travels.

Don’t buy anything in the market at the first offered price. In the street market, it is expected that each buyer will haggle to get a good price. Vendors consider themselves lucky if they encounter a foreigner who is ignorant of the cultural norm of bargaining and agrees to the originally stated price. Typically local merchants make the initial asking price twice what they expect someone will pay. In retails malls or grocery stores, there are marked, specific prices and negotiation is not expected there.

Pushing is considered necessary, so prepare your kids and yourself for that. With a population of more than 1.3 billion people, personal space boundaries are very different in China than the U.S or Canada. Chinese citizens accept and expect to push to get ahead of a crowd. Train stations can be a shock to the system if you are not prepared to physically “own your space” and be very assertive when required.

Don’t expect to access Facebook. If you are an avid Facebook (or other social media site) user, realize you will need to put your updates on hold, use a VPN. The following sites are currently not allowed by the Chinese government: Facebook, Twitter, Instagram, Tumblr, Snapchat, Picasa, WordPress.com, Blogspot, Blogger, Flickr, SoundCloud, Google+, Google Hangouts, Hootsuite You can sign up for WeChat, a social media site used xxx billion users. Also, several major news outlets are banned in China as well. The list currently includes: The New York Times, The Wall Street Journal, The Economist, Bloomberg, Reuters, LeMonde, Netflix, Youtube, Vimeo, Google News, Daily Motion, many pages of Wikipedia, and Wikileaks.

To verify if a given website is blocked just insert the URL in the Greatfire Analyzer.

Don’t worry. We will help prepare you for your trip to China

Do call Lotus Travel. We will help you as you prepare with preparation articles and resources, tips as well as professional travel advice and support. You can contact us at Lotus Tours for any questions!

Adoptee Voices: Tomorrow I Will Meet a Biological Family Member for the First Time in My Life