Urgent: It is Time for Marie-Grace to Come Home!

Five things you can expect from a sensory processing screening 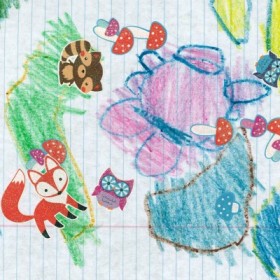 During a recent trip to several regions of India, we had the opportunity to meet many children who are waiting for adoptive families. There are children of all ages waiting who are HIV positive, and there is a large need for adoptive families to provide them a home. We had the privilege of spending time with several of the children, who were able to color pictures to represent themselves, and who told us about their favorite things. They are children who want to be “a teacher,” “a doctor,” or “a nurse”  when they grow up; who love to eat “pineapple” and “chocolate;” and to watch the “Princess Barbie movie,” and “Cars” with their friends at the orphanage. The children enjoyed singing for us; singing the “ABCs” in English, and other songs they have learned, such as “Twinkle, Twinkle, Little Star.” Each child, filled with potential, waits for a family who can look past the social stigma of their need and open their home to a new family member.

The prevalence of HIV in India is decreasing, but it continues to impact many citizens. It is reported that there are an estimated 2.1 million people living with HIV in India. While there are programs to assist in decreasing the rate of infection, there continues to be mother-to-child transmission of HIV, and it was estimated that 13,000 children in India were born with HIV in 2013. Although there have been many medical advances that have made living with HIV a manageable condition with regular medication, people with HIV continue to face stigma in India. As a result, the best opportunity for waiting children with HIV to be matched with families is through international adoption.

The adoption landscape in India has experienced many positive changes lately. Over the last several years India has been developing an online system through which licensed adoption agencies are able to review the information of waiting children, and match prospective adoptive families who are approved by CARA (the central authority in India) to waiting children. Additionally, in August of 2015 India implemented new adoption laws allowing more licensed childcare facilities/orphanages where children fit the legal orphan status to take part in the adoption process. Therefore, more children’s paperwork is being completed, and many children are waiting on the online system to be matched with approved prospective adoptive families. Every day, we see children who are HIV positive waiting for adoptive families in India on the online system.

We sincerely hope that you will take a moment to consider adopting a child living with HIV from India.  If you would like to learn more about parenting a child with HIV, we have a free, recorded webinar available that speaks to a medical professional and adoptive parent about bringing home a child living with HIV. We also welcome you to join our webinar on February 4 in which we will talk about our trip to India, the children we met, the facilities we visited, and changes that have occured in India adoption over the last year.