Birthparents: 10 Questions to Ask Before You Search 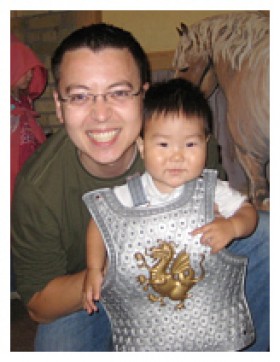 For my husband and me, making the decision to adopt our children from Korea was easy. What wasn't easy, was watching how, for a period of time, putting our plan into action tore my extended family apart. My Korean mother-in-law, born and raised just outside of Seoul, is very traditional in her values and beliefs, so when we shared our decision to adopt a baby with her, we did so with sensitivity.

I had a feeling she would need some time to digest our news, but never did I expect the emotional outburst that played out. I saw a side of her I had never seen before--crying, screaming, yelling, pleading...she was absolutely desperate for us to reconsider. She worried about how our family would now be viewed and most of all, she worried about what friends and family in Korea would think of her! When she realized that our minds were made up and that we weren't going to reconsider, she made the decision to cut ties with us. Several months went by, and we heard nothing. We did eventually hear from her, and she apologized, but still expressed her apprehensions.

Our wait for referral information about the child we would adopt was a long one, so there was plenty of time for her to get used to the idea. Finally, our turn did come and we received referral information for a beautiful little boy. Once Halmoni laid eyes on that referral photo and I saw her reaction, I knew that things were going to be okay. She immediately started gathering Korean books and toys, telling us about songs she would sing to him, Korean food she would prepare for him, and most of all, she shared in our excitement to bring our son home. She took pride in translating letters for our son's foster family and adoption agency workers, and she got excited with us as we poured over Seoul travel guides. Our journey to Korea to pick up our son was seamless and our return was even better. Waiting to greet us at the airport were all four of our son’s, very excited and 100% supportive, Grandparents--including his Halmoni.

We've since made a second trip to Seoul to be united with our daughter. When we made the announcement that we'd be adding a little girl to our family, we were met with complete excitement and support. Since that time, my in-laws have actually moved back to Korea. Gone are the days of my mother-in-law being concerned about sharing the story of how her grandchildren we added to the family. In fact, the apartment they maintain outside of Seoul is a shrine to our children; and in her purse is a photo album filled with the smiling faces of my two Korean-born children. Halmoni claims to be changing the beliefs of her Korean friends. She is a passionate, strong woman, and I believe her when she says she has become a Korean adoption advocate!