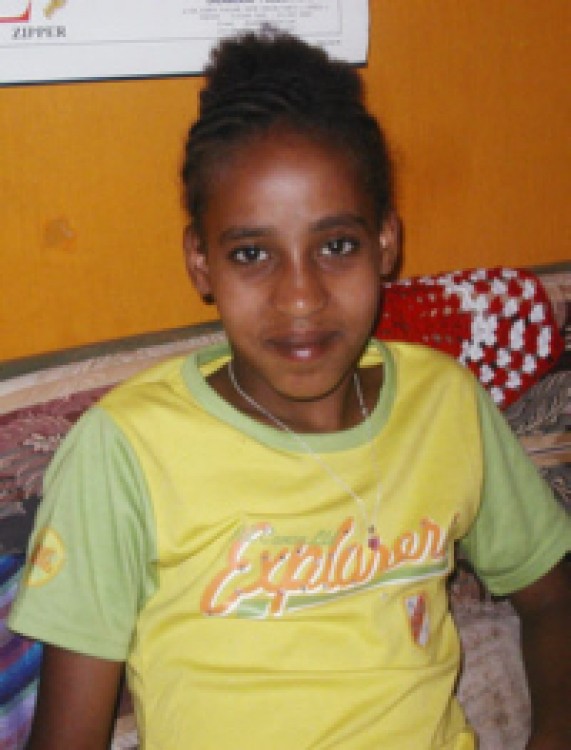 RainbowKids.com has chosen to allow the author of this article to remain anonymous. Instead, the Author and her husband will be referred to as "Abbat and Enat", meaning "father" and "mother" in Amharic, the language of Ethiopia.

Volunteering at that camp was a life-changing experience for me on so many levels, but what stuck with me the most through my five years volunteering there and in the years afterward was that I could love and care for a child with HIV. I have loved and cared for many children with HIV. I have seen their struggles to be accepted for who they are, not just seen as a disease. I have seen the many ways they are just like healthy children, and I have seen the ways that their lives are dramatically, irrevocably different. Something in me has said, since that summer eleven years ago, that I can, I should, I want to be part of these kids' lives.

On our second date, I informed Abbat that, should we ever get married, we would be adopting children. I knew that if his response was not favorable, there would be no third date. There were, fortunately, many more dates, and at some point early in our relationship, I expressed my desire to someday adopt a child with HIV. Abbat said that that was not something he thought he could ever do, and I let the matter rest, fairly certain that there wouldn't be much of a need for me to adopt an HIV+ child now that screening of pregnant mothers and treatment during pregnancy and the early weeks after birth have lowered the mother-to-child transmission rate so dramatically. It never occurred to me that my HIV+ child might be waiting for me in Africa .

It never occurred to me to adopt from Africa at all until, six months into the search for a country to adopt from, Abbat and I heard a radio program about the HIV/AIDS crisis in Ethiopia and the number of AIDS orphans there. At that moment Abbat and I knew we would be adopting from Ethiopia .

From one of the agencies doing Ethiopian adoptions, we received a brochure for AHOPE for Children, an organization in Washington state that runs an orphanage in Addis Ababa for HIV+ kids. While we were adopting our son, Efram, we sponsored Desta. Then we decided to visit her while we were in Addis to bring Efram home. We spent an entire afternoon with Desta, playing soccer, eating cookies, and reviewing her school papers. I even tried on her school uniform. That night at dinner, Abbat told me that he wanted to adopt Desta. Back in America , we told the director of AHOPE that we wanted Desta. We were told that Ethiopia was not allowing HIV+ kids to be adopted. However, four months later we were notified that things had changed and we could attempt the adoption. That was on a Friday. On Monday morning we contacted our homestudy agency and requested an update to our homestudy.

And we have had to wait. As of today, Desta is still not home, and we don't, at this point, know how much longer it will be until she is. But some day she will be, and the wait will finally be over.

Sponsor an orphaned child with HIV: http://www.ahopeforchildren.org/ (excellent opportunity! Use their online Network for Good button to have your monthly donation made automatically)