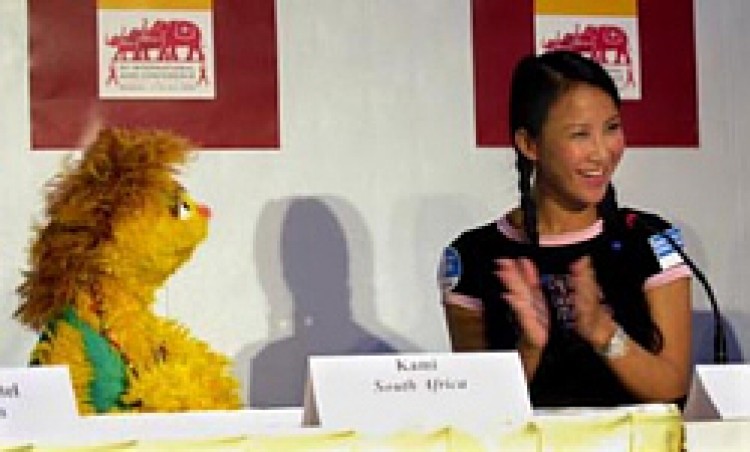 "Parents have to realize that there is a stranger in your house. If you came home and you found a strange man...teaching your kids to punch each other, or trying to sell them all kinds of products, you'd kick him right out of the house. But here you are; you come in and the TV is on; and you don't think twice about it." Dr. Jerome Singer, Yale University

During my last year of college, I saw the documentary, Slaying the Dragon, which traced the history of Asian women stereotypes in the media from Anna Mae Wong's original dragon lady to Connie Chung's model minority, and I cried. Seeing the actual footage (and the same stereotype over and over again) crystallized what exactly people in American society saw when they looked at me. Interviews with Asian Pacific American (APA) women discussed how those stereotypes influenced how they were treated and how they had internalized many of the stereotypes (such as the hero must always be a tall, handsome white guy). I remember storming across the UC Berkeley campus late that night, furiously ranting at how Hollywood and society could do this, but also feeling a deep hurt at how they could do this to me . The hurt was personal because these stereotypes affected how I turned out, who I became.

Numerous writings on Asian-American identity mention that growing up, there were no positive images of Asians on television and in the movies. It has almost become a stereotype in itself that when APAs go to college, we suddenly realize how many stereotypes we have internalized. Things are better now. There are more Asians and Asian Americans portrayed in the media these days, but young APAs still yearn for heroes and positive role models; we are still playing "Spot the Asian."

Meanwhile, my children are growing up, and I cannot wait any longer.

There is quite a bit of literature about teaching children to read the media with regards to violence, sexism, and women's body images, but little with regards to racial stereotyping. We should use these same techniques to teach our children about racial stereotypes in the media early, before they internalize them. We need to go beyond playing "Spot the Asian" and teach our children how to critically read and deflate stereotyped portrayals.

Find the Missing Asian--Start with PBS, then Supplement

One of the biggest obstacles in teaching children how to read media portrayals of Asians is that Asian Americans are often simply "missing" from the picture (unlike violence or emaciated supermodels, which provide plentiful "background reading" for media education). It takes some effort to Spot the Asian.

On the sad day when your children discover that there are channels other than PBS, and begin to move on to mainstream entertainment, the number of nice, safe, wholesome portrayals of Asian Americans and other minorities drops drasticallyespecially if you seek nonviolent programming. Be especially wary of reruns from the 1960's and 1970's for their reruns of old stereotypes. Some kid shows with strong Asian characters include Mulan , the new Jackie Chan Adventures cartoon on Kids'WB, Japanese anime like Card Captors , and The Mystery Files of Shelby Woo on Nickelodeon.

With such limited portrayals of APAs in mainstream television and the movies, you should supplement with other sources such as multicultural children's books, magazines, print ads, commercials, CD-ROMs, and more. I find that commercials and print ads feature the most Asian facesat last our economic clout is being recognized. Critically read these materials for stereotypes and errors, too.

If you can receive Asian television channels, supplement with Asian television, including the advertisements. Watch Asian videos and language-learning videos just so that your children can see some faces that look like theirs. Who knows, maybe they will develop some language skills, too. The goal is to treat the kids to a new perspective -- to a world where Asians can be in the foreground.

However, it is also important to be aware of stereotypes there too, especially if you have girls. Ask why they think the Asians on the Asian channel and the non-Asians on the other channels do not mix, except for that one Chinese-speaking white guy in the Chinese law firm commercial (Spot the Caucasian?). Why do villains in Hindi films have western names and western vices while the virtuous heroes and heroines have Hindi names? For fun, deconstruct the Asian depictions of Caucasians or America.

Watch for newsmakers. Mainstream media provide few imaginary role models for our children, but real ones are fairly easy to follow in the Asian-American press: sports figures like Kristy Yamaguchi and Tiger Woods, political figures like Norman Mineta, Silicon Valley entrepreneurs like Jerry Yang, and more. In your local press and community are real doctors, lawyers, scientists, engineers, journalists, professors, dancers, etc., doing real things. Point them out. Celebrate with them. If news coverage is consistently negative, shield your young children from it, and explain to your older children how even supposedly objective news media can be biased.

Finally, take the Spot the Asian game out into The Real World. A family friend who lives in small-town Tennessee makes a point to take her kids on a semi-annual great adventure to see "the real world," including big, ethnically diverse cities like L.A. and New York. They visit friends and relatives, as well as go look at real Asian Americans casually strolling down the street as if they belong. Let your children know that television is not the real world.

Talk Back to the TV

Dr. Milton Chen, author of The Smart Parent's Guide to Kids' TV, recommends limiting kids' exposure to negative stereotypes. However, this is not as simple as not allowing them to watch certain shows (as you would for violence or sexual themes) because even "family-friendly" shows will make rude stereotypical references to Asians just to get a laugh. He writes: "Even if your child is watching just a few hours of commercial TV a week, she'll be exposed to obvious as well as subtle stereotypes on programs and ads."

Once you have found some positive (or not so positive) portrayals of APAs, start talking with your children about them. Ask open-ended questions to ascertain how they see or feel about the characters in the shows. Express your disapproval of stereotyped characters and explain why you disapprove. Question assumptions, roles, and values.

In short: Teach your kids how to be media critics.

Point out inconsistencies and mistakes and ask how people could make such mistakes. My children and I recently read a picture book about a Chinese New Year's "dragon dance," but the illustrations put a lion's head on a dragon's bodywas this book about the lion dance or the parade dragon? My four and five year old girls found it hilarious that anyone could be so confused, and we talked about how not everybody knows the details of Chinese culture.

Use the television as a springboard to teach your children the APA history and culture that they will not otherwise learn in school. Why is it that Apu on The Simpsons has a PhD yet runs a Quickie Mart? Why does the girl on Jackie Chan Adventures speak with a perfect American accent even though she is recently from Hong Kong? Follow up topics or ideas mentioned on television with a visit to a museum, library, temple, or Chinatown.

Too Adult for the Kids

A dilemma for APA parents is what to do when most of the portrayals of Asian Americans, positive or otherwise, appear in adult programming, often violent (martial arts or gangster) or sexual (dragon lady or "asexual Asian male"). I like Lucy Liu, for example, but my kids are too young to watch Ally McBeal . I want my children to see positive portrayals, but without sex and violence, the alternative is to see no Asian Americans at all.

Even though I do not normally let the girls watch violent shows, I do allow Relic Hunter, Martial Law , and the new Jackie Chan Adventures cartoon. For girl power, I also let them watch Sailor Moon , hoping that the empowerment factor of teenage girl superheroes who eat sushi outweighs their boy-craziness and use of violence to solve problems. For a while, I had to remind my girls every day before school, "Please don't shoot the other kids with fire like Sailor Moon." Now I barrage them with a stream of questions like, "Do you think it would hurt to fall from the top of a ten-story building like that? Do you think you could get up so quickly after being hit with that big load of fish? Would you have to go to the hospital in an ambulance? Do you think that bad guy has a mommy?" I also explain about choreography and stunt doubles.

Similarly, when we come across over-sexualized or under-sexualized portrayals of Asian Americans, I ask if those seem like real people we know. When do we ever see young Asian women dressed in slinky cheong-sams (usually only old ladies at weddings wear them). We talk about the characters' families, homes, languages, foods, childhoods, jobs, and other details omitted from the portrayal. I explain how television is filmed, how actors are cast in certain roles, how scripts are written, the business of television.

By unveiling the mechanics of TV sex and violence, I hope to reveal it as the playacting that it is.

How to Teach about Race, Racism, and Multiculturalism

You may or may not want to make race into a big issue, and yet you do not want your children's only exposure to be the "Chinese New Year's Episode" once a year. You might talk about ways in which various characters are similar to or different from your family and people you know, physically, culturally, or otherwise. Expand your discussion to include other minority characters ("Max and Emi on Dragon Tales speak both English and Spanish, just like we speak English and Chinese.") and to broader themes ("Do you think she felt hurt when the other kids called her names?") rather than a direct discussion of racism.

According to Dr. Milton Chen, Sesame Street did not initially address issues of race directly, choosing instead to simply present a multicultural cast, until it discovered that such subtlety was lost on its preschool viewers. Although adults could appreciate the message of "It's Not Easy Being Green," some preschoolers were concluding, "Kermit was sad because he's green." Such findings the producers to create a more explicit curriculum that explores physical differences not in an adult racial vocabulary -- African American, Asian American -- but in terms that cut across racial boundaries. They actively teach that all skin colors, hair textures, and eye shapes are good; it is good to try new cultural and language experiences; and it is good to become friends with people who have a different skin color. They learn that people and families are more similar than different. You can do the same with your children.

Whenever I spot an Asian or Asian American on television, even just an extra passing in the background, I am surprised and I am quick to draw attention to that actor. My children, however, who primarily watch shows that have Asians and Asian Americans in them, are completely blasé about Spot the Asian. For them, it is normal to see APA characters on television just as it is normal to be Asian in America.

Which is as it should be.

Originally published at IMDiversity.com Asian American Village. Reprinted by permission of the author. Frances Kai-Hwa Wang is IMDiversity.com Asian American Village Acting Editor. Frances Kai-Hwa Wang is a second-generation Chinese American from California who now divides her time between Michigan and the Big Island of Hawaii. Visit her other websites at: franceskaihwawang.com and multiculturaltoolbox.com