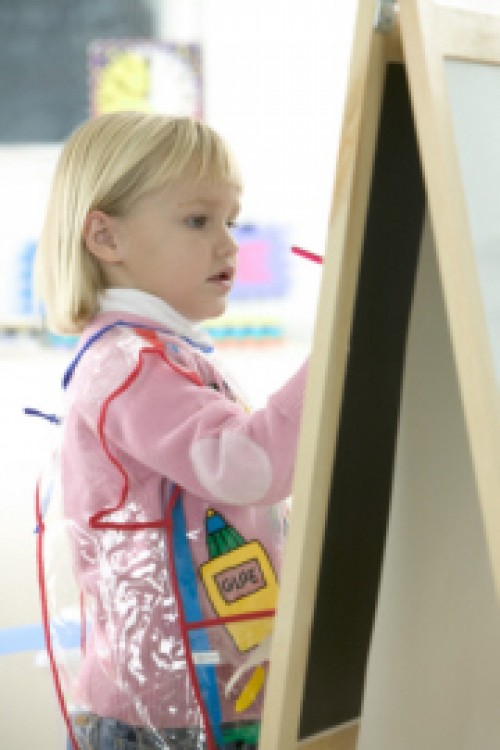 I am often asked about the dreams I had when we adopted our daughter, Amy. She was 8 years old at the time, and I dreamt so many things before I met her. Naively, I believed that she too dreamt of her new life in the United States, of the wonderful family she would have, of the new friends she would meet. I say it was naïve because I didn’t truly understand what her life was like until after we met. I realized after meeting her that dreaming about an “apple-pie” life in the U.S. was something she could never do. You can’t dream about something that is out of the realm of your imagination. When I dreamt of our new life together, I thought of Amy taking dance classes, twirling around the room with a big smile on her face. I imagined her swimming and splashing with her sister on summer vacation, and both of my girls reading books at night— snuggled up close and leaning on my shoulder. I dreamt of her first date, her first boyfriend and even her wedding day. Most of my dreams have come true. Amy dances like an angel and swims like a fish. She plays with her sister with a wonderful abandon and freedom that comes with being 11 years old. Her first date can wait.

Before writing this, I asked Amy what her dreams were before coming to the U.S. “Dreams about what?” she asked with a puzzled look. Further probing revealed the truth—“I didn’t have any.” She had no idea what life was like in America. She had no idea what America was, or what a loving, united and happy family was. Yes, she had friends and adults that she cared for and are her first family. But the true idea of family was lost to her: How could she dream of something she knew nothing about?

Through the past few years as we all grew to love and bond, I have come to realize that Amy did have a few hopes while she lived in China. They were not dreamy-eyed, soft and fuzzy fantasies we would like to think our children have. They were more like honest, childhood hopes. She may have dreamt of being loved, but it wasn’t by a new family. Amy dreamt of being loved—period. I like to think that we have fulfilled that dream.

She also dreamt of food— lots and lots of food. For Amy to be truly happy there has to be food involved. In China, she imagined a life where there were second and third helpings, where you only had to eat things you liked—and lots of it. I like to think that the worn-out pots and pans in my kitchen, and numerous trips to restaurant buffets will attest to the fact that we have also fulfilled this dream.

Amy also imagined a life without some elements. A life devoid of things she had come to fear, loathe and detest. The first thing she wanted to leave behind was pain—the emotional and physical pain of going to bed at night with an empty stomach and being denied food when she felt the pangs of hunger deep inside. It haunts her even now when she thinks her stomach will be empty for too long. This goes along with the dream of never-ending food, of course.

The other kind of pain was inflicted by adults. The kind that results from a whipping for an inadequate cleaning job, or the pain of being put down in front of your friends for wetting the bed or not doing as you were told. It was a humiliation that she had come to believe was common everywhere. It took a long time for us to convince her that she would not be hit for making a mistake, or sent to bed without food, or humiliated for anything. How could she imagine life without these things if she believed they were a part of everyday life, everywhere?

I know now that fantasy, “I-want-to-be-a-movie-star,” dreams of the future were not something our daughter experienced. She had minimal hopes and dreams. When asked about her life in China, she is shy and wants to leave those memories behind. Yet in our day-to-day lives, some of these little hopes rise to the surface. A glance at a taffy machine reminds her of a man pulling out hand-made noodles on the streets of Jingzhou. “When I watched him, I wished I could have as much of those noodles as I wanted,” she said with a dreamy look in her eyes. I bought noodles that night—lots of them. On another occasion as we cleaned her room together, Amy recounted stories of cleaning the orphanage and how she had to make her bed and fold her clothes every morning—or pay the consequences. “I always dreamed I would never have to make my bed ever again,” she said. I had to tell her that some dreams just don’t come true. She said, “Oh well, I can dream can’t I?