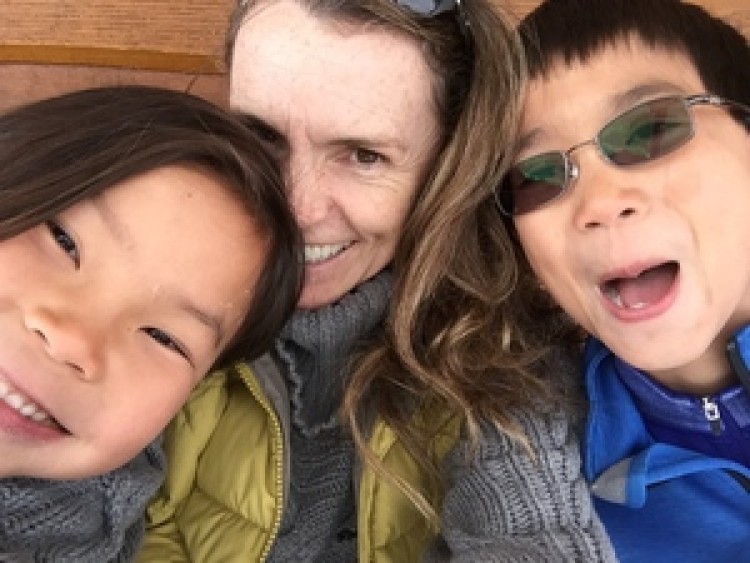 “Hey guys, we’re moving to China for a year and it’s gonna be great!  We’re going to travel and live and go to school and you’ll get to be back where you were born.  Dream come true, right?”

This wasn’t the EXACT conversation I had with my then 8 and 4-year-old.  But kinda sorta.  I’d been bitten with the travel bug in college and always knew I’d live abroad with my family some day.  That someday was twenty years later and the place we’d chosen to move was Yunnan Province in China, the birthplace of our son who we’d adopted when he was 11 months old in 2004.

Before you throw me in parent jail for my lack of sensitivity to my children’s emotions, rest assured that my motivations were pure.  I sought a bonding experience for our family.  The ability for them to absorb a new language before their brains became filled with things like paychecks and mortgages.  I wanted them to see the world outside the United States and realize how blessed we all were to have opportunities and freedoms that others do not.

However as we got closer to our departure date, the anxieties began to surface.  The children had a daily barrage of questions which included things like:

In addition to the regular old moving questions, these were layered with the complexities of being adopted…being Chinese but also fully American.  They would enter a society in which they LOOKED like everyone else but they WEREN’T like everyone else.  At least on the inside.

Within a few weeks of arriving in China, it was clear that my lack of preparation on the emotional side of things would need to be addressed.  The children were walking through the streets and were constantly approached with questions ranging from,

Who ARE those weird white people?

Where are your REAL parents?

Thankfully, I had grounding in Mandarin and was able to translate and soften the inquiries for children, sometimes deflecting them all together.

So it was that I dove into the treasure trove of online resources devoted to adoptees that return to the land of their birth and the struggles that might appear.  Slowly, I became better at understanding how our year could be both filled with transformative moments of self-identity for the children and pure adventure.

Though not a heritage tour, our year living in China provided me with the ability to look back and see those things that I excelled at in preparation for our year, as well as those things I failed at.

Three things I did poorly….

Three things I did well…

Having the ability to return to the land of your child’s birth is a gift.  With a little forethought, the journey can be one that stays with your entire family for a lifetime.

To read about Johanna and her family's year long adventures in China order your copy of Awakening East by visiting JohannaGarton.com

Born in a small town in Wisconsin, Johanna Garton first caught the travel bug in college and had always wanted to live abroad with her future family. After studying broadcast journalism and French at Syracuse University in the early 1990s, Garton taught English for 18 months in Taiwan where she learned to speak Chinese (Mandarin) and traveled broadly across Southeast Asia, deepening her interest in that part of the world. “My heart felt whole after that,” she says. It seemed natural she would come to adopt two children from China and fulfill her original intention of holding residence outside of the United States.

Garton fills her days as owner of Missionworks Consulting, a nonprofit management consulting firm in Denver. She leads workshops for parents on traveling back to China through the Chinese Heritage Camp in Denver through Regis University.

Preparing Your Anxious Child for the Start of School