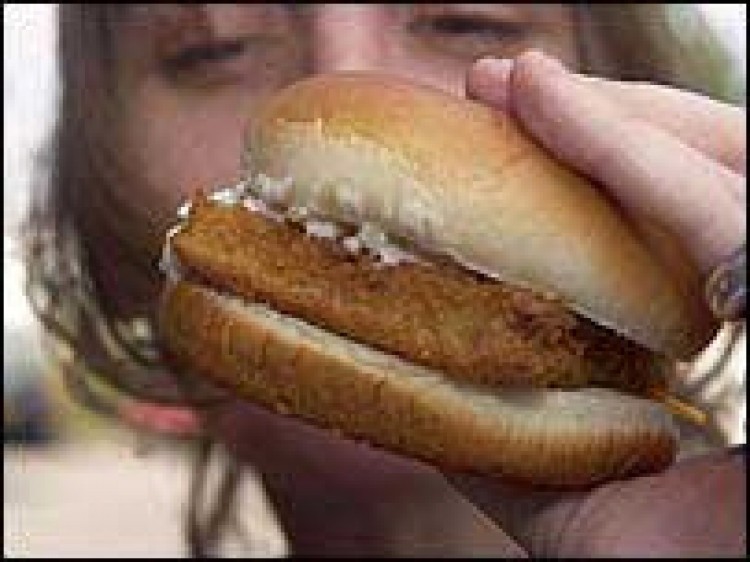 While the adoption of a child into a family has always brought countless joys and struggles for new parents, the rise of international adoption has brought fresh cultural and ethnic issues into greater awareness. Whether it is an international or domestic adoption, there are unique issues, concerns, and factors regarding the health and medical care of an adopted child prospective adoptive families may never have anticipated but would be well advised to keep in mind before, during, and after the adoption is complete . Problems and matters regarding food and diet are in particular quite common among kids who experienced deprivation and are adopted after infancy, particularly older kids from other countries and the foster system.

Whatever their age when adopted by a family, a child may be average in size, obese, or malnourished. It can be challenging to work with nutritional needs distinctive to their child, while simultaneously enhancing the child's fledgling bond with the family. Even though the child may appear "healthy" and within the normal weight range for sex and age, new adoptive parents are frequently shocked and bewildered to discover their child exhibits odd and eccentric behaviors such as hiding, hoarding and gorging food despite the availability of food.

During infancy and childhood, children learn food brings comfort and relief from the distress of their hunger. Unfortunately, for countless children who spent their first months or years of life in institutional care, they may have received their formula by propped up bottles or by a caregiver feeding more than one child at an arm's distance according to a set time and schedule and not their hunger.

"This was exactly the situation with John," related Joanne Whitman about her son, adopted at age 18 months from Bulgaria . "I witnessed it myself. The caretakers were loving, but there just weren't enough arms to go around. Unfortunately, he had not yet been given solid food, either, on a regular basis. When we adopted him, we started him on eggs..within two days he was eating bacon, toast, anything and everything we couldn't nail to the hotel floor!"

The nurturance and warmth while eating, intrinsic to attachment, was missing at a key time of development. For older children, serving sizes often were limited or even withheld as a disciplinary consequence.

"John is now 9 years old and has outgrown his rickets, malnutrition and bloated tummy." Joanne told us, "I do not blame the orphanage. It was clean, the caretakers did truly care. But food was definitely an issue for the first 2 years. Fortunately, I have to beg him to come in from playing to eat dinner now! He's all boy and all healed from that time."

Children growing up in extreme poverty or neglectful home situations often display the behaviors of hoarding and hiding food. Not knowing when or where their next meal might come from, these children cleverly learned a way to ensure their survival at the most basic of levels.

Adoptive parents who open their home and hearts to nurture a child in need may feel aggravated, annoyed, or confused to find food and empty wrappers stashed and hidden away under pillows and in dresser drawers. With consistent and loving reminders there is plenty of food in their new home, this behavior will more often than not easily subside. Infrequently, a child may eat very little.but a great variety. The sheer abundance and variety of foods makes choosing a 'snack' an overwhelming experience for a child. They may want one bite of yogurt, an orange slice, a granola bar.leaving much behind and frustrating parents about the 'waste'. It's important, always, to realize this behavior will pass.

One often cited piece of advice from one adoptive parent to another is to simply allow the child, regardless of mess or stomach upset, to eat freely, often, and have total control over at least one area that stores food. A cabinet that the child can open, or a bowl on the table with 'free' snacks that can be accessed at any time, gives the child their first control over food and this often leads to a decrease in hoarding/gorging behaviors.

Cathy Hoover adopted her daughter from China at age 23 months . "She had definitely known hunger. She was the size of a 9 month old, except for her tummy. While in China , Carly could out-eat most men that I had known. When she came home, it took her months to get used the idea of food being plentiful. She would actually growl at her brother (aged 3 1/2) if he got too close to her when she was eating."

What helped Carly get to this healthy place in her life?, "Control. These kids, even adopted as toddlers, must have full control over the food. It also is essential in bonding. Withhold a food for any reason, and you set the bonding cycle back months." States adoption specialist and social worker, Susan Emmett.

Gorging on food is the most common 'food issue' found in malnourished children. Gorging to the point of vomiting is not uncommon but thankfully usually short-term. Although gorging on food is unsettling to adoptive parents, as with hoarding and hiding, the adopted child who gorges needs to be gently and repeatedly assured he or she, unlike the past, will always have enough food to eat.

Children adopted from institutions or other places where they were served extremely bland food may display extreme finickiness with regards to their food selections. These children may need to become accustomed to the many new tastes you serve; pressuring them, engaging in a power struggle, or taking it personally will only create distance and needless animosity in your relationship.

•  Keep foremost in your mind, your task is only to provide healthy and nutritional, well-balanced regular meals. Demanding children clean their plate can hinder children knowing they are full and develop further problems later in life. Don't fight over whether the meal is consumed. Your child's only decision is whether to eat or not.

•  Food should not be used as a reward or bribe for positive behaviors or as a punishment for misbehavior. Restricting food is never advisable until your child is confident food will always be provided and available. If warranted, allow child to carry around food for a while or have a bowl of healthy food near their bedside.

•  Family meal times can and should actually be approached as an opportunity for healing and successfully completing the cycle of need and satisfaction that previously was dysfunctional.

Parents who welcome an adopted child want to nurture and love; cooking and providing food is one way of showing how much they care. With time, patience, and flexibility, the adopted child will little by little come to recognize and believe his or her needs will be satisfied as well as developing lifelong healthy habits.