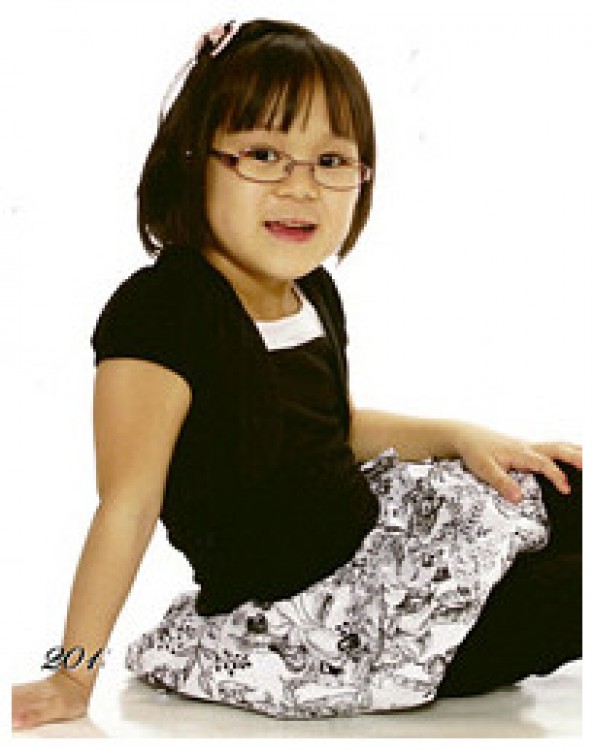 My husband and I had already raised 3 biological children.  All were grown and married with children of their own.  We were established in our careers and enjoying our grandchildren who all lived within a few miles of our home.  Then, God laid it on our hearts to adopt a child from China (long story) and, more or less, "start over".  We adopted Elizabeth, a one-year-old non-special needs child, in 2004.  After getting her home, we learned she actually had two undiagnosed physical special needs that turned out to be easily managed.  She was, and is, a wonderful blessing to our family.

Because we were not getting any younger (are any of us?), and we were both beyond China’s age limits, we believed we were no longer eligible to adopt any more children from China.  But then we learned that some agencies will advocate for those who fall short of meeting the China adoption eligibility requirements.  So we began thinking and praying about whether we should add to our family once more.

That was when we found Kimi.

At the time, Kimi had just turned 3.  According to her information, she had a diagnosis of Lypomyelomeningocele.  I had NO idea what that was and began researching it, learning it was the medical term for a form of Spina Bifida (SB).  At first, seeing that diagnosis really sounded like more than a couple already in their fifties could handle.  I also had a lot of preconceived notions as to what that might mean (and most of those notions were inaccurate).  After all, I had a full-time job, was raising another young child again, etc.  I was hesitant to move forward.  But then, a friend bluntly pointed out to me that maybe it wasn't all about me: that maybe I should be thinking about what was best for THIS child.  Taking a huge step of faith, we submitted our Letter of Intent to Adopt the following day, requesting an age waiver.  Our request was granted.

Nine months later, we were in Nanjing, China, and a beautiful, almost four-year-old child was placed in our arms.  By that evening, we knew a lot more about Kimi.  We realized that much of her referral information was inaccurate.  Her developmental needs, due to neglect in her orphanage, were a MUCH bigger challenge than her physical needs.  She had no receptive or spoken language at all, was drinking baby formula from baby bottles, and was extremely detached.  Due to her SB, she was incontinent and could not walk at all.  But we loved her.  She was ours, just as much as any of our other children, and we knew that God had chosen us, over all the other parents in the world, to provide her with the love of a family and to help her to become all that she could be.  Most importantly, we would have the privilege to teach her about God’s love for her.  While in China, the support of the other adopting families was the emotional "medicine" we needed until we could get her home.

We have been home just over two years.  Today, Kimi can walk short distances without assistance and uses a walker for longer distances.  She can talk in 3-4 word sentences, but will eventually speak normally.  She requires cathing and a bowel regimen; but will soon be able to even handle that, all by herself!  She attends full-day Kindergarten in a regular school, and we are told she will eventually catch up to her peers.  In short, she is a normal little girl, who will someday be able to live independently.  The best part is: she is attached, knows she is loved, and gives us the biggest bear hugs!  What could be better than that?!

My advice to anyone considering adopting a child with SB, is to first realize that not everything stated in the referral is accurately stated.  Second, you should learn all you can about SB; particularly, about your child’s specific needs – because no two children with SB are the same.  Before you bring the child home, line up specialists and make appointments so that you can get started with whatever treatment is necessary as soon as possible – as the outcomes are best if treated earlier rather than later.  (For example:  Orthopedist, Neurosurgeon, Urologist, SB Specialist, Developmental Specialist, Pediatrician)  Also, investigate therapies available in your area:  speech, occupational and physical therapists.  But above all, remember he/she is a child and not an illness.  Our daughter is a little girl, who happens to have SB.  She is not an "SB child".  Steer away from specialists who only view your child as a diagnosis. Also, join on-line SB groups and establish relationships with other parents who have children with SB, as they are an invaluable source of information.