When Emerson Hatch first visited Dana Johnson at the University of Minnesota Adoption Medicine Clinic, she was almost 2 years old and weighed less than 15 pounds. She’d spent much of her infancy in an overcrowded orphanage in India; she was dehydrated, frail, and thought to have cerebral palsy.

Her parents had begun the adoption process more than a year earlier, but political tumult, bureaucratic hurdles, and an earthquake kept the family in agonizing limbo for 21 months, says her mom, Angie Dove Hatch. Neglect and starvation had taken a harsh toll on Emerson.

Johnson feared the baby wasn’t thriving; her very survival was in question. That was unacceptable to Angie and her husband, Dan Hatch. What did they need to do to give Emerson her best chance in life?

Daily physical, speech, and occupational therapy at the clinic, he told them. Perhaps for years. “We said, ‘Fine!’ I quit my job that day, and we were at the U five days a week for a long, long time,” Angie says.

“Eventually she was bouncing back, making these goals we didn’t ever think she would meet. Dr. Johnson and his team are amazing. His expertise saved her life. You think there’s no hope, and then you see her progressing.”

Today Emerson is a healthy high school junior who plays two instruments, makes honor roll, and volunteers her time for others. 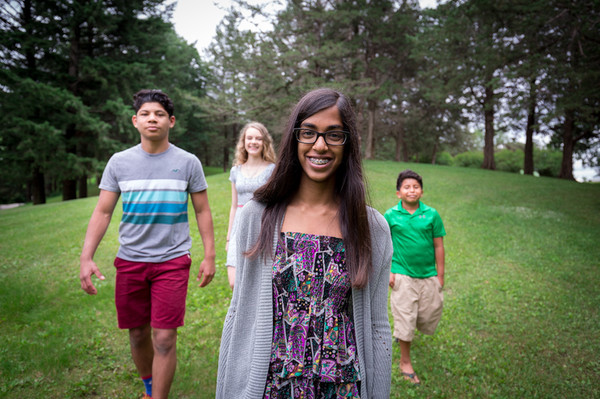 Johnson and colleague Judy Eckerle, Adoption Medicine Clinic director, have experienced many such stories over the years. Celebrating its 30th birthday this year, the pioneering clinic has served some 30,000 families around the globe, including families built through foster care and domestic adoption. Staff provide preadoption consultations and medical reviews for prospective adoptive parents, and medical care—including mental health services—to adopted kids and their families.

It’s gratifying work, Johnson says. Some children start with the cards stacked against them, but a combination of therapy, knowledge, love, and resilience almost always yields positive outcomes. “The success stories vastly outnumber the families who are struggling,” he says.

Johnson, a neonatologist by training, came to adoption medicine as a parent. After his son, adopted from India, joined the two birth children in the family, Johnson found a dearth of useful information specific to adoptive families.

“I realized there wasn’t much in the literature about problems [faced by adoptees and their parents]. After Gabriel arrived in September 1985, I thought maybe we should start a clinic.” It became the first of its kind in the country and helped to establish the field of adoption medicine as a specialty in pediatrics.

Some of the medical problems they found were more prevalent in kids from particular countries or regions, and that remains the case today, Johnson says. “You’re probably more likely to find giardia in kids from Eastern Europe. We’re always concerned with malaria in western Africa.” Regardless, every patient at the clinic is screened for the same infectious and nutritional conditions. 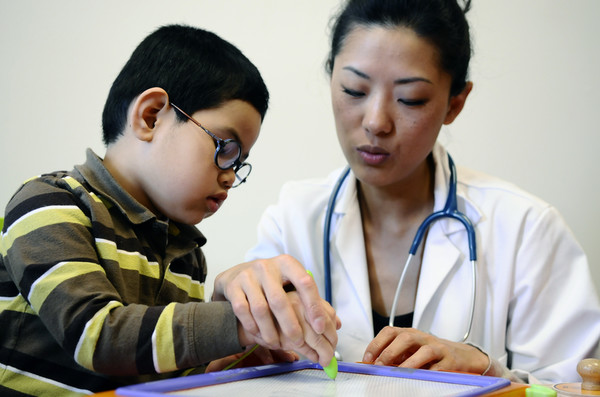 “The medical issues are important, and they need to be dealt with. And that tends to be what families are most concerned with prior to adoption,” Johnson says. “But the more long-term issues, sometimes lifelong issues, revolve around early deprivation, which can affect cognition, behavior, and mental health.”

A key part of the clinic’s mission is equipping families with knowledge and appropriate expectations, Johnson says: “Where you see family breakdown is when expectations don’t align with reality.”

While the clinic’s name changed recently from the International Adoption Clinic to the Adoption Medicine Clinic, it has always served families formed through domestic adoption and foster care. “Some of the problems we were seeing in international adoptees and kids in foster care were very, very similar: the commonality of adverse experiences in early life,” says Johnson.

LEARNING FROM THE BEST

Peers consider Johnson “the father of adoption medicine.” To Eckerle, he’s also a beloved mentor. She first met Johnson through a mentoring program when she was in high school, shadowing him as he cared for infants in the neonatal intensive care unit.

She was unaware of his work in adoption medicine until years later, when she was in medical school. After hearing about the clinic from a cousin who’d just adopted, Eckerle pursued a rotation with Johnson.

“The third day, I walked into his office and said, ‘This is what I want to do for the rest of my life. So you tell me how to go about it, and I’ll do it.’ He introduced me to people, had me author articles, sent me to conferences—he’s been an incredible mentor,” says Eckerle, who feels her own background as a Korean adoptee helps her understand adoptive families’ perspectives.

“I’m usually very enthusiastic about adoption, even when kids have significant issues, because I see the power of caring, committed adults to reverse much of what happens during that early adversity.”

— Dana Johnson, U of M pediatrics professor and founder of the Adoption Medicine Clinic founder

Johnson set up an adoption medicine research fellowship for Eckerle in 2007, and she joined him as a provider at the clinic in 2008. Two other physicians work alongside two occupational therapists, a physical therapist, and a psychologist whose specialties include fetal alcohol spectrum disorders, infant attachment, and grief and loss related to early adversity.

The clinic’s biggest challenge is finding the resources to meet the demand for its services, Eckerle says. While international adoption has declined steadily in the past decade, domestic adoption is increasing—and there are legions of children in foster care who need specialized care.

“Often they have government assistance as their insurance, and reimbursement is less,” Eckerle explains. “The need is still there: One study showed that 80 percent of children enter foster care with unaddressed medical needs. We have to fill that gap somehow.”

The clinic relies on grant and foundation support for much of its research, as well, Eckerle says. One example is a promising study exploring the ability of choline—a nutrient in the B-vitamin family that’s found in eggs and cauliflower—to mitigate the effects of fetal alcohol spectrum disorders. That project, led by U pediatric neuropsychologist Jeff Wozniak, has potentially huge implications.

If there’s a theme running through the clinic’s work, Johnson and Eckerle agree, it’s hope. “I’m an eternal optimist,” Johnson says. “I’m usually very enthusiastic about adoption, even when kids have significant issues, because I see the power of caring, committed adults to reverse much of what happens during that early adversity. If you’re nurturing a child, if you’re providing what they need when they need it, they’re going to be a far better-adjusted and healthier child over the long term.”

Susan Maas is a Minneapolis-based writer.

International Adoption Doctors: What You Need To Know